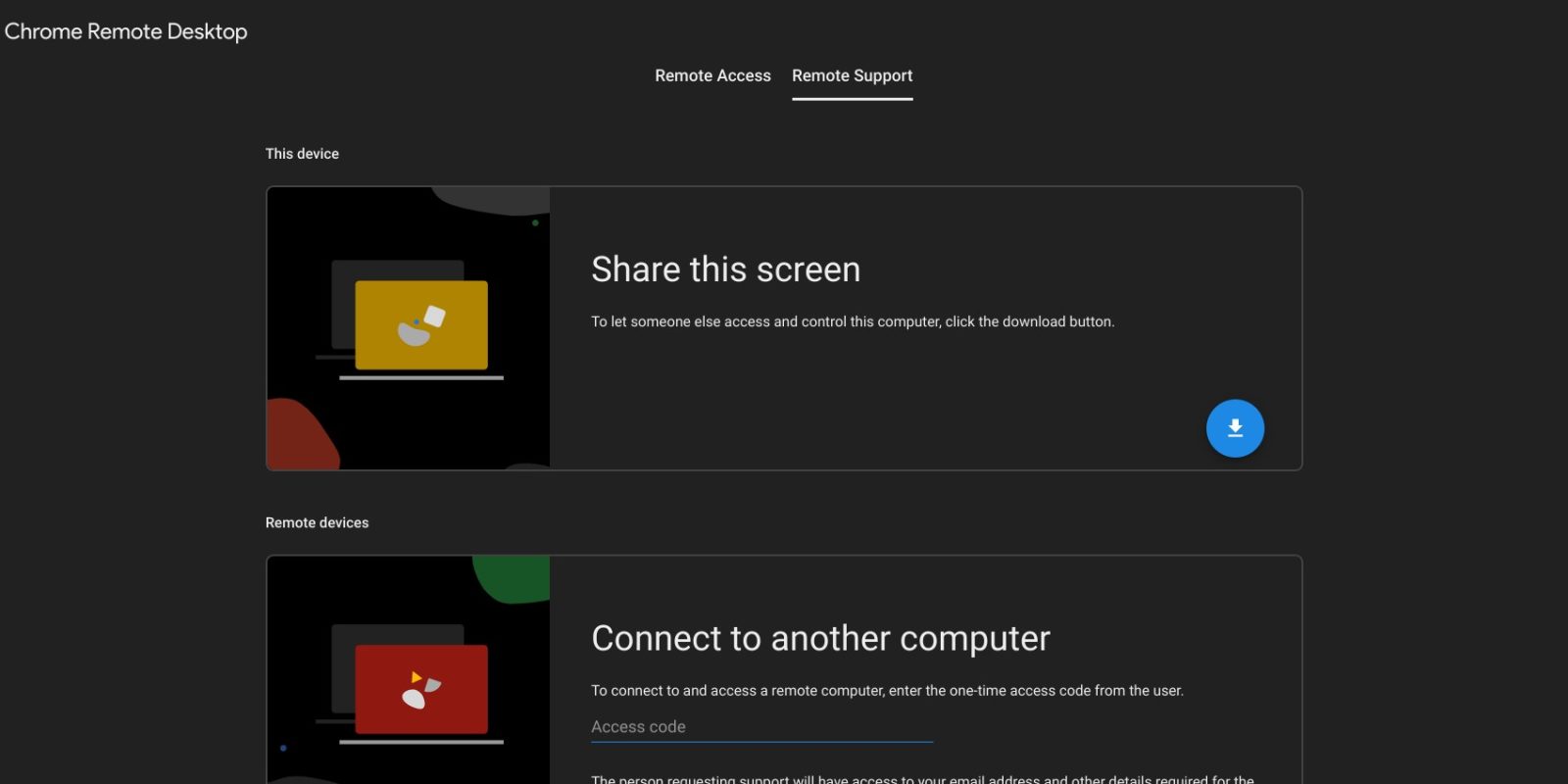 As noted by Android Police, the app has gotten another redesign. The previous version of Chrome Remote Desktop was well-suited to the first generation of Material Design, with its sharp corners and colorful background. By contrast, the new design is closer to the “Google Material Theme,” offering a simple white background and cards with rounded corners.

More importantly, in the bottom-right corner of the new Chrome Remote Desktop, you’ll find a small sun/moon icon which you can use to switch the app between light and dark modes. The light/dark mode setting carries through even to the in-session settings sidebar, where you can adjust things like the scaling of the video.

The Chrome Remote Desktop redesign comes at a time where Google seems to be putting an emphasis on dark mode for its various web apps. Most recently, the Google My Activity page got a dark mode that respects your Windows/Mac settings, while Google Search has also been gradually testing dark mode on desktops.