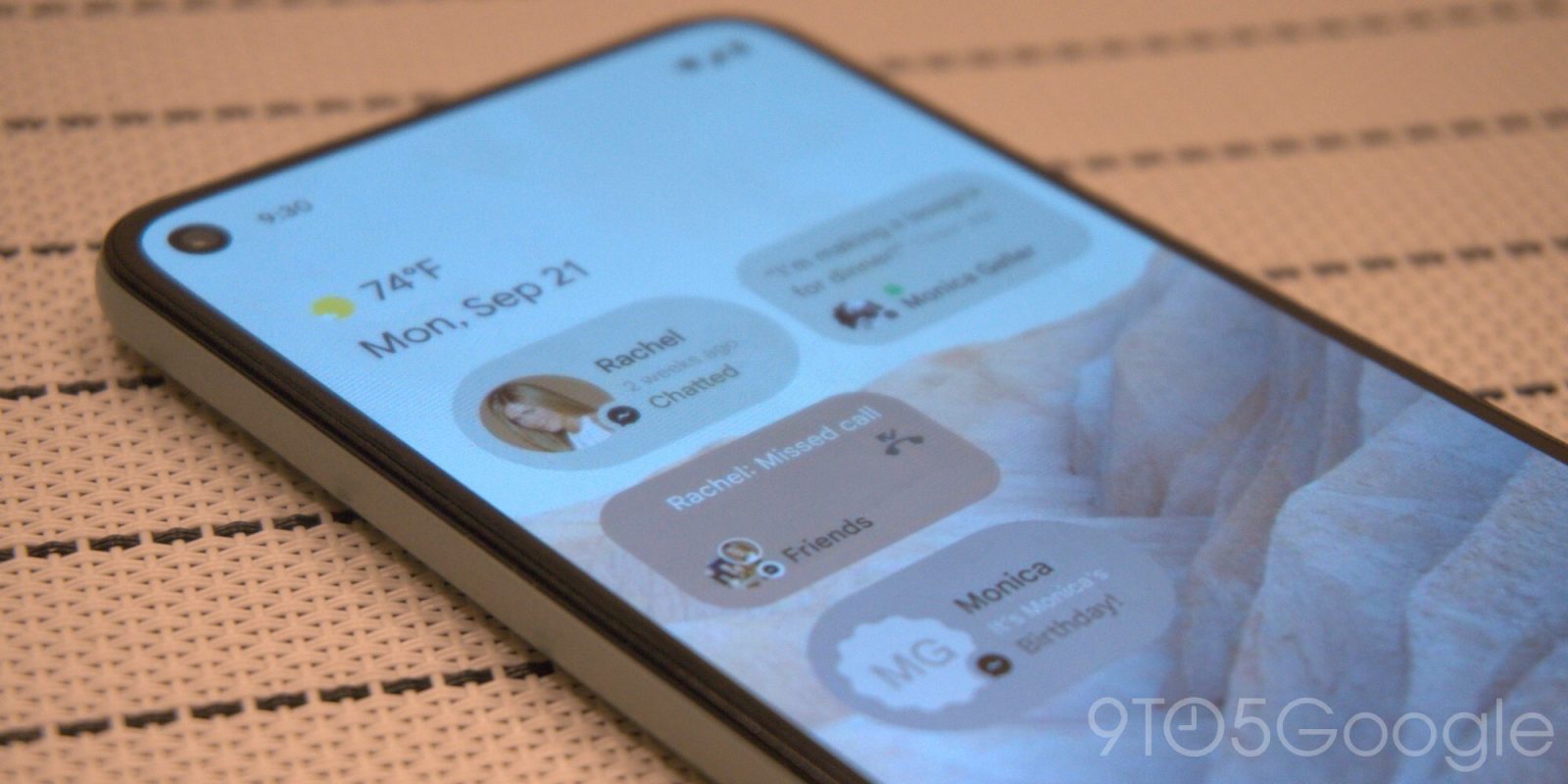 If Google follows last year’s precedent, the first Android 12 Developer Preview should be rolling this month. Ahead of that, a leak today of Android 12 design mockups show a radical visual overhaul of the Google operating system.

Last month, we reported that Google was working on an in-depth theming system for Android 12. These design concepts (from RKBDI), which reportedly leaked (via XDA) from Google briefings with OEM partners, show a sand color pulled from the similarly-hued wallpaper of hills and dunes.

We see that sand accent used to color everything from the search bar to widgets. Speaking of those, the first mockup below shows several “Conversation” widgets for “Recent messages, missed calls, or activity statuses.” Measuring 2×1, they feature the sender’s profile image and message preview. The examples below are humorously themed with characters from Friends and populated from Facebook Messenger. Developers will presumably have to support the system-level changes. Overall, these widgets reveal how Google plans to take the Android 11 tentpole of making a People-focused operating system even further this year.

Other highlights see theming extended to app icons. We see four today, and three — Phone, Clock, and Camera — of the backgrounds match the wallpaper. The Pixel Launcher is also rearranged to be left-aligned and has weather above the day/date.

The third image shows a black strip at the top (above the search field) that could be a new UI element to better prompts users about how to exit views by dragging down. We also see that the Widgets screen is no longer just a series of carousels, but rather makes use of dropdowns to be a more scrollable list.

We then get a look at the notifications sheet, which features a blurred background, with everything — again — themed in a sand color. The cards of notifications are very rounded with an increased corner curvature and app icons with better image previews. Users look to still be able to expand alerts. Meanwhile, the quick settings toggle up top are very large.

Given the early nature of this Android 12 design leak, everything seen here is subject to change during the preview period. These mockups are just meant to convey to phone makers what the big tentpoles in Android 12 are.