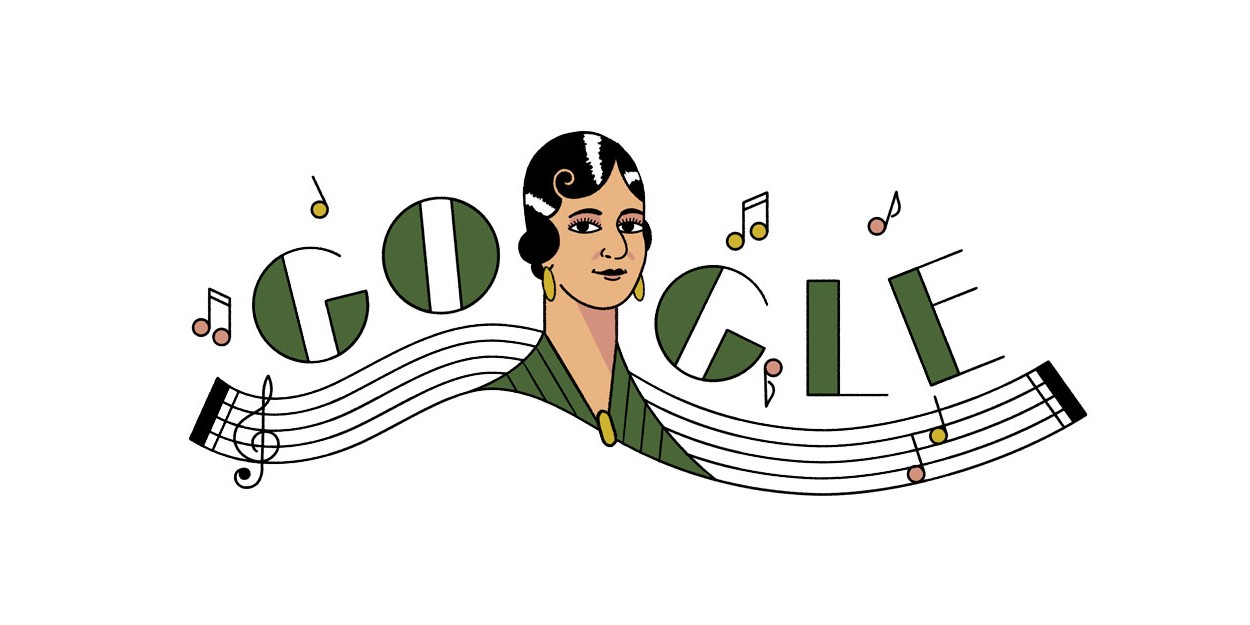 Google has replaced their homepage logo with a Doodle honoring María Grever, an internationally acclaimed composer from Mexico.

María Grever was born on September 14, 1885, in Guanajuato, Mexico, as María Joaquina de la Portilla Torres. Her passion for music emerged as early as age 4 when she composed a Christmas carol for her school.

After studying music in France under the tutelage of great composers like Claude Debussy and Franz Lenhard for a number of years, Grever returned to Mexico to begin a career as a composer, singer, and songwriter. Her first record, 1912’s “A Una Ola,” went on to sell over 3 million copies.

Starting in 1916, María Grever found work as a composer for films, with her music being used in the background of films from 20th Century Fox and Paramount Pictures. At the same time, Grever wrote and recorded numerous other songs. The best-known of these is “Cuando vuelva a tu lado,” which became a Grammy-winning hit after Dinah Washington recorded an English cover of the song in 1959, eight years after Grever passed away.

One of María Grever’s greater goals with her career was to bring an understanding and love of Mexico’s music to the United States.

I had to leave my country, and now in New York I am interested in Jazz and Modern Rhythms, but above all, in Mexican Music, which I long to present to the American people. I am afraid they don’t know much about it. It is music worth spreading; there is such a cultural richness in Mexican Music (its Hispanic and indigenous origins and how they mix) where melody and rhythm merge. It is my wish and yearning to present the native rhythms and tunes (of Mexico) from a real perspective, but with the necessary flexibility to appeal to the universal audience.

As for why Google chose this day to honor María Grever, on February 11, 1938, Grever recorded the song “Tipitipitin,” which went on to achieve great success. Most famously, the song was covered by The Andrews Sisters as “Ti-Pi-Tin.”

Over on the Google Doodle blog, today’s artist has shared some early drafts of the María Grever Doodle, giving some interesting insights into the creative process.