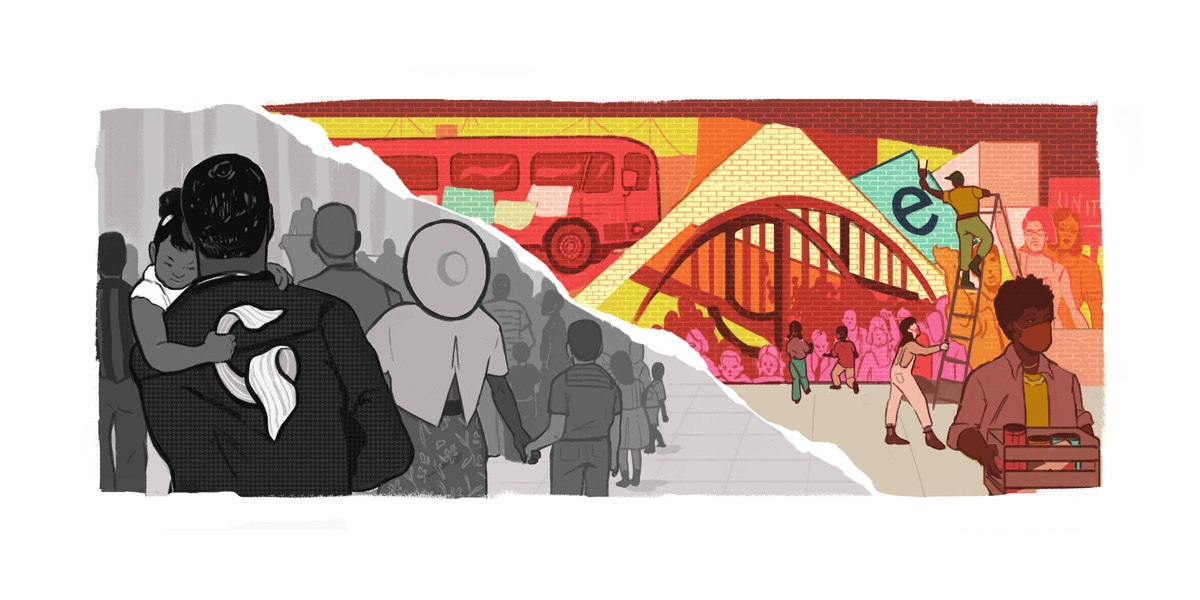 Across the United States, the third Monday of January is set aside as a day of service and community in honor of Reverend Doctor Martin Luther King Jr. This year, Google is joining in the celebration with a homepage Doodle depicting the past and present fights against racial injustice.

Today’s Google Doodle was created by Pittsburgh-based guest illustrator Noa Denmon, and depicts the past and present effect of Dr. Martin Luther King Jr.’s life and actions. On the left side, we see a monochromatic view of adults and children alike listening to a speech, no doubt meant to be depicting Dr. King.

Meanwhile, on the right side of the Martin Luther King Jr. Day Doodle, we find a group of painters collaborating on a colorful mural that represents unity. Of course, to appropriately depict our current times, all of the painters are wearing face masks.

To solidify that this is indeed a Google Doodle, you’ll see a baby holding a cloth in the shape of the letter G, the two O’s as a hat and bus wheel, the letters G and L in the bridge design, and a less hidden E, to ultimately spell out “Google.”

If this Martin Luther King Jr. Day Doodle leaves you feeling inspired to be a part of something bigger, the day is also set aside as one of only two nationally designated days of service in the US. Or to learn more about Dr. King’s life and legacy, check out Martin Luther King, Jr.: The Man Who Made His Dream a Reality on Google Arts & Culture.