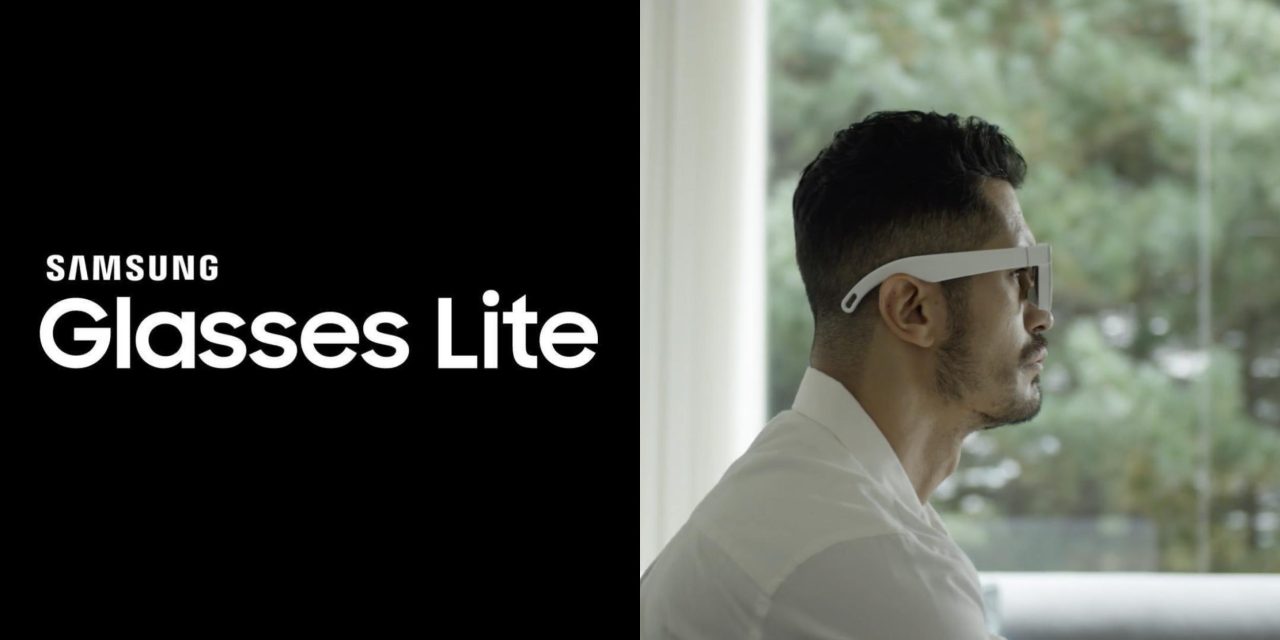 Apple, Facebook, and Microsoft — Google’s plan is not yet clear — are all working on augmented reality wearables. Samsung’s work on AR possibly leaked today, but there are many unknowns about “Glasses Lite.”

WalkingCat, a Twitter account with a known history of leaking Microsoft and Samsung products, over the weekend posted two videos. Given the source’s track record — mostly recently revealing the Galaxy Tab S7 Lite and Galaxy Chromebook 2, this is most likely a genuine Samsung video. However, the important caveat is that this could just be an internal concept rather than an actual upcoming product. WalkingCat is not sure themselves and tweeted with an “R&D Vision Concept ?” caption.

The first video starts with a title card that says “Samsung Glasses Lite” and is very much the style for the company’s product videos. We get a good view of glasses that are much thicker than regular eye frames, but immediately familiar. The last shot in this sequence is of lenses that clearly have a transparent screen embedded into them.

We then see the actual product being worn and used, with a simulation of what the person is viewing through Glasses Lite. The first use case is playing a car game on what looks to be a Samsung phone docked to a controller accessory.

It also shows an example of “Integrated Control” where a Galaxy Watch is used to switch from gameplay to watching “Video.” It seamlessly starts on the Glasses Lite, with Samsung calling this “Portable Media.” The person next switches to “Dex Display” and replies to an email with a physical keyboard, while a floating desktop appears in front of them. A “Video Call” scenario is also shown.

This person then walks outside and activates “Sunglasses Mode” to hide the AR displays and tint the shades. While in the open, this model proceeds to control a drone as part of a “New Dimension Display” feature with flight HUD.

It’s not clear what display technology Samsung is leveraging, but there are realistic details here — like how the AR screen is almost a square and that the top edge of the lenses is blacked out to hide technical components — that increase the likelihood that this is a more-developed product and not purely a concept.

The second video is of Samsung’s “Next Wearable Computing” vision. The conceptual nature of this is very apparent and includes: