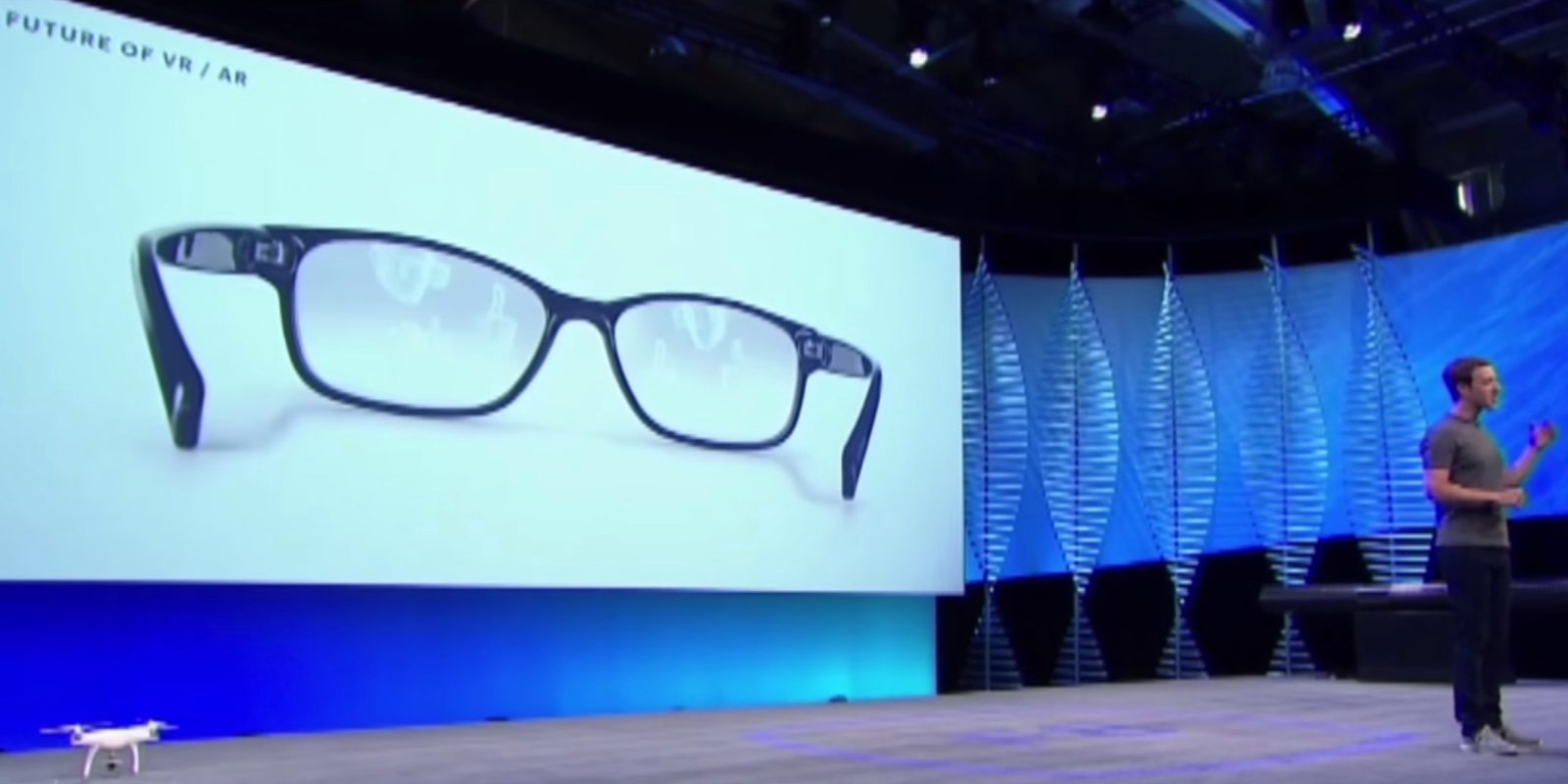 Facebook’s interest in AR smart glasses was telegraphed by Mark Zuckerberg at the company’s 2016 developer conference. A new report today reveals some details about Facebook’s “Orion” project and a possible time frame.

According to CNBC, Facebook’s glasses are internally code named “Orion.” Named after the hunter in Greek mythology, the project is being developed by Facebook Reality Labs — which essentially subsumed Regina Dugan’s Building 8 skunkworks group — in Redmond, Washington.

The social network wants the device to replace smartphones, with a small screen letting users take calls, livestream to friends, and show other information.

User input would be handled by a voice assistant that’s being developed by the same team. Facebook has also experimented on a “ring device” codenamed “Agios” that uses a motion sensor to give users another entry method.

According to today’s report, Facebook has “struggled” to miniaturize “the device into a form factor that consumers will find appealing.” CNBC also revealed a partnership with Luxottica, which owns several eyewear brands, to help development.

Update: According to The Information this afternoon, the Ray-Ban partnership is for a nearer-term project codenamed “Stella” that’s competing with Snapchat Spectacles. It will also feature an assistant and a mobile companion app.

Facebook is reportedly targeting sometime between 2023 and 2025 to have smart glasses ready for consumers, but there’s ultimately “no guarantee.” That said, Zuckerberg instructed Facebook hardware head Andrew Bosworth to prioritize development.

The most interesting part of today’s report is how Facebook wants to replace smartphones with its smart glasses. In many ways, this new form factor would give the social media company a chance to control an end-to-end hardware and software platform without being gated by Android or iOS.

However, this push for a standalone gadget that houses both processing and connectivity might delay Facebook’s effort. The latest rumors envision Apple’s competing product being tied to the iPhone, which is very much like the first-generation Apple Watch. Elsewhere, Microsoft HoloLens and the Magic Leap One are standalone devices that are very bulky on the head.

Rumors about Google’s smart glasses effort have been very quiet compared to Apple, Microsoft, and now Facebook. The Google AR & VR division seems very much quietly working, with most developments being for phone-based augmented reality and building the services groundwork.