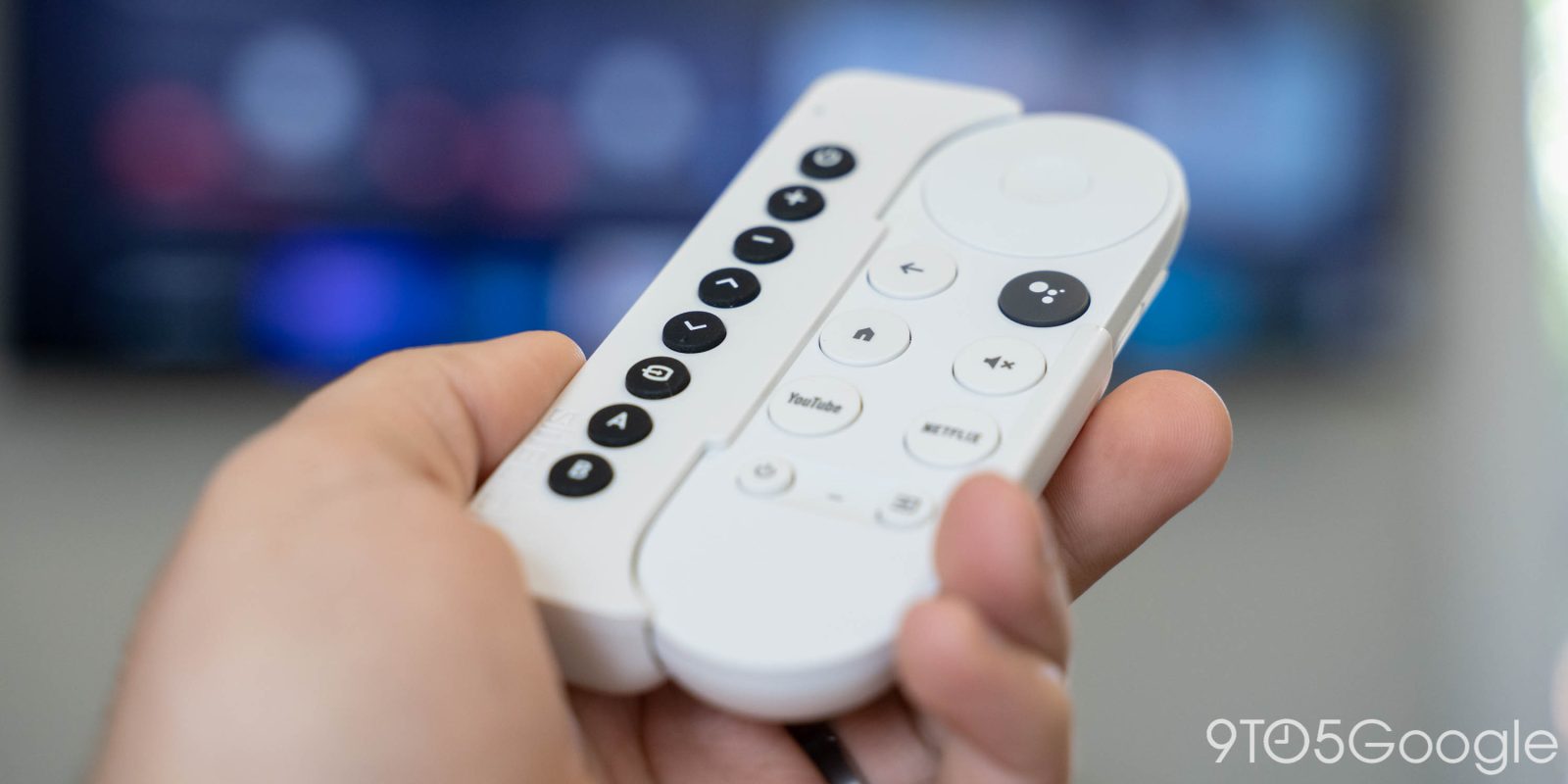 The Chromecast with Google TV is one of the best streamers on the market today, but as with most add-on devices, it means adding another remote to the living room. For many, this issue is fixed at least in part by the two IR-enabled buttons at the bottom of the included remote. If you need more, though, the SideClick for Chromecast with Google TV essentially adds a universal remote to the device.

SideClick isn’t exactly a new accessory; it’s actually been available for devices, such as the various Roku models, Apple TV, Amazon Fire TV, and more. Available for the past couple of months, though, there’s also a version available that’s designed to fit the voice remote for Chromecast with Google TV.

What’s the utility of this accessory? SideClick is essentially a miniaturized universal remote that is supposed to handle vital functions of your TV or soundbar without keeping multiple remotes out. It can duplicate the IR output of your original remote, adding it to your “new” remote.

Sound familiar? That’s because the Chromecast with Google TV’s included voice remote already does the basics of this function, although with a couple of caveats. The Chromecast remote can use IR to control TVs and soundbars for four key functions; power, input, and volume up or down. This is handled with a collection of preset codes in the Chromecast’s Android-based software. You can dig into the settings to set up these buttons.

In my case, though, these main functions weren’t enough for me to ditch any remotes. CEC could actually handle those same functions just as reliably. The SideClick, though, allows me to ditch the remote for my TCL Roku TV entirely while using Chromecast with Google TV. I did that by mapping the D-Pad, “OK,” home, and back buttons to the SideClick’s buttons. It’s a bit confusing to perform, but it’s useful for the rare times CEC fails me.

Setting up the device is easy, too. Pressing the power and “B” buttons puts the device in pairing mode, then pointing the IR remote of your choice at the SideClick lets you match any button to the SideClick. You could even map buttons from multiple IR remotes at once, too.

Notably, I actually liked the additional size that the SideClick added to the Chromecast with Google TV’s remote. I found the larger size a bit more comfortable in the hand, and it didn’t affect the reachability of the buttons at all, in fact, making them all easier to reach without adjusting my grip on the remote.

This device might not be needed for everyone, but at $24.99, I think its utility justifies the cost. One of my only complaints, though, is the color. It matches the “Snow” Chromecast almost perfectly but wouldn’t look nearly as good on the “Sky” or “Sunrise” options.