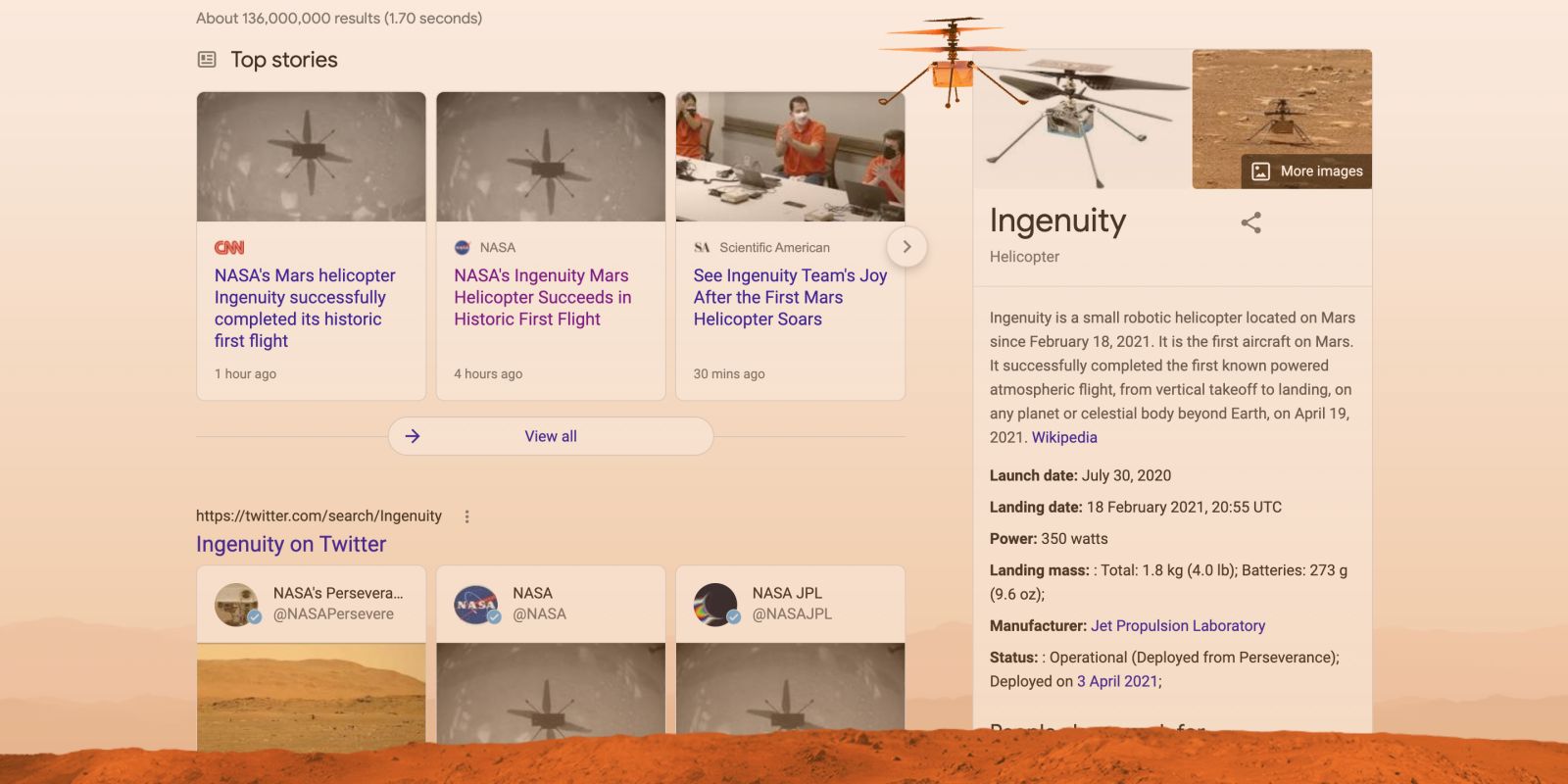 Google celebrated the landing of Perseverance in February with virtual fireworks, and today has a more elaborate Search easter egg for Ingenuity becoming the “first aircraft in history to make a powered, controlled flight on another planet.”

Like other Google Search easter eggs, searching for “Ingenuity” will reveal an animated model of the Mars Helicopter in the Knowledge Panel. Tapping elaborately takes over the entire page with a tinted red hue and Martian surface appearing below as Ingenuity delightfully zips around. The path is appropriately random, reflecting how the actual flight was autonomous, given the distance between Earth and Mars.

You can quickly share at the top of the page, while tapping exit sees the tiny aircraft first fly back to its starting position.

The solar-powered helicopter first became airborne at 3:34 a.m. EDT (12:34 a.m. PDT) – 12:33 Local Mean Solar Time (Mars time) – a time the Ingenuity team determined would have optimal energy and flight conditions. Altimeter data indicate Ingenuity climbed to its prescribed maximum altitude of 10 feet (3 meters) and maintained a stable hover for 30 seconds. It then descended, touching back down on the surface of Mars after logging a total of 39.1 seconds of flight.

This is one of Search’s more immersive Easter eggs and best enjoyed on the desktop web, but perfectly viewable on mobile. Other brands like Lego also got in on the celebrations today, and you can read more about the momentous event at our sister site Space Explored.