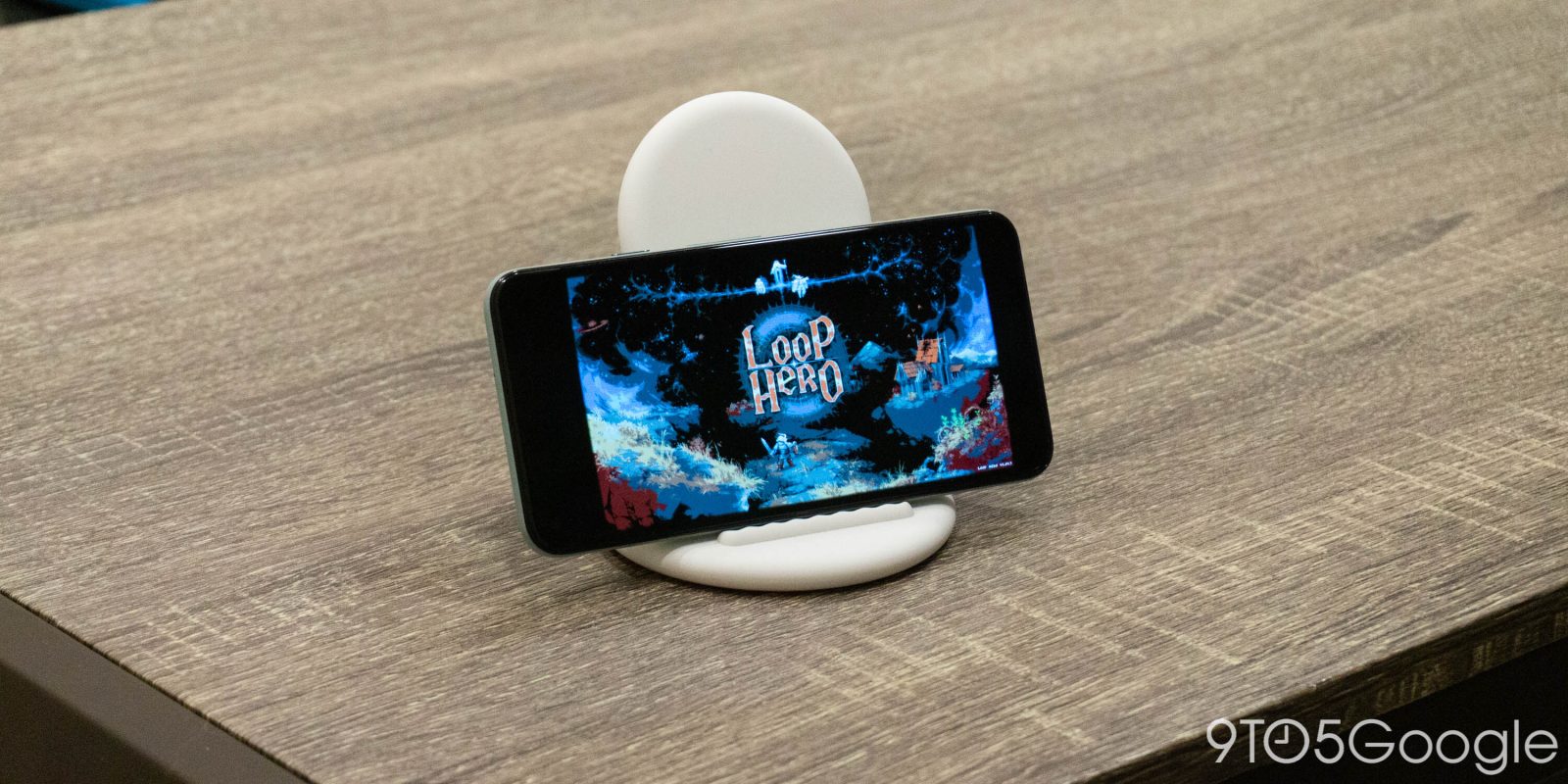 9to5Google’s Game of the Week is brought to you by GeForce NOW. GeForce NOW Instantly transforms nearly any laptop, desktop, Mac, SHIELD TV, Android device, iPhone, or iPad into the PC gaming rig you’ve always dreamed of. And, every GFN Thursday, new games are added to the GeForce NOW Library.

Loop Hero is one of the most innovative indie games that has been released in years, reversing the usual focus of “gameplay” to create a fantastically ambient experience. This reversal makes Loop Hero a perfect fit for playing from mobile.

You may think I’m crazy for using GeForce Now, a service capable of playing games with advanced ray tracing graphics, to play a retro-style indie game like Loop Hero. And to a certain extent, you might be right! However, one of the biggest benefits of GeForce Now is accessibility, bringing games places they couldn’t go before.

Despite having a gameplay loop — if you’ll forgive the pun — that would lend itself well to mobile, Loop Hero is not yet available on Android and iOS. By using GeForce Now, I thought I could skip the wait and “force” Loop Hero into being a mobile game.

But I’m getting ahead of myself. For those unfamiliar with the game, Loop Hero is one of 2021’s indie darling games, primarily because of how unique it is. The game follows the story of an adventurer whose world has been erased by powerful magic, but the hero discovers that as he remembers more about the world that was, more of the world returns to some sense of normal — a theme that hits a little closer to home in 2021 than was likely intended by the developers.

However, breaking from traditional gameplay styles, you don’t ever really control the brave adventurer. Instead, Loop Hero turns your focus to the surrounding world, the enemies within it, and the adventurer’s equipment. All of the game’s combat happens automatically, with the hero making the best of the gear you’ve equipped them with against the monsters you’ve pitted them against.

Each time you venture out from safety, you’re faced with a new randomly generated world, devoid of everything but slimes and a single looping path. After defeating a slime or two, you’ll gain tiles to place wherever you please on the map. Each tile has a special effect such as boosting your health, protecting you from overcrowded fights, or, most commonly, spawning new and different monsters.

Every enemy has its unique ups and downs. It’s up to you to figure out the best placement for tiles to either craft harder fights with better rewards or pace out encounters. For example, putting a Vampire Mansion tile in range of a Cemetery could lead to a somewhat hectic fight, but it would be sure to be rewarding. Additionally, with each loop around the path, the enemies get stronger, and the rewards get better.

To Loop Hero’s credit, you can spend as much time as you like considering the placement of tiles, as there’s a handy toggle between “Adventuring” and “Planning” modes. In the latter mode, time stops as you consider your tiles or equipment. Similarly, battle will pause should you ever decide to look over your stats or an enemy’s stats mid-fight.

There’s three main types of rewards you can earn from each battle: tiles to place on the map, equipment to improve your current run, and resources to improve your permanent basecamp.

Your equipment is a constant juggling act of checking stats of items, considering the build you’re hoping to optimize for, and making a judgement call. Each person will likely have a playstyle that suits them best, and Loop Hero does a good job of making each playstyle effective in its own way. I’ve personally found myself enjoying Evasion-centric builds, with my best runs usually ending with a 40% chance to evade or greater.

To keep you from doing tricky things like equipping health regen gear while out of battle then quickly swapping to good combat gear, each item is destroyed when it’s unequipped. This makes each decision to switch items all the more challenging. And of course, all of your equipment is lost at the end of a run.

Whether by death or by a strategic retreat, at the end of each run, you’re able to bank your collected resources at a campsite, where a fledgling group of survivors works hard to take care of one another and put the pieces back together. Here, you can place new structures to unlock upgrades and abilities that can make your next venture more successful, as well as earn new tiles to bring on a run.

From the basecamp, you can also manage the tiles that will appear in your next run. This uses an interesting deck-building-esque mechanic, ensuring that you take some bad with the good.

Loop Hero is less a game of “doing things” and more “thinking about how best to do things.” It’s almost all metagame, with limited active “gameplay” in a way that feels vaguely akin to the many idle/clicker games available on mobile. As a fan of roguelikes, the systems of Loop Hero feel incredibly familiar, yet all the while it’s obvious that this is a wholly unique design and experience that I’ve not seen before.

Loop Hero as a mobile game

Given the slower pace and ability to just let the game play itself for brief periods of time, the game can become a somewhat passive experience, rather than something you need to put your full attention into. To its credit, Loop Hero will be a fantastic mobile game once such a version is available, but for now, the closest alternative is GeForce Now, which opens the full PC version of the game on your phone — or anywhere else really.

Surprisingly — despite the app’s warning that you need a keyboard and mouse to play — most of the game is playable from my phone, with the equipment systems and Adventuring/Planning toggle working excellently by simply tapping instead of clicking. Tile placement is a bit trickier, requiring a fairly precise tap at the top of the tile followed by a tap at the location you want to place it. Sometimes this process goes awry, usually leading to a tile getting placed at the very bottom of the map. Once I got a feel for it, the tapping precision wasn’t too big of a deal.

Switching equipment is quite a bit clunkier on mobile than it is with keyboard and mouse, as with the proper controls you can hover over pieces of gear to view their stats. Otherwise, it’s a simple two-tap to equip a new item, while a careful combination of taps will more or less let you hover to view the stats.

The core gameplay loops of Loop Hero work well enough on a smartphone even in its non-mobile-optimized state. What doesn’t work quite as well is the basecamp system, as there’s no way to really hover to read what a particular unlock does before placing it.

That said, given the undeniably addictive nature of Loop Hero, it’s easy to imagine wanting a way to play through a few more loops while on the go. So while the controls are far from perfect, Loop Hero is already a much better mobile game than you might expect.

More of What We’re Playing: