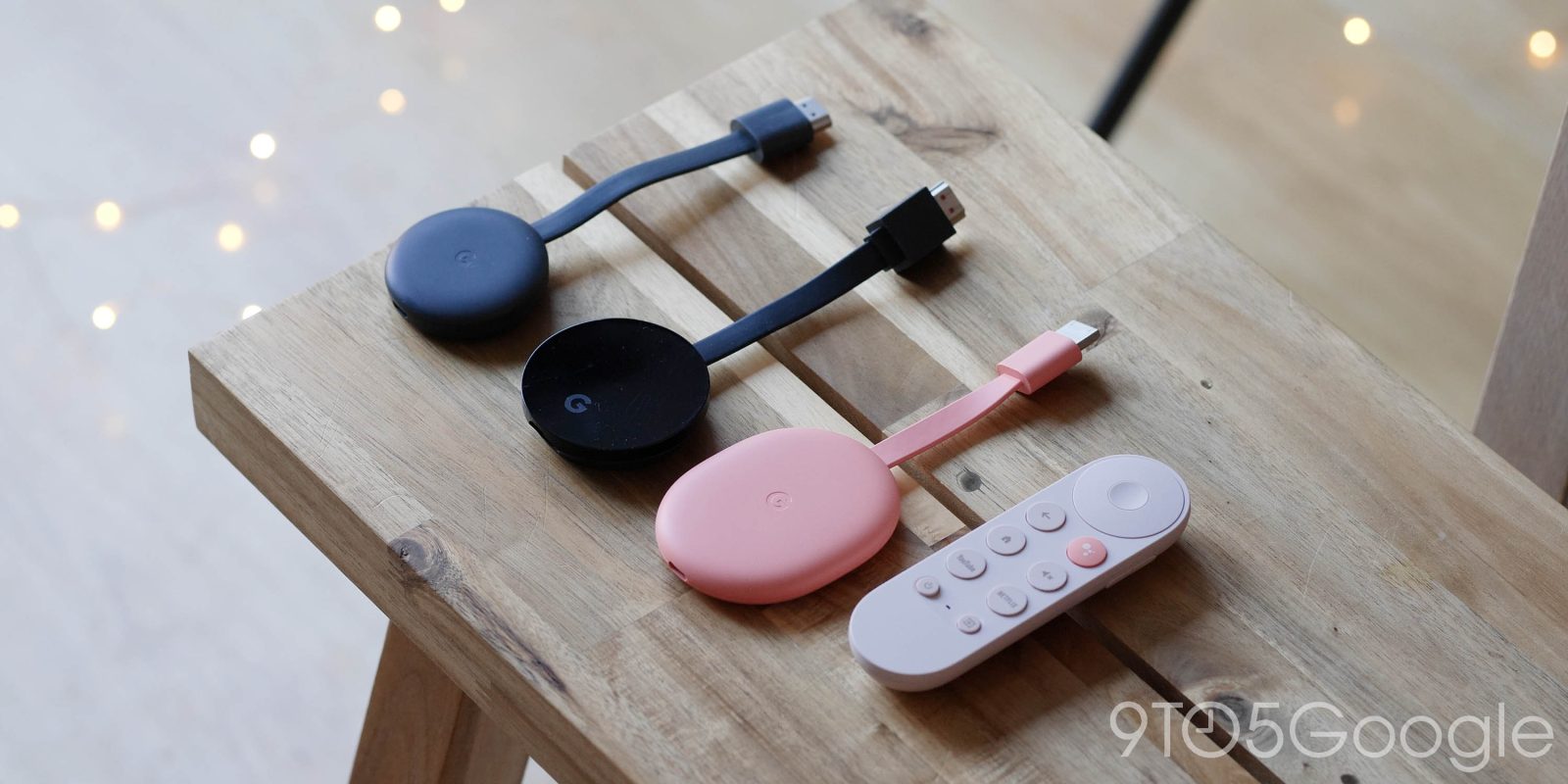 The experience of Casting YouTube to a Chromecast-connected TV has remained mostly unchanged for the past several years. Google now looks to be making a pseudo-YouTube app for Chromecast that takes after the Android TV version.

Update 5/24: Another user has received this YouTube app-like experience on the Chromecast, specifically the original. An image of the homescreen matches the design spotted previously and it’s very similar to the full Android/Google TV application. This change is not yet widely rolled out or appearing on a second-generation Chromecast we checked today.

Original 3/6: Historically, Casting a video from your phone to a Chromecast-connected television just loads a video player that provides basic details (channel name, view count, date, and time) in the bottom-left corner. Once the clip is complete, you’re taken back to a “Ready to watch” splash screen with instructions.

Some users are now seeing a radically different experience that starts with a remote control appearing in the YouTube mobile app. The player that appears on the Chromecast/TV lets users change resolution, closed captions, subtitles, and even access “Stats for nerds.” Additionally, they are able to add new videos to the queue/playlist.

Instead of being taken to the splash screen on the video’s conclusion, there is a homescreen with suggestions on what to watch next, like Android TV. The ability to sign in was also present through the Watch on TV link option.

At least two users so far have encountered this YouTube for Chromecast app, with u/garethonreddit managing to capture a settings screen on the Chromecast Ultra. We learn from the “Version” number that this is a “web” experience, while “Client” notes how it is HTML5 powered. Users are able to clear watch and search history, as well as “Reset app.”

Meanwhile, u/greyhood_39 received this new UI on third-generation Chromecast and told us today that there was quite an uptick in advertisements with this interface.

With this new app, Google is offering a much more powerful — especially with player controls — and engaging YouTube experience on its highly affordable streaming dongles. There are obvious advantages for joint browsing and being able to do more on the biggest screen in your house.

This YouTube app for Chromecast experience is still in testing and has since disappeared for both users. We’ve been unable to replicate it on our devices.