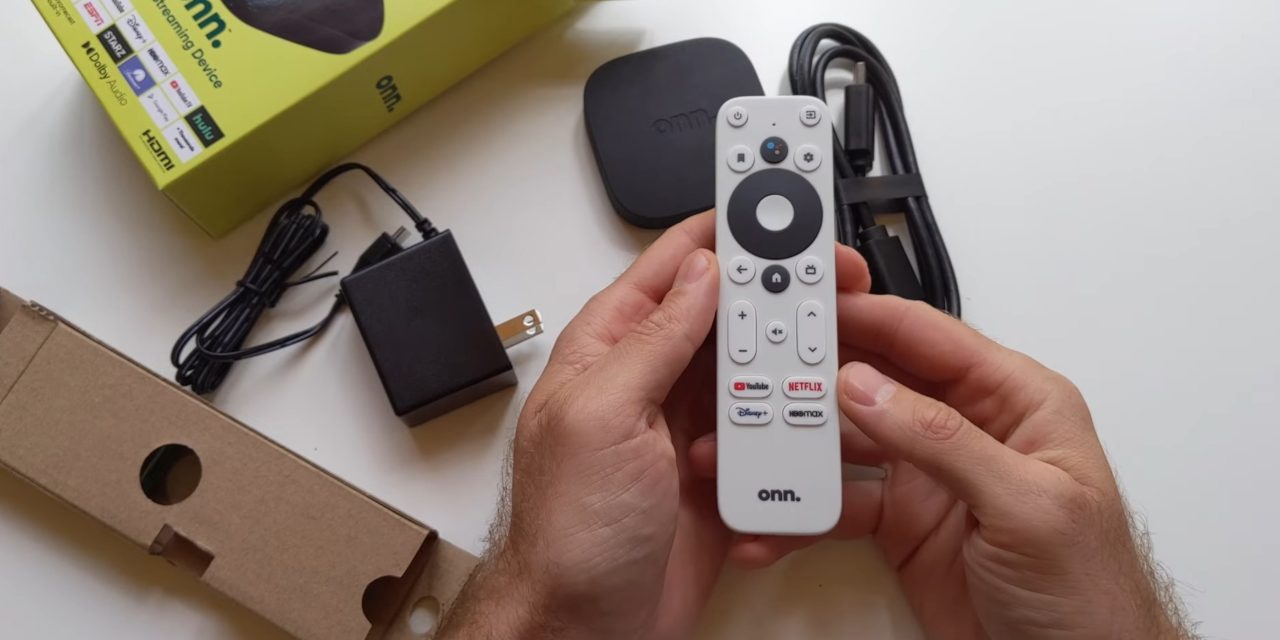 Leaks have hit the web over the past few months regarding Walmart’s upcoming “Onn”-branded Android TV box, but now we’re getting a clearer picture. AFTVNews has managed to get its hands on the unreleased device, showing off the physical hardware in detail, including its retail packaging.

The brief hands-on with the product helps confirm the $29.88 price tag we’d previously seen that undercuts Google’s Chromecast and even options from Amazon and Roku.

In person, the product is described as being a bit larger than the third-gen Fire TV, which had a design similar to Chromecast. In the box, included accessories are the HDMI cable, a fixed power plug with microSD, and batteries for the Google-designed G10 remote. That remote, shown directly next to a Chromecast remote in the video, is considerably taller but roughly the same width and comes with several additional buttons and the “Onn” brand logo.

Confirmed in the hands-on is the use of an Amlogic S905Y2 chipset, 2GB of RAM, and 8GB of on-board storage. That’s virtually identical to Google’s Chromecast, so not bad for $30, should that price turn out to be official. The device is also running Android TV 10, not Google TV, with a security patch from January of this year. Interestingly, the homescreen is the original Android TV UI added in Oreo, not the new “Discover” one that rolled out this year. There’s also a funky “UPDATE” app that seems to be leftover from engineering. AFTV News was concerned by that and some colors issues caused by the software,

The Walmart Onn Android TV box still isn’t for sale, but given a unit is out there with retail packaging at this point, a release seems to be imminent.