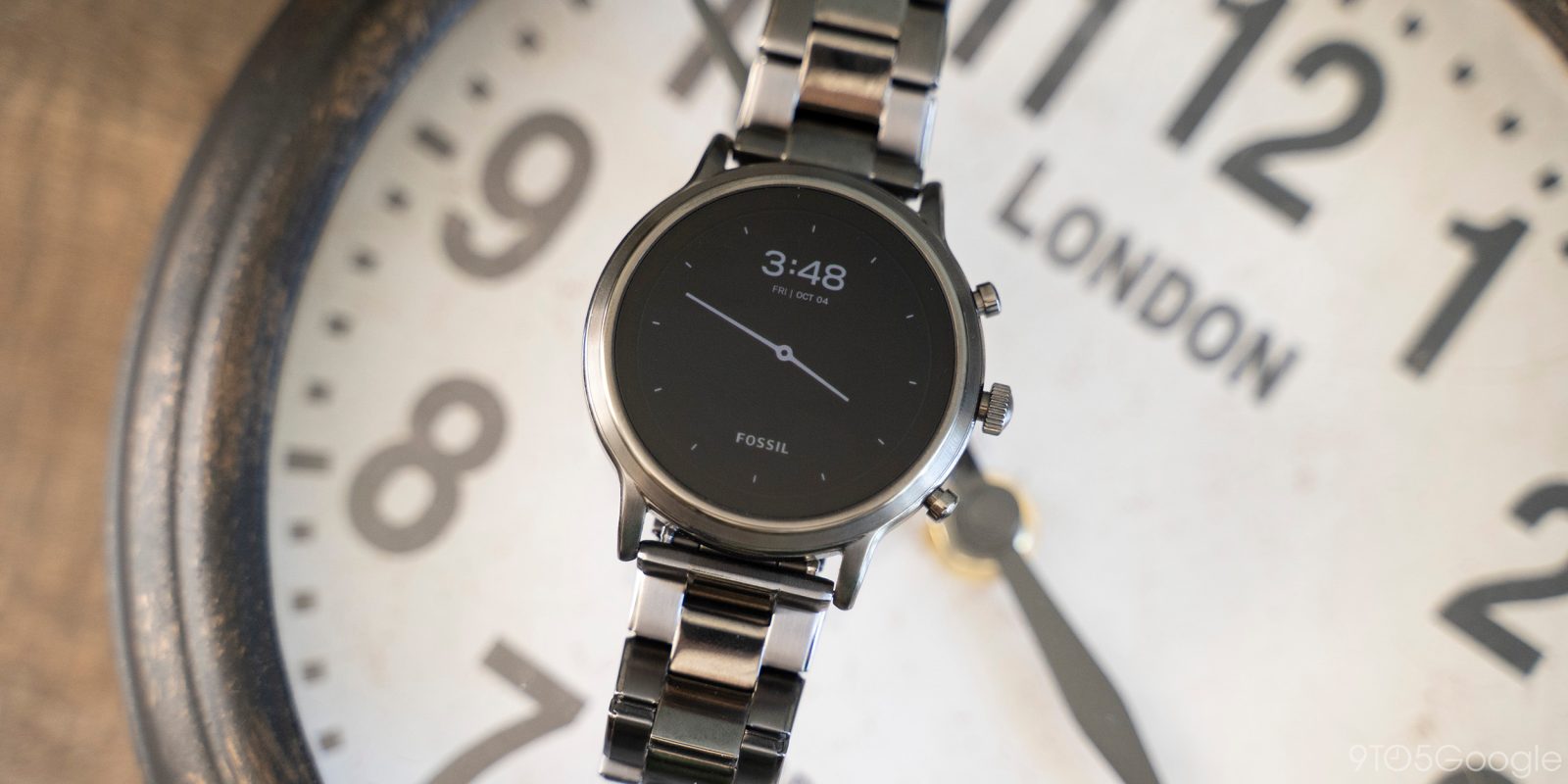 For the past few years, Fossil has been the biggest Wear OS maker, given how various brands use the same underlying platform. In an interview today, Fossil revealed it was making a premium Gen 6 device leveraging the new Wear OS this fall.

An interview with CNET this morning includes an explicit reference to a “Gen 6 watch” as Fossil executives revealed that they would start with one flagship this fall that has a “great branded design,” as well as a “premium price.” Fitbit also used the word “premium” last month to describe its upcoming smartwatches based on Wear OS.

Other Fossil Group brands will follow with variations, but Fossil curiously says existing watches will be discounted to serve as the affordable option rather than there being cheaper Gen 6 devices right out of the gate.

“Some pretty major hardware upgrades” were touted, including unspecified “new chips” that will provide faster performance and better battery life. However, it’s important to note that the Fossil Group has yet to adopt the Snapdragon Wear 4100 announced last year and is still using the 3100 throughout. There was a line today about “more advanced heath features,” but there were no specifics beyond:

“We think integrating Fitbit into our product is going to be a huge improvement and something our customers are going to love.”

Another big tentpole mentioned is how Fossil plans to partner with carriers globally to offer LTE cellular connection and as a means to get wearables in front of more people. The only other hardware detail was when CNET asked about button configurations. For Fossil, side buttons and spinning crowns look to remain, while touch will remain the key interaction method.

In terms of software, Fossil said, “All of the software benefits that Google’s talking about and launching with the unified platform is something we’ll be building into that as well.” Google reiterated at I/O that there’s no change to the ability for OEMs to build with Wear OS.

Lastly, CNET writes that “Existing Fossil Google Wear watches won’t be upgradable to the new Wear OS software platform.” There are no other details, and it’s unclear whether this a technical limitation of old chipsets or if Fossil does not want to commit engineering resources on existing devices.

Update 6/7: Fossil issued the below statement today. The Gen 5 and Gen 5E will continue to get new features this year and into the next, but there’s no information yet on what OS those devices will necessarily run. At a high-level, Fossil says it wants to deliver the “maximum” number of capabilities this year.

At Fossil, our product and engineering teams continue to innovate on the Gen 5 and Gen 5E smartwatches, which will result in new software features being launched later this year and into next year. With regards to the operating system, we will be leveraging the unified platform announced at I/O, and our policy is to bring the maximum amount of innovation that Google will enable to each of our generation of smartwatches. Future upgrade plans are still being developed, and we will continue to make announcements later this year.