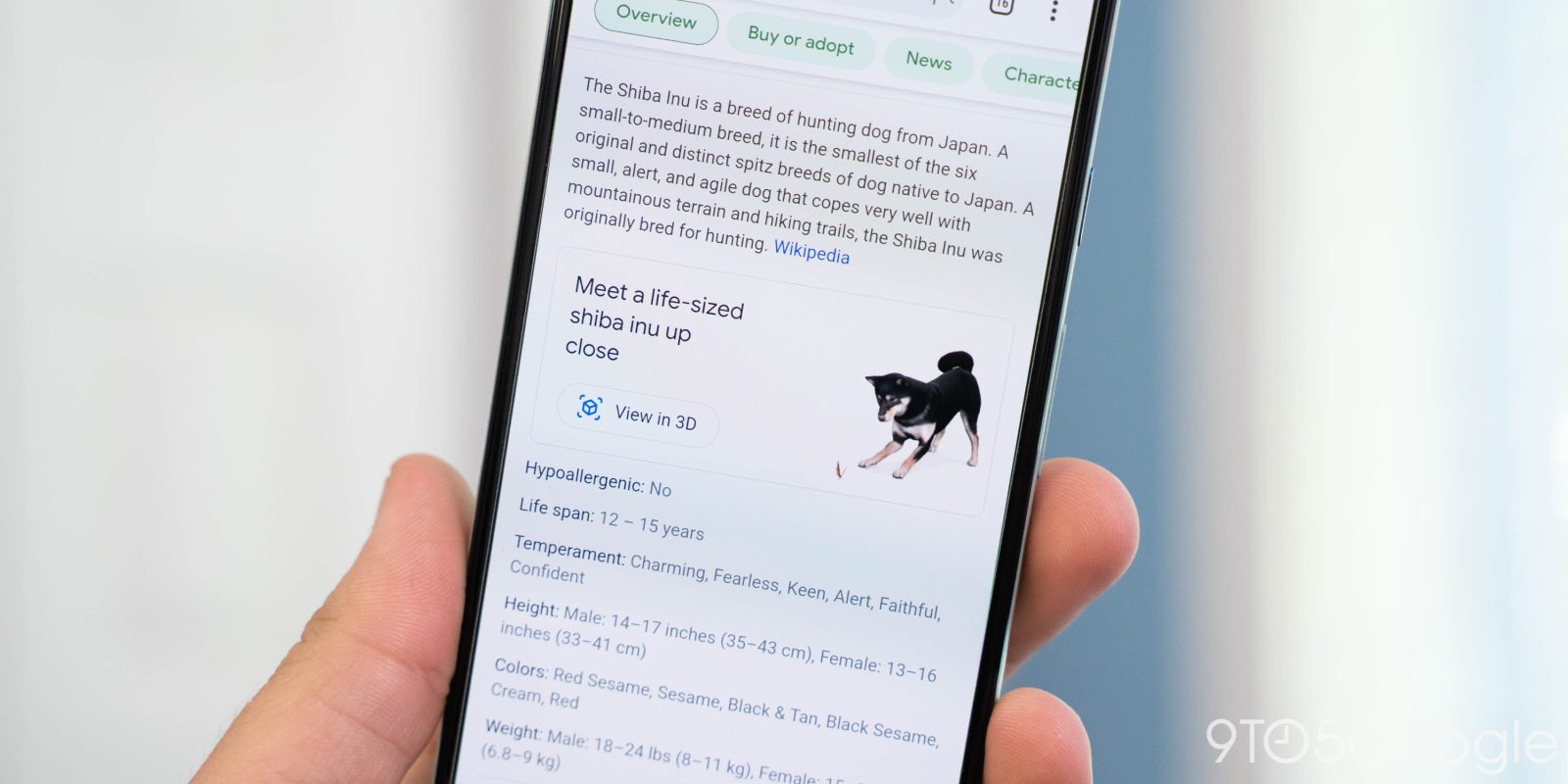 Google’s 3D animals have been incredibly popular over the past couple of years, primarily thanks to a spike in enthusiasm during the early days of the COVID-19 pandemic. The list of 3D animals and objects in Search has expanded greatly in the time since, and now it includes a lot of dogs, cats, and other house pets, too.

In late 2021, Google announced support for over 50 new animals added to its list of 3D objects in Search, and at the time, we learned that most of the additions were cats and dogs. Now, we have a much more complete list of what’s available.

Google’s list of 3D animals was initially pretty slim as far as our canine companions went. Over time, though, the list has significantly grown and now includes more than 30 different breeds. You’ll find many popular dog breeds, from the Golden Retriever to Shibas and Shih Tzu.

A nice touch from Google, too, is that on the same Knowledge Panel that shows dogs in 3D, there are also links to help you adopt a dog.

Alongside dogs, Google also has added quite a few housecats to its list of 3D animals. The full list, below, includes 12 different breeds. Knowledge Panels for cats generally show information on diets, care, and show other information.

Beyond just dogs and cats, there are a couple of other housepets that you can view in 3D. Specifically, two favorites for children: