Android Automotive, the native OS for cars, has been ported to an Android tablet 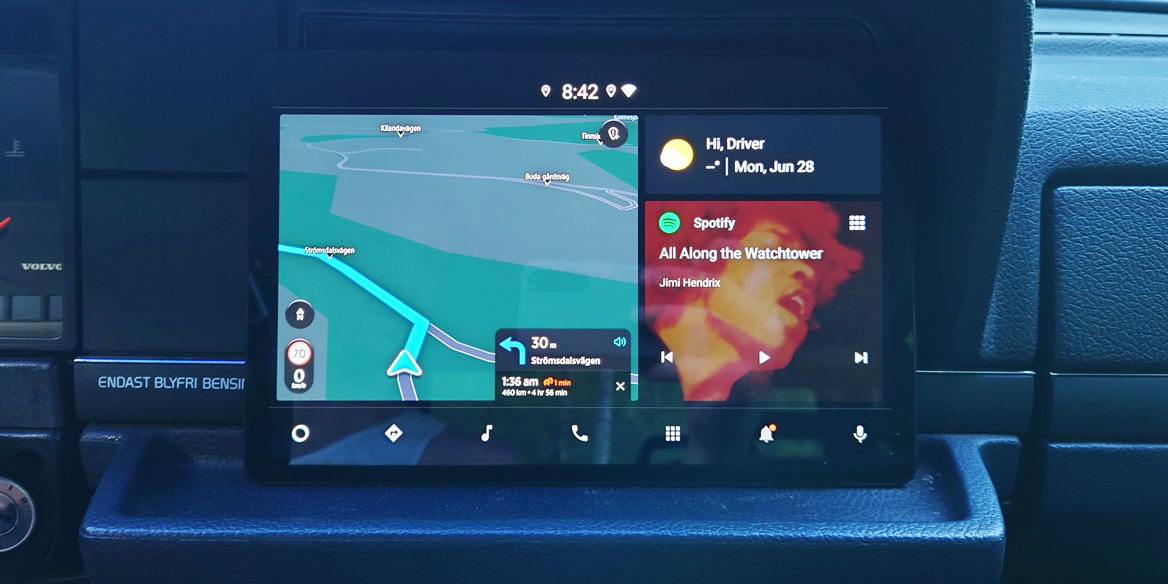 Google is working to expand the footprint of Android in the car with a new native operating system, but it’s only in a few cars. One clever developer, though, has managed to port Android Automotive to a tablet.

Reddit user TomPratt (via XDA) posted a thread regarding Android Automotive running on a Samsung Galaxy S5e tablet. Apparently, the port “works great” and takes advantage of the tablet’s built-in 4G, GPS, and microphone/speakers, too. The tablet is using the Aurora Store for apps, though, since Google services for Android Automotive haven’t been released publicly. The port was built on LineageOS. Pratt explains:

I’ve been playing around with some Android Automotive builds for my Samsung Tab S5e. Works great in my car thanks to the built in 4G, GPS, microphones, speakers etc.

You can easily customise with your choice of navigation apps, media apps etc. But the real potential probably lies in further customising the OS and coming up with some nice Automotive specific apps or custom launchers.

What’s the advantage to this? Android Automotive is technically a native OS for cars that is designed to also control features such as AC/heat, but this port wouldn’t be able to do that. Rather, it would act as a more advanced version of the standard Android Auto but would still fulfill navigation needs, albeit without Google Maps, given the lack of “Google Automotive Services” on the port. The other useful bit here could be for development, as smaller developers without access to vehicles running Android Automotive could test their apps on a tablet that has the OS ported over.