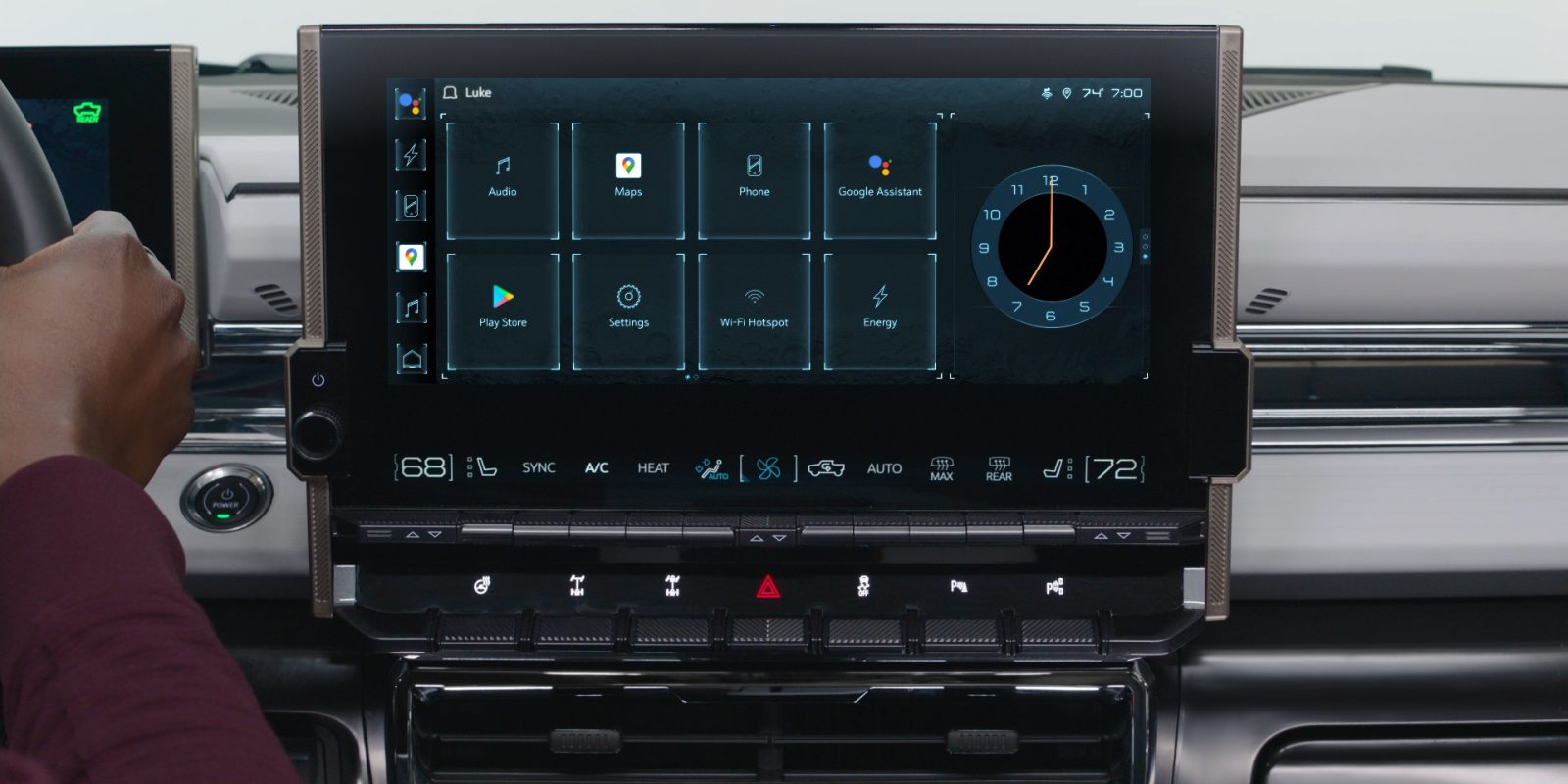 Google announced a number of car-related additions from Fast Pair to Android 12 digital car keys at I/O 2021. On the Android Automotive front, there was a first look at the upcoming Hummer EV infotainment system.

We’ve already seen Volvo and Polestar’s skins for Android Automotive and the I/O Adventure sandbox provides a preview of the Hummer EV’s. The center 13.4-inch touchscreen — there’s a separate 12.3-inch instrument cluster — is mounted horizontally rather than vertically, like on existing Automotive vehicles.

Hummer has heavily customized the UI with a Tron and Holo-esque aesthetic. It starts with a left-mounted dock that provides shortcuts, while the main screen is a large 4×2 grid. Some icons use product logos, while others just use outlines. There’s also an analog clock at the very, while the time, temperature, and connectivity is shown above.

As a result of this landscape orientation, apps — Spotify, Google Maps, and Play — are more akin to their Android Auto counterparts and don’t take up the entire screen. The left dock and clock remain in place, though the latter can be replaced by media controls.

Speaking of apps, Jetpack’s Android for Cars App Library is adding support for the Automotive OS after first being available for regular Android Auto. This should spur more app development with early access partners including Parkwhiz, Plugshare, Sygic, Chargepoint, Flitsmeister, and Spothero.

By the end of 2021, Google expected Android Automotive to be available to order in more than 10 car models from Volvo, General Motors, and Renault.