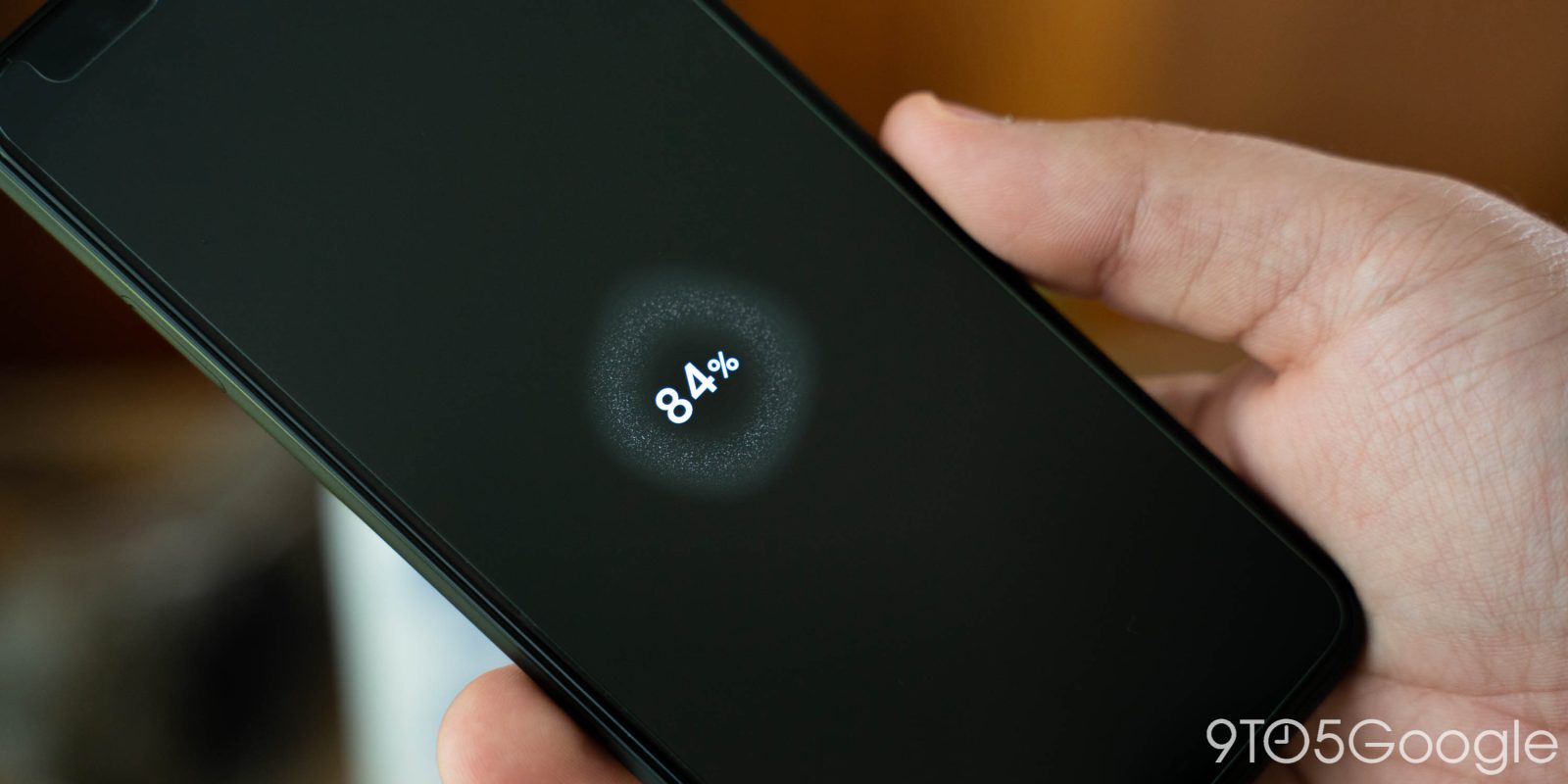 Android 12 is the biggest update visually to the platform that we’ve seen in years, and alongside bigger overhauls like Material You, there are also a bunch of new animations. One new animation that’s not immediately obvious, though, is an updated charging animation when your Pixel phone is powered off.

If you plug in a Pixel phone that’s powered off, you’ll see a battery indicator pop up followed by the percentage as the phone starts charging. On that percentage, starting with Android 12, you’ll also see a ripple animation. It’s at a low frame rate, but is along the same lines of what’s seen when the phone is turned on.

From Beta 1 onward, there have been “wave” animations that show charging status, though when the power is powered on, that wave matches the system’s Material You-powered accent colors. Those colors, unfortunately, don’t make their way to the power-off animation. It’s not entirely clear exactly when this animation first popped up, but the first time we’ve spotted it was in Android 12 Beta 3, and it didn’t appear to be live on a Pixel 5 running on Beta 2.

You probably don’t think about things like this when your phone is powered off very often, but it’s a great tweak nonetheless. Instead of just showing a static number, it’s now clear that the phone isn’t charging up. This could be especially useful if you’re using a wireless charger. In any case, though, it’s just a nice touch that polishes off the look and feel of using your phone. You can see the animation in action below.