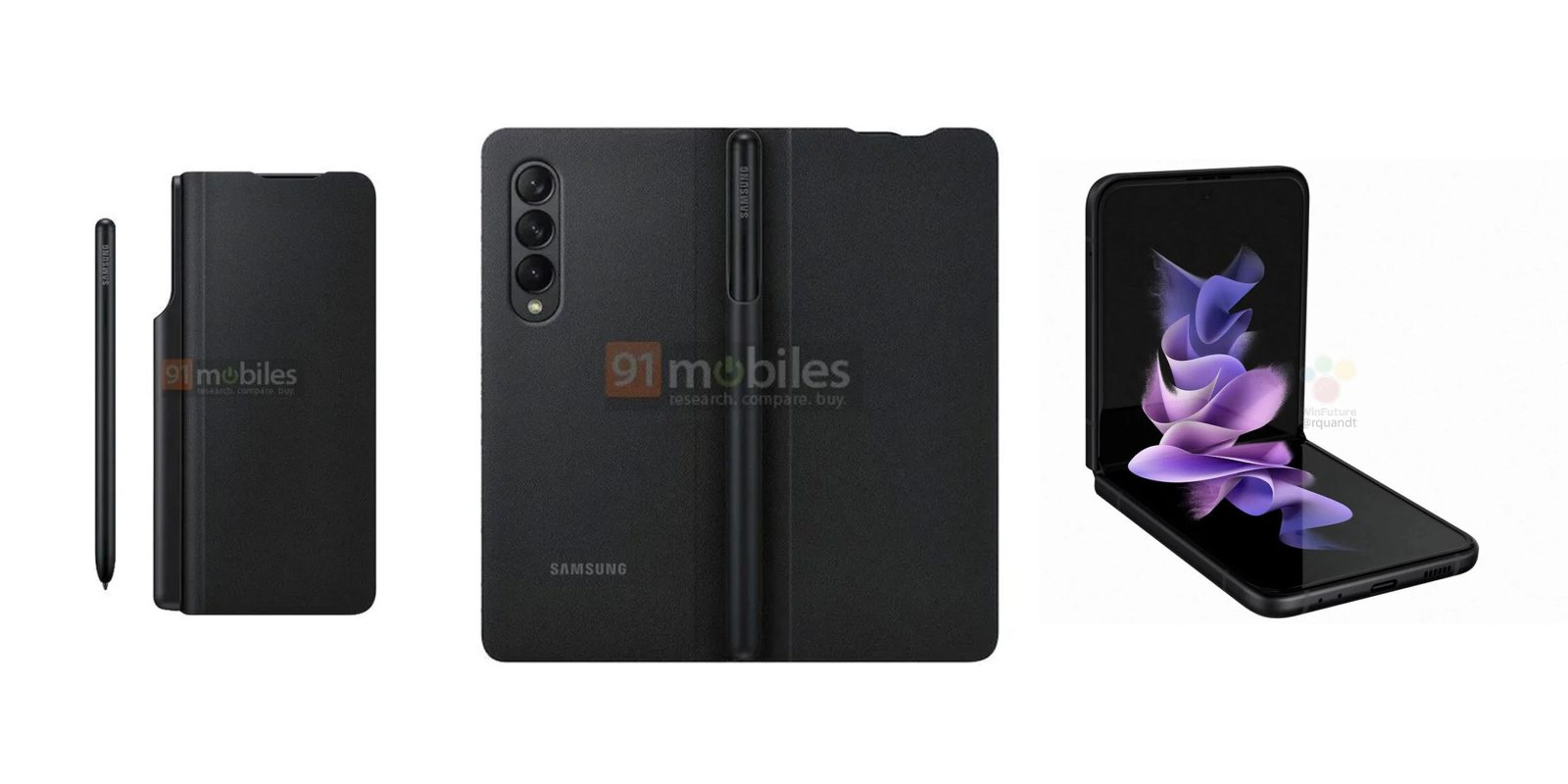 It’s been rumored for quite some time that Samsung managed to get the S Pen working for its next generation of foldables, but the bigger question was how that stylus would be held. As leaks continue, another new one is showing off an official Galaxy Z Fold 3 case with an S Pen slot as renders of the Galaxy Z Flip 3 hit the web.

Obtained by 91Mobiles, the renders below show off one of Samsung’s Galaxy Z Fold 3 cases, which has a clear dedicated silo to house the S Pen. That S Pen, which first leaked earlier this month, looks similar to what’s available for the Galaxy S21 Ultra and Galaxy Tab S7 in terms of design. The case, too, looks very similar to the S Pen case for Galaxy S21 Ultra and houses the stylus near the foldable’s hinge.

What’s also interesting to see here is that, unlike with its official cases for the Fold 2, Samsung is offering coverage for the front display. It’s unclear if any methods will be used to keep the front cover in place, but it’s certainly better than what was available for the Fold 2. Also notable is that another recent leak showed a similar case with front coverage but without the S Pen storage option.

Further, WinFuture today published what look like official renders of the Galaxy Z Flip 3. These detailed renders show off the device in black and corroborate a bunch of previous leaks that have shown off this same design.

WinFuture notes that the Flip 3 has a 6.7-inch internal display, 1.9-inch outer display, the Snapdragon 888, 8GB of RAM, and up to 256GB of storage. The inner display, importantly, is also getting a 120Hz refresh rate. Cameras are mentioned as two 12MP rear cameras and a 10MP internal selfie camera. Finally, there’s also a mention of water resistance, which was first leaked last week.