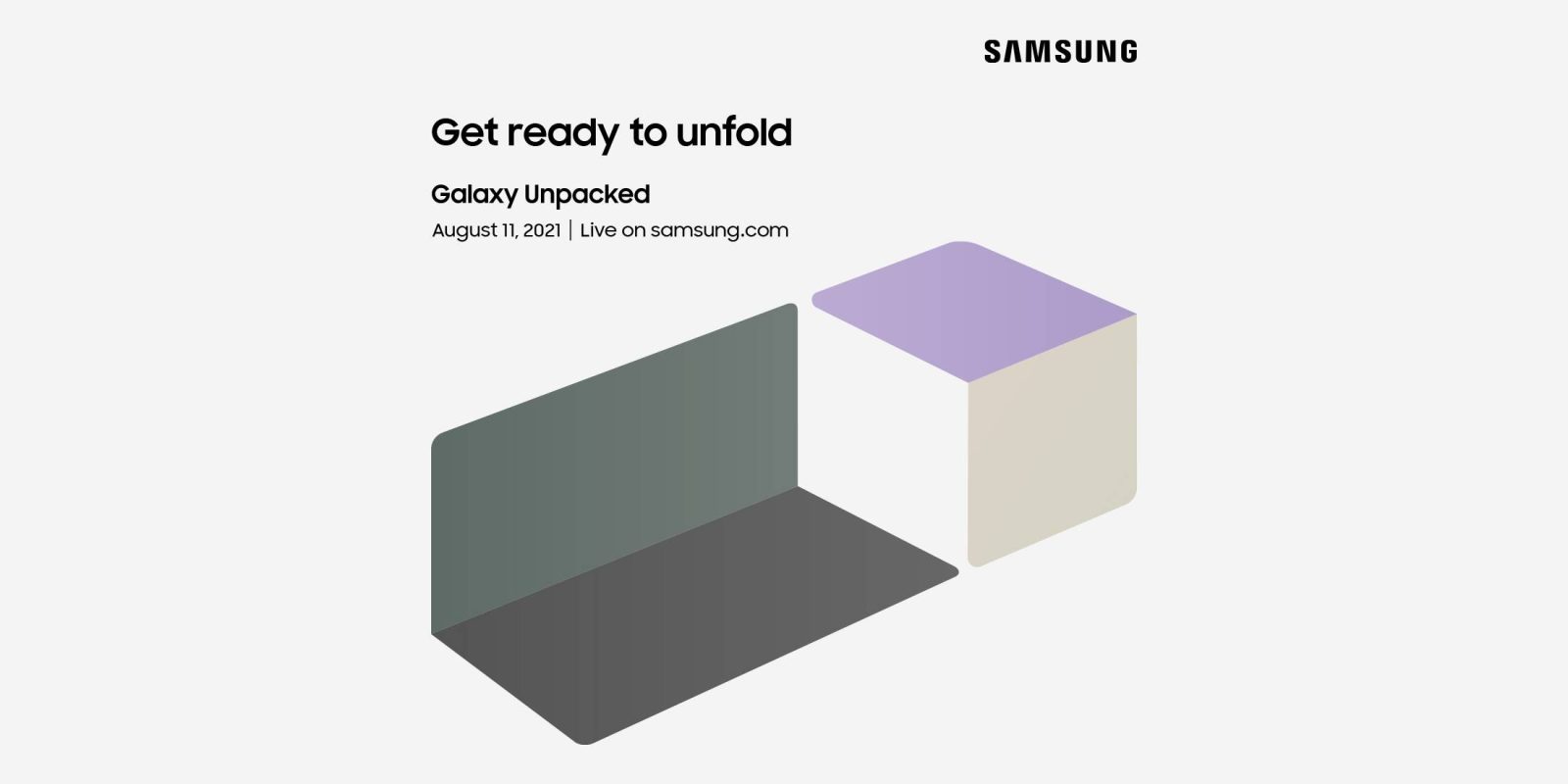 After a ton of leaks and rumors, Samsung has just confirmed that it will host a virtual event to launch its next collection of Galaxy devices, with the upcoming Unpacked event set to take place on August 11.

As reported earlier this week and the one prior, Samsung will officially be hosting its next Unpacked launch event on August 11. The event will be entirely virtual, with a livestream starting at 10 a.m. ET/7 a.m. PT.

Samsung isn’t explicitly saying what devices will be announced, but as usual, the company is opening up reservations, so interested buyers can ensure they’ll get their hands on Samsung’s “next flagship” — very clearly the Galaxy Z Fold 3 and Flip 3 based on the graphic, which shows the silhouette of both devices. The black, white, green, purple, and beige colors shown have also been leaked several times for these devices, too.

If you reserve either device early, you’ll get an extra trade-in credit of up to $100*, as well as a discount on a year of Samsung Care+. Click here to reserve your device on Samsung’s site. Early pre-orders will also come with a “special offer” that Samsung isn’t specifying just yet.

While Samsung isn’t announcing a Note device at this event, there will be plenty of major reveals, according to a plethora of leaks and rumors from the past several weeks. As mentioned, this includes a pair of foldable smartphones in the Galaxy Z Fold 3 and Galaxy Z Flip 3. Further, the Wear OS-powered Galaxy Watch 4 series and, rounding things out, the Galaxy Buds 2. It’s unclear at this point if there might be any last-minute surprises, but the lineup seems pretty much locked at this point. Notably, too, the graphic above clearly hints at the unfolding Galaxy Z Fold 3

Stay tuned, of course, for our full coverage of Samsung’s announcement and forthcoming reviews as well.

*Samsung has clarified that reservations add an additional $100 in trade-in credit, not $200 as was previously stated