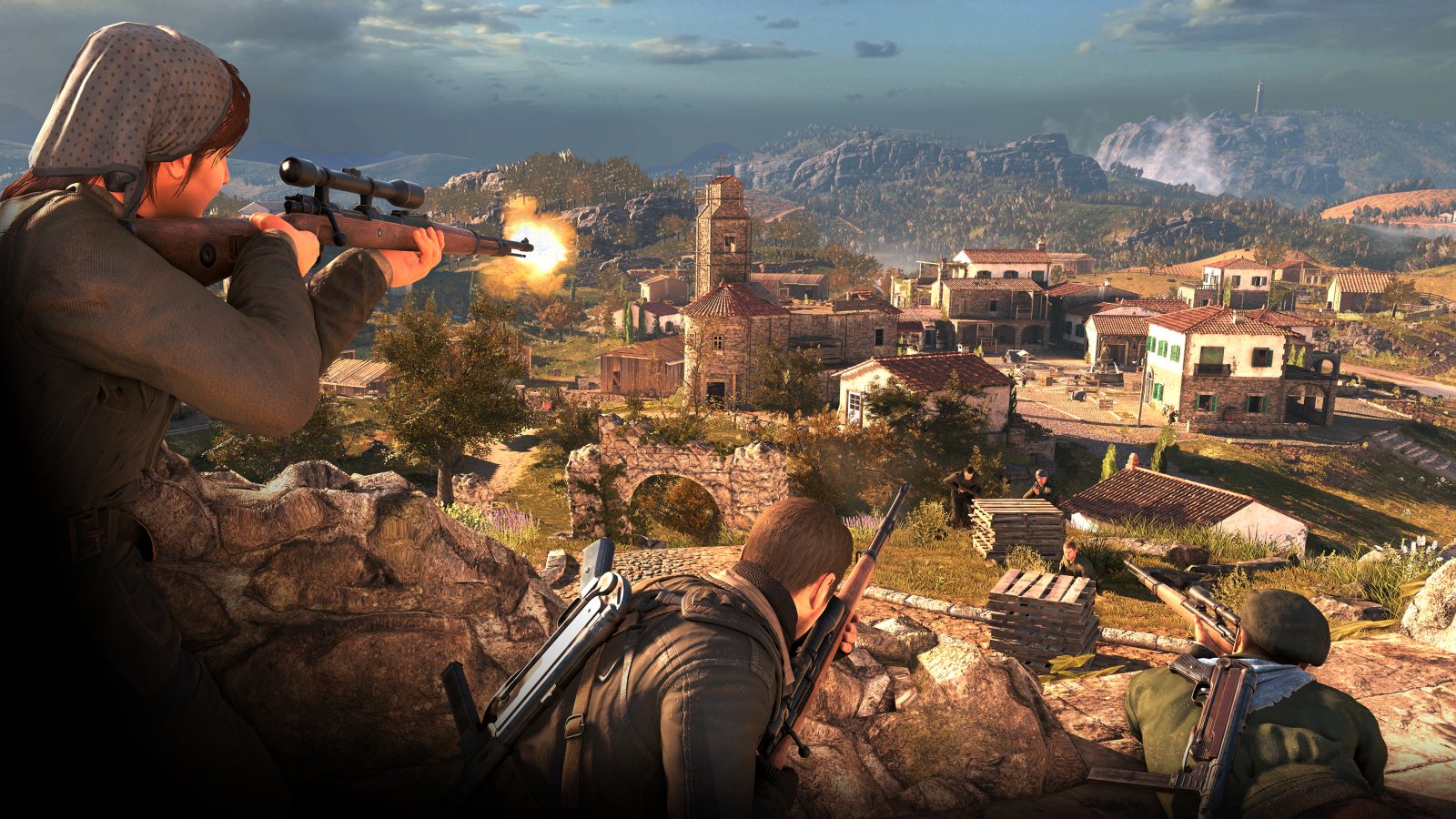 A collection of great titles from Rebellion Games has reached GeForce NOW this week, and in turn made them available on any laptop, desktop, Mac, Chromebook, SHIELD TV, Android device, iPhone (beta) or iPad (beta). To celebrate, let’s take a look back at some of the best games that Rebellion has created over the years.

Each week, NVIDIA shares the latest games and features coming to their streaming platform as GFN Thursday. Be sure to check back each Thursday through Twitter, Facebook, or the GeForce NOW blog to find the latest updates. This week, a big chunk of the newly added games comes from acclaimed UK-based studio Rebellion Games.

It would be an injustice to discuss the history of Rebellion Games without talking about Alien vs Predator, the 1994 video game for the long-forgotten Atari Jaguar console. The first-person shooter offered three main characters — the Alien, the Predator, and a human marine — each with their own unique and well-written storyline.

While the game had a limited reach, being an Atari Jaguar exclusive, Alien vs Predator set the stage for the past few decades of atmospheric and thrilling first-person shooters. And as the game made its bold impression, so too did Rebellion Games.

Alien vs Predator is just one of many video games developed by Rebellion that was originally based on a comic book series. In fact, Rebellion bought the comic series 2000 AD, allowing them to create games based on Judge Dredd and Rogue Trooper.

Originally starting as a spin-off of Sniper Elite — more on this later — Rebellion’s Zombie Army series picks up the torch from Valve’s Left 4 Dead series. You and up to three friends can face off against legions of the undead. The latest, Zombie Army 4, takes place in post-World War II, post-zombie apocalypse Italy where the undead seem to be getting unexplainably smarter.

Zombie Army 4 is available on all consoles as well as PC, and can also be played on almost any screen through GeForce NOW. And, if you’re looking for more Nazi-zombie-fighting action, Rebellion packaged the first two games in the series plus a previously unreleased third title as Zombie Army Trilogy.

Strange Brigade takes the four-player co-op fun of Zombie Army and applies it to a new genre, with puzzle-solving and dungeon-delving action. The adventure takes place in 1930s Egypt, where an ancient evil, Sateki the Witch Queen, has risen along with her horde of mummified zombies.

It’s up to you, the Strange Brigade, to reach the end of the dungeons and defeat the mythical beasts that Sateki commands. Each dungeon is filled with secrets, traps, and enough treasure to keep even the most seasoned adventurers hunting for more. Strange Brigade is available on Steam, playable with GeForce NOW, and also on most consoles.

Of course, Rebellion Games is known for more than just shooters, having just this year released the supervillain simulation game Evil Genius 2: World Domination. Play the role of one of the world’s foremost villains and villainesses — each with their own abilities and specialties — as you build up a criminal empire on your quest to rule the world.

Using your island casino as a front for your illegal endeavors, earn gold to spend between the development of your doomsday device, the hiring of new minions, and the complexity of your secret base. Your lair also needs to be riddled with traps to keep the “Forces of Justice” from foiling your plans.

Between three playable villains, three different island designs, and a wealth of playstyle variety from different minion & henchmen builds, Evil Genius 2 should keep you coming back for more. It’s available now via Steam and starting today can be played anywhere thanks to GeForce NOW.

Without a doubt, Rebellion Games is best known in recent years for their series of Sniper Elite games. The series puts an emphasis on stealth and long-distance combat, including detailed and oftentimes brutal slow-motion depictions of your shots wounding/killing enemies.

The latest iteration, 2017’s Sniper Elite 4, is the best yet, featuring fantastically large maps that offer multiple paths to victory and make for the perfect playground to take out targets in creative and satisfying ways. The main campaign takes place throughout the Italian Peninsula in 1943 as the series’ hero Karl Fairburne seeks out a dangerous weapon developed by Nazis.

Sniper Elite 4 is available on all modern consoles and can be bought on Steam and played through GeForce NOW.