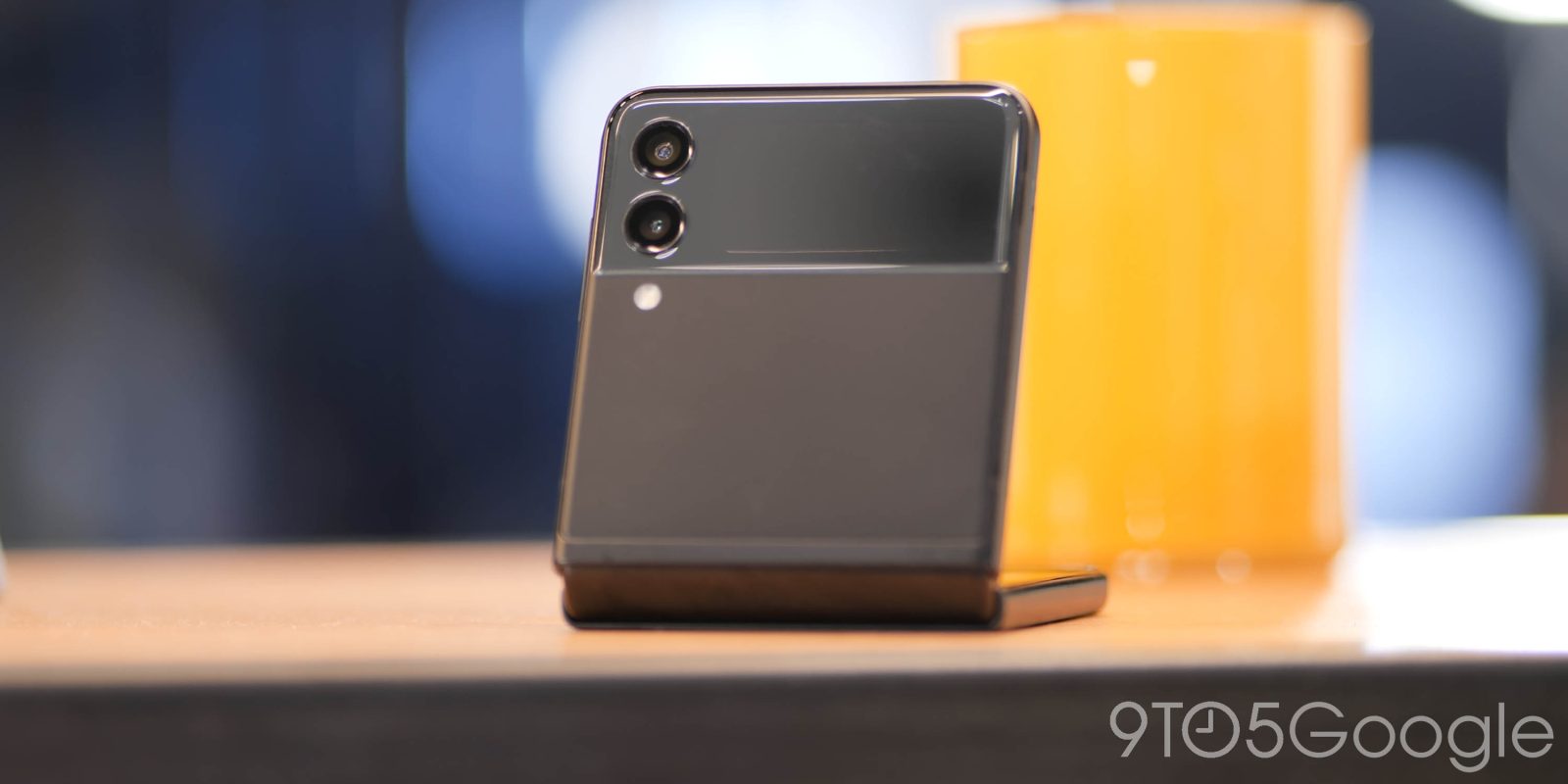 Of the newest Samsung Galaxy smartphones introduced at Unpacked, the Z Flip 3 is arguably the most important and, even after a brief hands-on period, the most impressive.

For those that want a huge, borderline tablet display, the Z Fold 3 provides you with a two-in-one form factor with few compromises. For everyone else, there is the Z Flip 3, the perfect fusion of a traditional flip phone and smartphone into a compact package.

To me, this latest iteration feels like it is effectively a reimagined Galaxy S21 with a clamshell form factor and, at least as far as I’m concerned, that makes it a standout device already. Unlike the Z Fold 3, from the outset, the Z Flip 3 is improved in almost all of the so-called “core” areas.

The very first thing that you’ll probably notice or spot is the new, larger outer display on the Z Flip 3. At 1.9 inches, it is almost double the size of the original 1.1-inch AMOLED display found on Z Flip. By increasing the footprint so dramatically, the outer display now offers more utility along with a few new features and increased widget support to take advantage of the little-but-large panel.

Using this screen as a quick camera viewfinder for selfies or being able to read multiple lines of messages and notifications means that it is a useful at-a-glance bonus rather than being a tacked-on afterthought. My initial thoughts are that it will be especially impressive if we can see Samsung stretch the outer display even further over the coming years as the Z Flip series progresses. But while future improvements will be welcomed, it’s this sizeable boost that really improves the package before you’ve even opened it up.

The Z Flip 3’s inner 6.7-inch FHD+ display has also seen a big boost from 60 to 120Hz. I feel that this is another indication of Samsung’s desire to provide the best for all of the firm’s flagship lines, and it is one of the most welcome new upgrades. It’s also notable as it’s a major step up over what is a similar display to its predecessor, the added display smoothness was instantly appreciated. I can’t speak too much for the performance levels, but I’m sure the Snapdragon 888 and 8GB of RAM should be the perfect combination for all of the added One UI 3.5 software tweaks and tuning.

Samsung has also upped the water resistance rating from non-existent to IPX8. This just means that a dip in water is no longer a problem for the Z Flip 3. We’d say avoid taking your phone with you when swimming, but you have a fairly decent level of protection from moisture and water. There is no certification for dust and debris resistance, which will always be a concern for folding devices due to the inherent physical hinge design.

It’s important to note that as a result of these hardware changes, the Z Flip 3 has had a mini-makeover of sorts. The addition of glossy and matte portions results in a far more refined design than the previous generation and the almost plastic-looking design. It feels like the maturation of what from the outset seemed like a toy-inspired design on the original Z Flip. I like the boxier shape, the matte aluminum rails, and the two-tone finish. It’s eye-catching, and the new colors are a fine addition.

I’m surprised at just how solid the Z Flip 3 feels, given that it’s a tall, thin smartphone when fully unfolded. The utility is easy to see, though, as it’s no thicker than a wallet when clasped shut. While the Z Flip and subsequent Z Flip 5G felt almost like an experiment, but the changes here are sensible without risking encroaching upon the larger Z Fold 3 too much.

One area that might prove to disappoint is actually in the camera stakes. The outer rear camera consists of a main wide and ultra-wide angles lens. This is a fairly standard combination, but camera parity with the Z Fold 3 and even Galaxy S21 could potentially elevate the Z Flip 3 above all in the same price bracket. Alas, we didn’t have enough time to thoroughly test the setup, but we’ll likely learn more of its capabilities over the coming weeks.

With sub-$1,000 pricing, Samsung is so aggressively targeting its own user base that, much like the Z Fold 3 appears to be doing with the Note series, the Galaxy S line could start to be enveloped. However, I’m less confident that this will be the case as I imagine that there will always be a market for the established smartphone form factor.