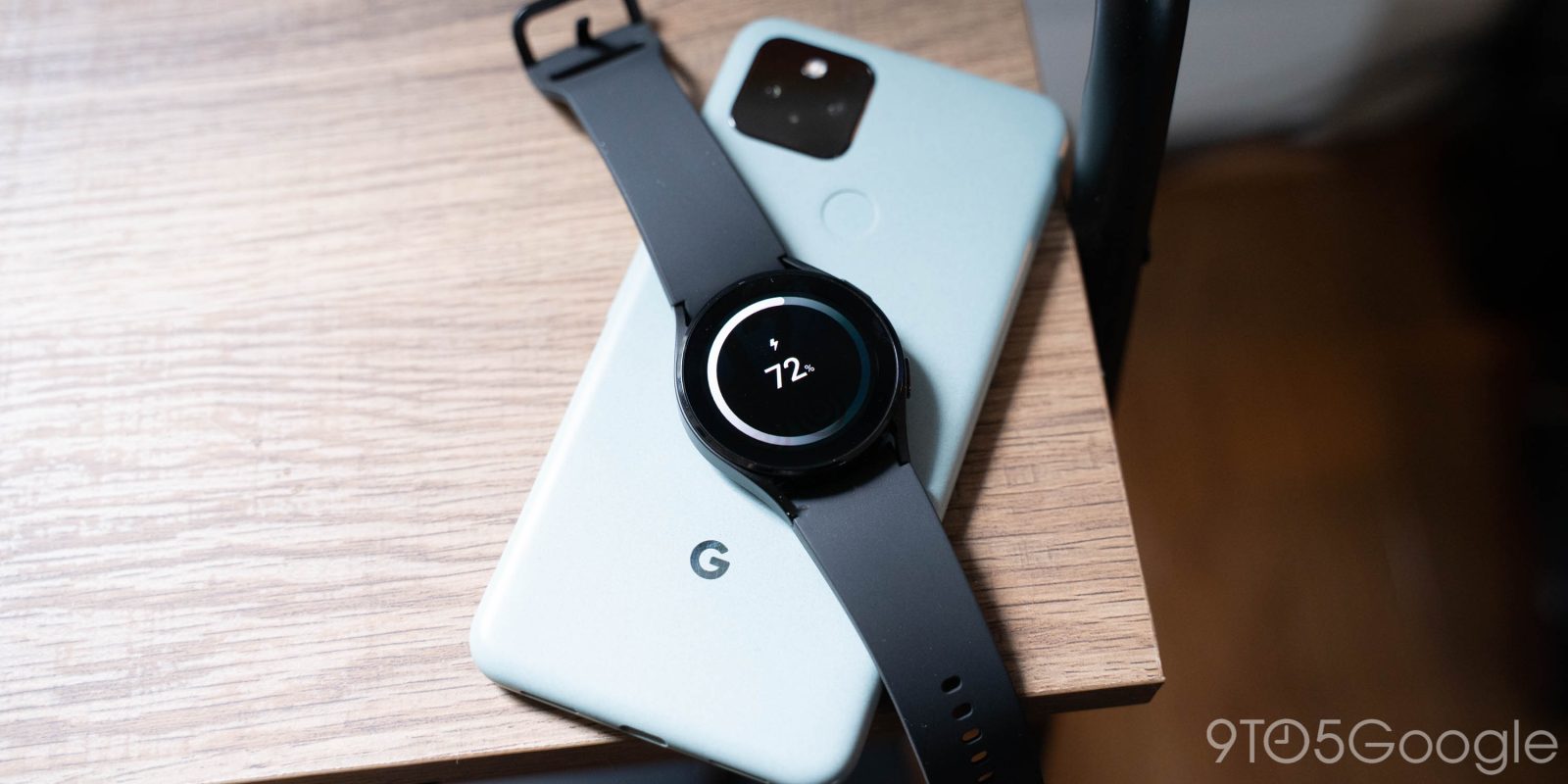 Samsung’s Galaxy Watch 4 is very clearly still a product that favors Galaxy smartphone owners, but it seems like the product is opening up a bit more compared to past generations. Not only does the Galaxy Watch 4 partially support charging from Google’s Pixel 5, but it even seems to work on some standard Qi charging pads.

Update: This article has been updated after publication to reflect the results of more users and more extensive testing. While we have had success charging the Galaxy Watch 4 on the Pixel 5 in some instances, in other cases it stops after 10-40 seconds. Your results may vary here, so take this note as a buyer’s beware.

Reverse wireless charging has been around on Samsung smartphones for a couple of generations now, and the entire time, it’s been mainly designed to be used on the company’s accessories such as earbuds and smartwatches.

The latter, though, proved tricky for non-Samsung devices with the same feature. Because the Galaxy Watch lineup uses a modified version of the Qi standard, it doesn’t always work with other devices. So, going back, previous Samsung smartwatches would charge with Google’s Pixel 5, which has its own reverse wireless charging feature known as “Battery Share.” Thankfully, that’s changing with the Galaxy Watch 4 series.

We’ve confirmed that both the Galaxy Watch 4 and Galaxy Watch 4 Classic will charge on a Pixel 5 that’s using “Battery Share.” It works consistently each time we’ve tried it, although we can’t test to see if it’s getting the same speeds it might get from a Samsung phone. Charging did not work with a OnePlus 9 and its reverse charge feature. Notably, after more extensive testing and hearing results for others who have used the watch, this feature can be hit or miss. Sometimes it will work consistently for long periods of time, but in other instances, it will stop after as little as 10 seconds or as long as 40 seconds.

In more exciting news, the Galaxy Watch 4 seems to support at least some Qi chargers. It still works the most reliably on the included charging puck, but for once it seems other chargers work.

I tested out the Watch 4 on many of my Qi chargers including the entire Nomad Base Station series and from other brands, and most just didn’t work at all. However, two showed promise. A slim charger I purchased from Nonda triggered charging, but the Watch 4 then paused it a moment later and refused to continue charging. I had better luck with an old dual-device charger from Choetech, but that product has unfortunately been discontinued (and the company banned from Amazon).

It’s unclear why some chargers work and others do not, but both examples here are a tantalizing tease of what should have been. Wireless charging is a great open standard, and it’s a shame that Samsung locks down how you can charge up its smartwatches. Hopefully, this is the first step toward that changing for the better.