Galaxy Watch 4 will get Assistant eventually, but only has Bixby now; Google Pay delayed [U] 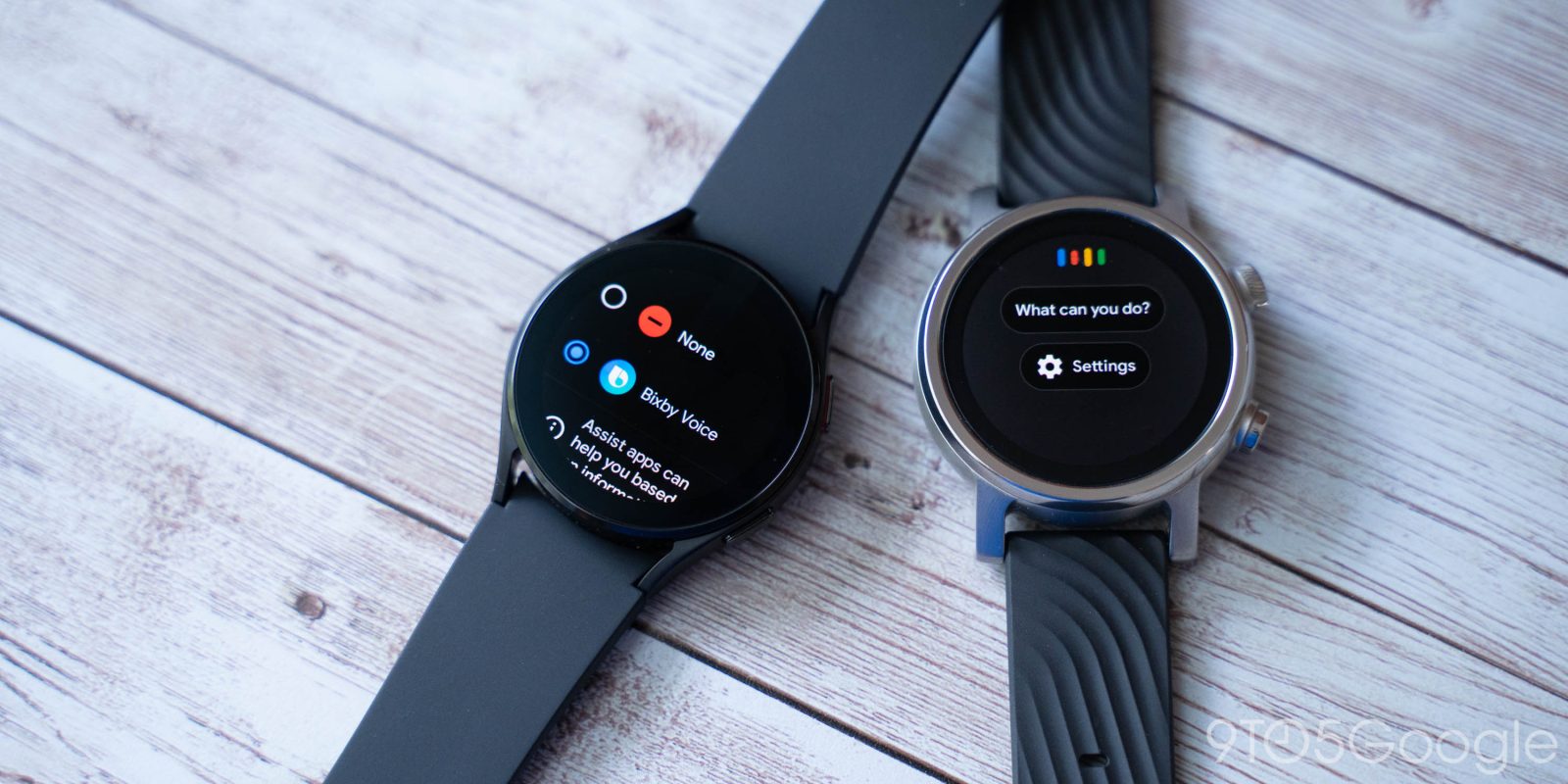 Samsung products have always been a bit tricky when it comes to voice assistants since the company has its own Bixby offering but usually is required to still support Google Assistant alongside it. With the Galaxy Watch 4 series, the Wear OS-based smartwatches will be lacking Google Assistant entirely when they launch and might have to wait for Google Pay.

Voice controls aren’t exactly a huge marketing point for Samsung with the Watch 4 with health and third-party apps taking priority, but regardless, it’s still a core feature to almost any smartwatch. With Wear OS at the core, many expected Google Assistant to be on board, even if it were to live alongside Bixby.

Unfortunately, that’s not the case. Bixby is the one and only option for a voice assistant on the Galaxy Watch 4 with no sign of Google Assistant to be found anywhere. Samsung told 9to5Google that “only Bixby is supported” for now.

Update 8/13: Speaking to 9to5Google, Samsung pointed to the statement below, saying that Assistant is included in the company’s efforts to work with Google to bring more services to Watch 4.

It’s clear that the door is wide open for Assistant to arrive. Diving into the Settings of the Galaxy Watch 4, there’s an option to switch out your voice assistant, but Bixby is the only option. It’s feasible that a future update could deliver Google Assistant or it could even be distributed via the Play Store.

Samsung is working closely with Google to bring those popular Google services to Galaxy Watch4 series. We will share more details once they’re ready.

Also of note, Google Pay might be in a sticky situation on the Galaxy Watch 4. We noticed that while the Pay app can be installed on the Galaxy Watch 4, it currently does not work and gets stuck during initial setup. Taylor Kerns from Android Police found the same issue on his unit.

Speaking to Samsung, the company only said that it is “working closely with Google” to bring the tech giant’s apps to the Watch 4. So, while it’s not explicitly said, it seems like Google Pay will be delayed on the Galaxy Watch 4. Google said just this week that Pay would be supported on the Watch 4. We’re also in touch with Google regarding the situation and the error we are seeing.

This post was updated a day after publication to clarify that Samsung is working with Google to bring Assistant to the Galaxy Watch 4.