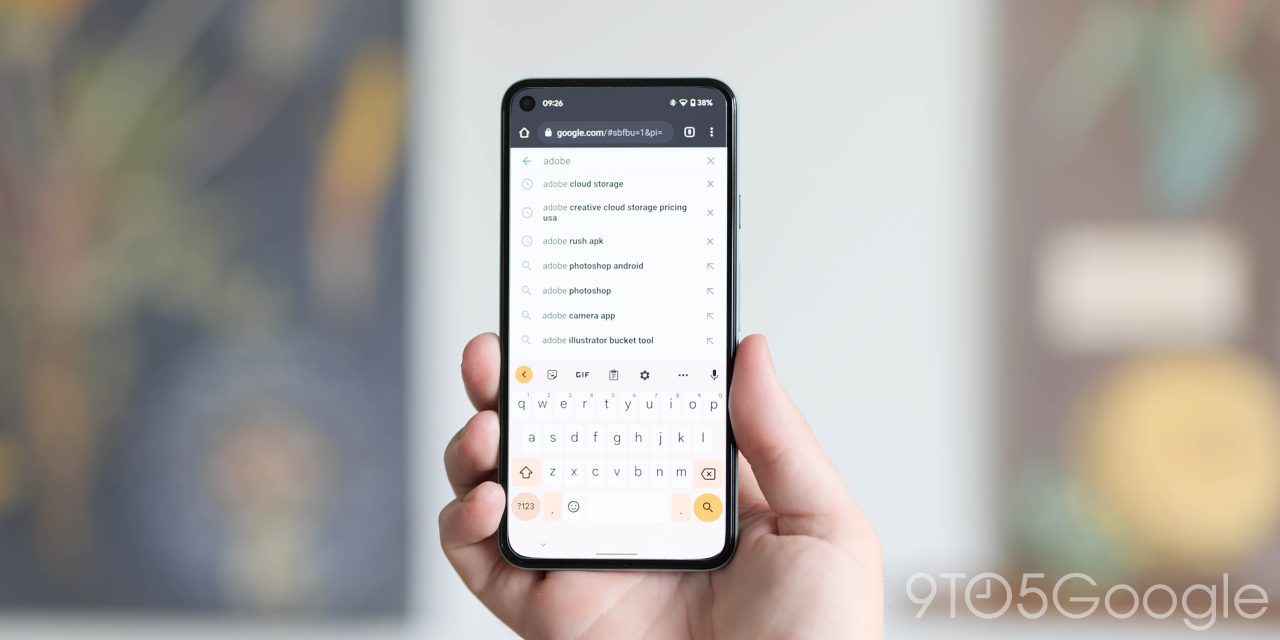 Earlier this week, Gboard widely rolled out its Material You redesign and Dynamic Color theme on Android 12. The Google keyboard is also set to get more MY elements and a redesign of settings.

Update 8/22: Before the broader settings redesign, Google is rolling out the new “Theme” page that makes use of rounded cards to better highlight your selection with a prominent border. There are some corner artifacts when the dark theme is in use. This change is live with version 10.9.04 in the beta channel.

Original 8/5: Google has already updated key shape and layout for Material You, but Gboard will also get a circular “Popup on keypress” to replace the rectangular one today. One small tweak sees the letter on the underlying keyboard layer remain visible instead of disappearing after tapping.

That roundness also extends to the pill-shaped container that appears when you long-press on the “comma”/emoji key to the left of the spacebar. On the other side, holding down “period” gives you an updated symbols panel.

Meanwhile, Gboard sees a rather sizable preferences redesign that matches the Android 12 Settings app with a large header at the top of every screen and extra emphasis on high-level toggles.

The best part of this revamp is the “Theme” page. While the layout — with its four sections — is unchanged, Gboard does a much better job of emphasizing available themes. Cards feature rounded corners, while your selection is marked by a checkmark and perimeter outline. The “System Auto” preview also does a better job communicating what this theme does.

It’s unclear when these additional tweaks that we enabled in Gboard 10.9 will become available.