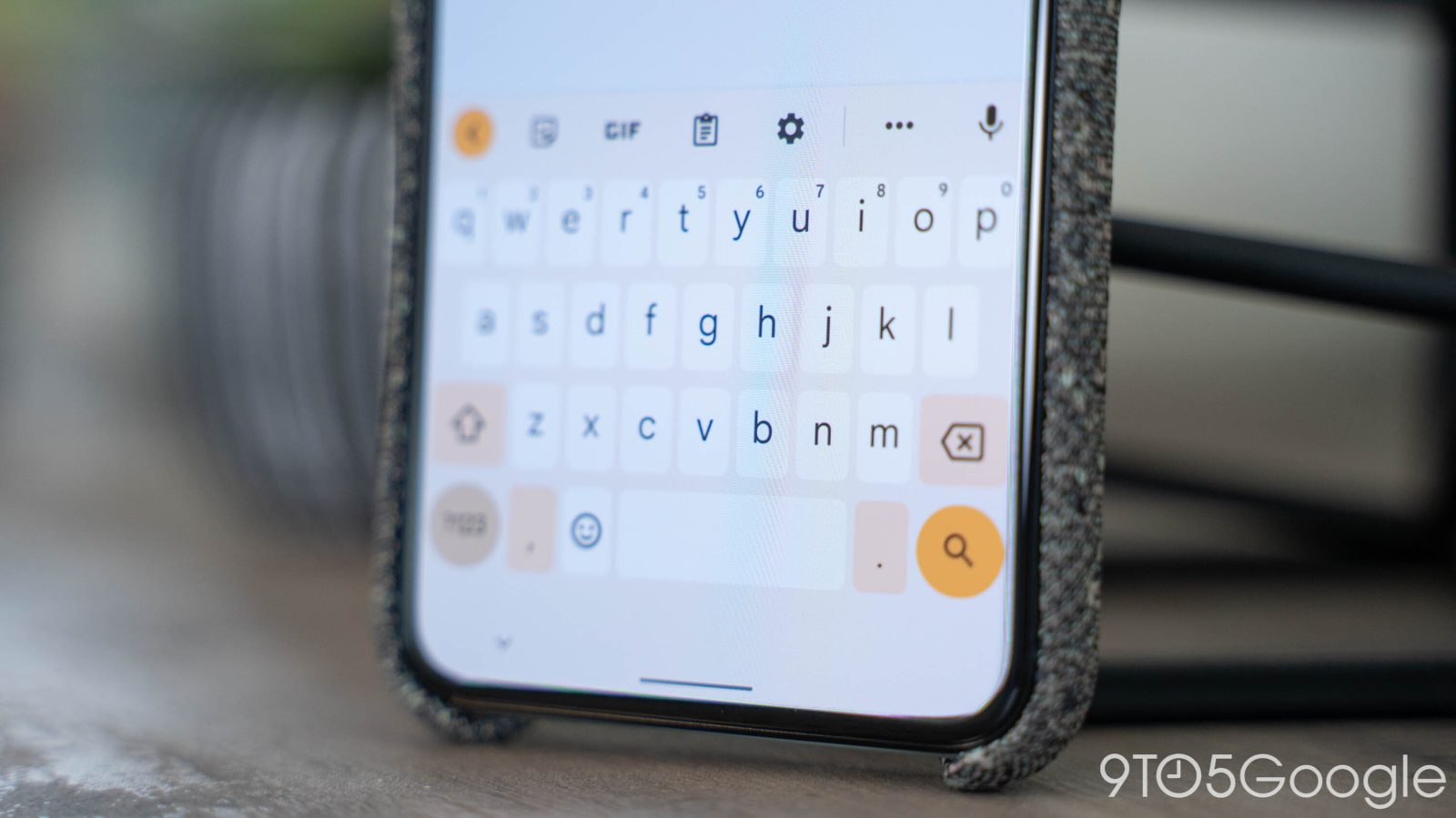 With Beta 3 earlier this week, Google’s upcoming design language is appearing in more places throughout the OS. Some Android 12 users are now seeing the Gboard Material You redesign live.

Update 8/2: The Gboard redesign with Material You theming and button tweaks (which is available for all theme options as seen in the third screenshot below) is now widely rolled out. If “Dynamic Color” does not appear in the “Default” row of Themes in Gboard settings, reboot your device. To take advantage of wallpaper theming, it has to be manually set.

We’re seeing it on all our Android 12 Beta 3.1 phones this morning. It’s unclear if Google plans to bring the tweaked keyboard layout to older devices, but Dynamic Color will undoubtedly remain exclusive to the next version of Android.

Update 7/20: The Gboard Material You redesign, with its “Dynamic Color” option in “Theme” settings, is appearing for more people today following last week’s initial availability. However, it’s not available for all users yet.

That said, many people are seeing the Google Sans font in Gboard on Android 12. Older devices are not seeing this change yet. The uppercase ‘G’ and ‘Q’ — which is slightly wider — exhibit the most obvious differences.

Original 7/16: As we previously enabled last month, the Google keyboard redesign varies depending on whether you have “Key borders” enabled. If you don’t, the ‘?123’ key and spacebar are placed in pill-shaped buttons and adopt a rather dull hue based on your system color.

Meanwhile, the return key is similarly shaped, but — along with the ‘expand’ key in the top suggestions strip — is much brighter and vibrant in color. The gesture trial is similarly and rather delightfully themed.

If borders are enabled, ‘return’ and ‘expand’ are the brightest keys and placed in circles. ‘123?’ is also a circle and quite dark. However, there is a third level of key theming that slots in between the other two shades for caps lock, comma, period, and backspace. Lastly, the background is themed, while all other keys are lighter/white.

A handful of users are seeing this Gboard Material You redesign, but it’s not widely available yet. Both beta and stable channel Gboard users are encountering this phased rolled out. For more color examples, check our post last month.

Google’s keyboard app has undergone a number of A/B tests in recent months, including one variant that made use of a sheet. However, we believe this looks to be the final design.