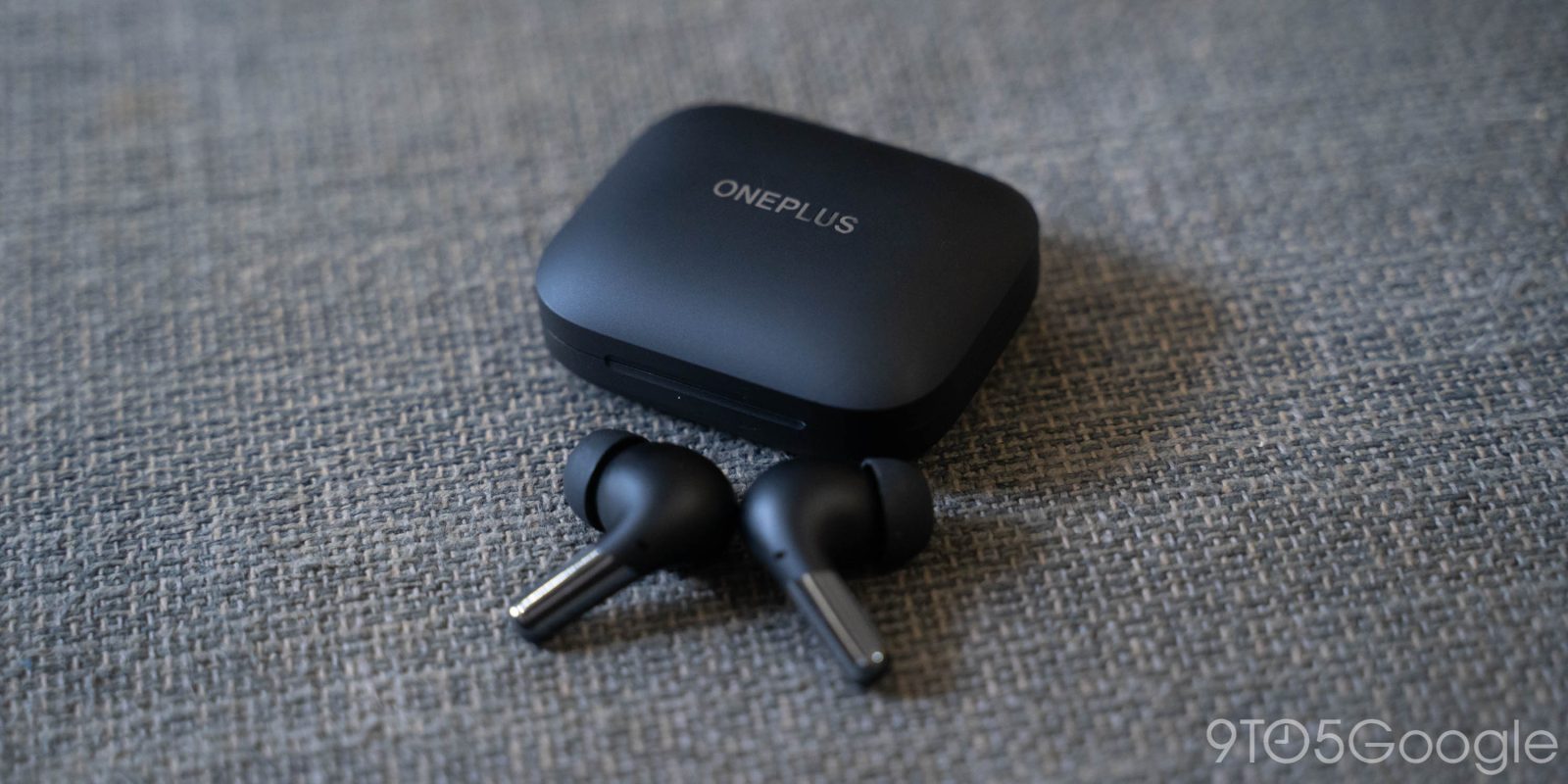 Truly wireless earbuds are a dime a dozen in today’s market, with so many models releasing that you’re sure to find one that perfectly fits your needs and budget. Next week, OnePlus will release the Buds Pro as its most expensive option yet, but also its best to date based on my first impressions.

Addressing the elephant in the room, the OnePlus Buds Pro have a design that feels pretty familiar because, well, they’re virtually identical to the AirPods Pro.

The only big differentiator between these two pairs of earbuds is the two-tone finish that shows a solid black or white color on the top of the earbud and a glossy silver along the bottom half. Aside from that, everything from the overall shape to the oval eartip is basically copied from Apple’s model. The case, though, isn’t the same and instead has a larger footprint with a design that sees the earbuds lay flat, where Apple has them sit in little silos for charging. Personally, I prefer Apple’s design here, but what OnePlus settled on works just fine too. I never had the earbuds fail to connect for charging.

It’s not a bad thing that OnePlus is copying Apple’s design, but it’s a bit hilarious given the history of the OnePlus Buds being seized by authorities over being so similar to AirPods.

Ignoring that point, though, I think OnePlus Buds Pro stand out on their own for a few reasons.

That starts with the sound quality, which is shockingly great for this price point. They sound much better than the standard OnePlus Buds and have more clarity and depth to their sound compared to the equally-priced Galaxy Buds 2, which I just reviewed last week. The active noise cancellation is middle-of-the-pack when it comes to how effective it is, losing points a bit just because it’s hard to trigger.

Comfort was another point where OnePlus Buds Pro were a big win for me. The earbuds fit wonderfully in my ear and, unlike many others, can stay there for a couple of hours at a time without any discomfort or pain. The only other earbuds that have come close for me on comfort are the original Pixel Buds, but OnePlus Buds Pro take the edge again by having a more secure fit in my ear.

However, there are definitely some negatives I’ve experienced in the few days using these earbuds. First off, the software suite. If you’re not using a OnePlus smartphone, you’ll need to download Oppo’s “HeyMelody” app. The app is relatively well designed, but I had some functional issues controlling ANC through the app as it kept trying to force transparency mode.

Then, there are the touch controls. This is somewhere that the original OnePlus Buds really suffered, and unfortunately, the Buds Pro don’t fully solve the problem. Instead of simple touch controls, every interaction with Buds Pro is handled with a “squeeze” of the stem. This makes every action take a bit longer, and I found it frustrating as I couldn’t perform simple actions like pausing music without messing with the earbud’s fit. On the bright side, there’s plenty of customization to be had with this. OnePlus has gestures for single, double, and triple “squeeze” actions. These default to pause, next, and previous track, respectively. You can also squeeze the buds for a full second to toggle ANC modes or squeeze for 3 seconds to trigger “Zen Mode Air,” which plays white noise as a clever bit of add-on functionality.

Are OnePlus Buds Pro a worthwhile purchase? Three days of use on my end are not enough to fully decide on that, but the overall package is certainly rather compelling at $149, and I’ll definitely be using these as my primary earbuds for the next little while.

OnePlus Buds Pro will go on sale on September 1 in the US.