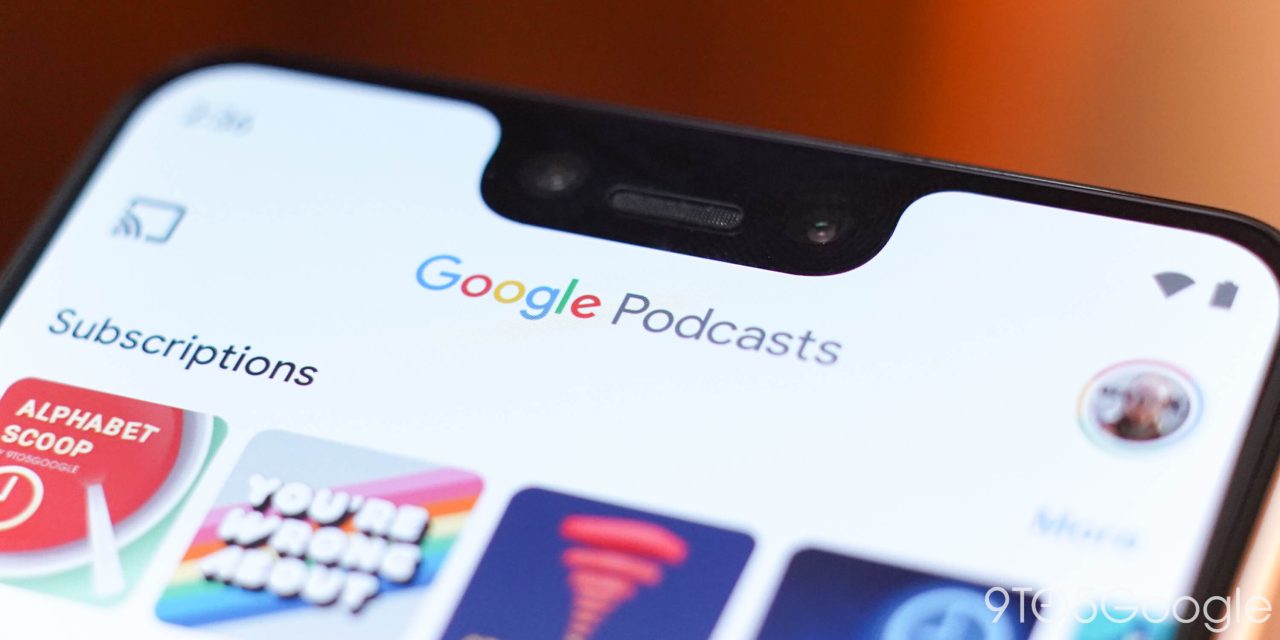 Earlier this year, Google redesigned the Now Playing UI in Podcasts for Android and iOS. Google Podcasts is now rolling out its next major redesign with a lot of tweaks that address usability complaints.

Update 8/30: After first appearing for Google app beta users, the Google Podcasts redesign should be rolling out to those in the stable channel (version 12.32+) on Android. Look for the new show grid view and “Library” tab.

Original 8/6: As we’ve been expecting, the changes start on the “Home” tab, where the podcasts carousel is now named “Subscriptions.” This allows Google to add a “More” button that opens a grid view and thus addresses a big complaint among users that follow a lot of shows. The previous carousel-only approach required a lot of scrolling to find a particular podcast.

Meanwhile, the “Home” feed is unchanged except for each episode card adding an overflow menu in the bottom-right corner. This lets you quickly “Share” or “Mark as played.” This saves users from having to first open the full episode page in order to complete the latter action.

“Explore” is unchanged save for the “Google Podcasts” wordmark — which drops the red “Beta” tag for all users — appearing in the app bar, thus avoiding the double “Explore” with the bottom bar.

Lastly in core navigation, “Activity” is now “Library,” with Google dropping the four top tabs that you could easily swipe through for a standard list view. We already discussed the Subscriptions grid, with Queue, Downloads, and History quite straightforward.

Beyond these visual changes, the other big one deals with how tapping the Google Podcasts app/homescreen icon no longer resets where users are in the app and return them to the “Home” tab. This was due to Podcasts being part of and an extension of the Google app. With that behavior changed, Google Podcasts acts like any other installed application.