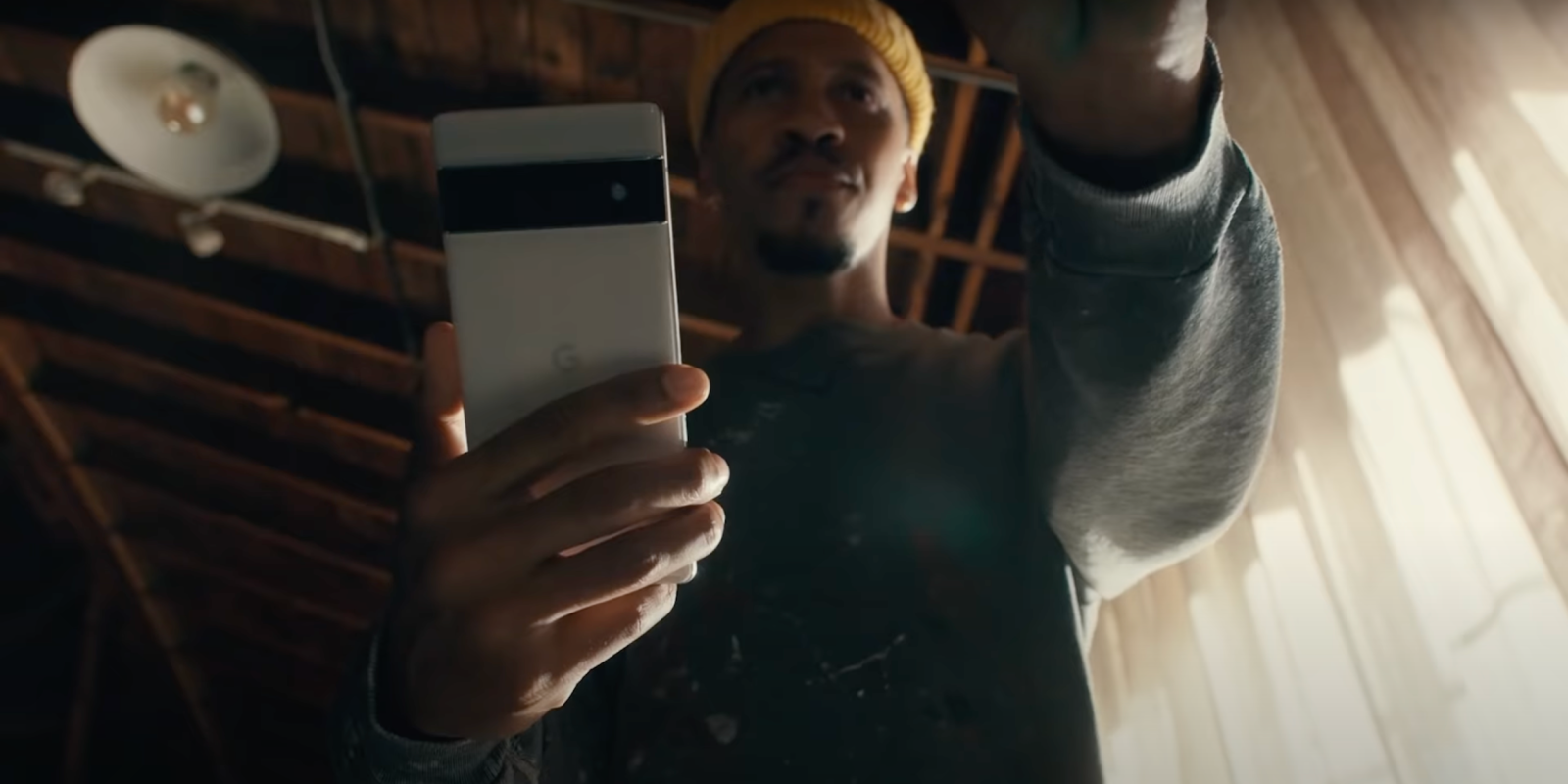 Just over a month after the first preview, Google this evening released the first Pixel 6 ad. With a “For All You Are” tagline, this 30-second video provides our first real, non-rendered glimpse of the hardware.

It starts by literally turning up the volume (using Android 12’s new slider UI), and asking, “What if smartphones weren’t just smart?” Spliced in between is a shot of somebody picking up a face-down Pixel 6 Pro in gold. This ad unfortunately does not provide a good, live look at the Pixel 6’s screen, which Google has yet to really show off. That said, we do see how the bottom bezel is thicker than the other three sides.

“What if your phone saw you for who you are?” is accompanied by four clips of people holding the Pixel 6 in different color variants: gold 6 Pro (again), white 6 Pro, green/teal 6, and orange 6.

This is notable as Google in August did not allow any publication to take live pictures of the hardware, and only provided official renders — which make a reappearance in this teaser.

The ad highlights three aspects of the Pixel 6 and its relation “to you”:

This first ad ends on “Coming Fall 2021” and a “For All You Are” tagline that will probably be how Google markets the Pixel 6 in videos and print. The company is appealing to the idea of a smart, personalized device that adapts to you. This is primarily thanks to Material You, but hopefully there are other smart software features.

Introducing Google Pixel 6. The first-ever, all-Google phone that gets better over time by learning from how you use it, and adapting to your needs. Because it’s about time your phone is as unique as you.