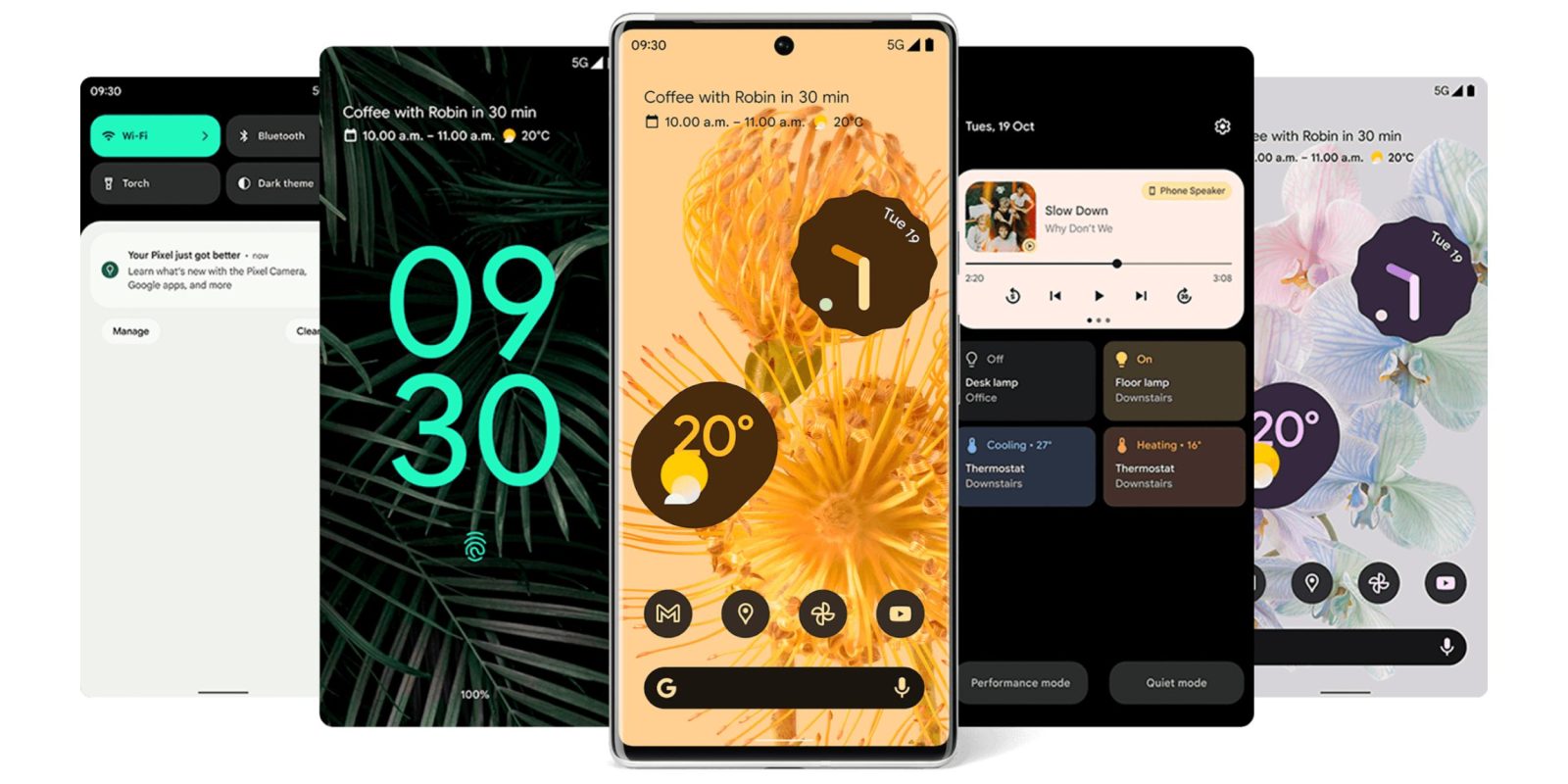 In addition to the 2nd-generation Pixel Stand and other accessories, a leak of official Pixel 6 and Pixel 6 Pro retail renders reveal a slew of software details.

Evan Blass (@evleaks on Twitter) this evening leaked a trove of Pixel 6 and Pixel 6 Pro renders. As of Android 12 Beta 5, “At a Glance” does not work with weather (temperature or condition) not appearing.

In June, we detailed a big upgrade to “Live Space,” and we now have many more images of the updated “At a Glance” experience built-in to the Pixel Launcher. When you have an upcoming flight, the Pixel 6 will note it in the top-left corner complete with departure time.

What’s new is a button at the right that notes your gate and seat number, as well as the boarding QR code pass. Tapping will presumably open a bigger version for quick scanning. It saves users from having to first open the notification shade. Live Space is much more proactive and actionable.

It appears that third-party apps can now appear there. One screenshot shows a “Running activity” from an Adidas app that notes elapsed time and distance (ran). Lastly, we see a regular calendar appointment complete with event title and time period, followed by weather.

Meanwhile, we get a look at “Security” settings. This hub notes:

The last two are the most notable. In addition to an under-display fingerprint sensor, which is marked by an icon on the lockscreen, the Pixel 6 will feature face unlock. There does not appear to be any special hardware (IR), so Google is presumably using the front-facing camera alone.

The last image of note in this leak confirms the Pixel 6 Pro’s 50MP wide lens, 12MP ultrawide, and 48MP telephoto. Speaking of photography, one notification refers to it as the “Pixel Camera” versus “Google Camera.” That said, this could just be short-hand rather than an app renaming.