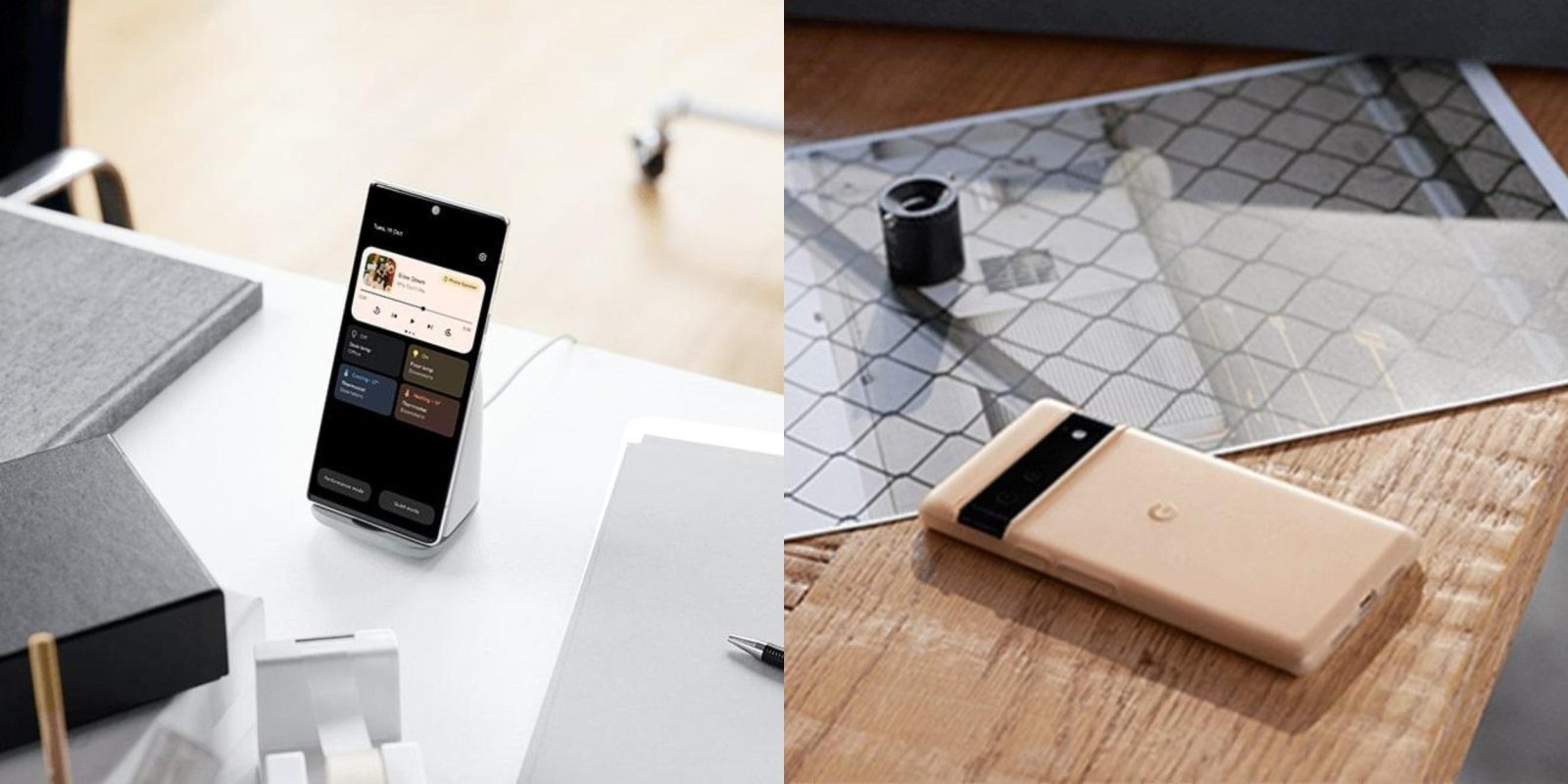 As we first reported in June, Google is working on a 2nd-generation Pixel Stand for the Pixel 6. The first-party wireless charging stand has now leaked, along with a new case and charger for the upcoming flagship.

Compared to the original introduced with the Pixel 3 in 2018, the new Pixel Stand (leaked by Evan Blass on Twitter this evening) is much larger with a curved rear and non-circular base. This design helps accommodate a fan system for higher-power charging, previously rumored at 23W.

Meanwhile, the new Pixel Stand UI starts by showing the day and date in the top-left corner. Media controls appear next with your grid of smart home device controls following. At the very bottom are two shortcuts for “Performance mode” and “Quiet mode.”

Meanwhile, we get our first look at Google’s first-party case for the Pixel 6. It looks exactly like the one introduced for the Pixel 5a that touts a “durable” dual-layer design. There’s a squishy, shock-absorbing exterior that’s translucent and a hard plastic interior.