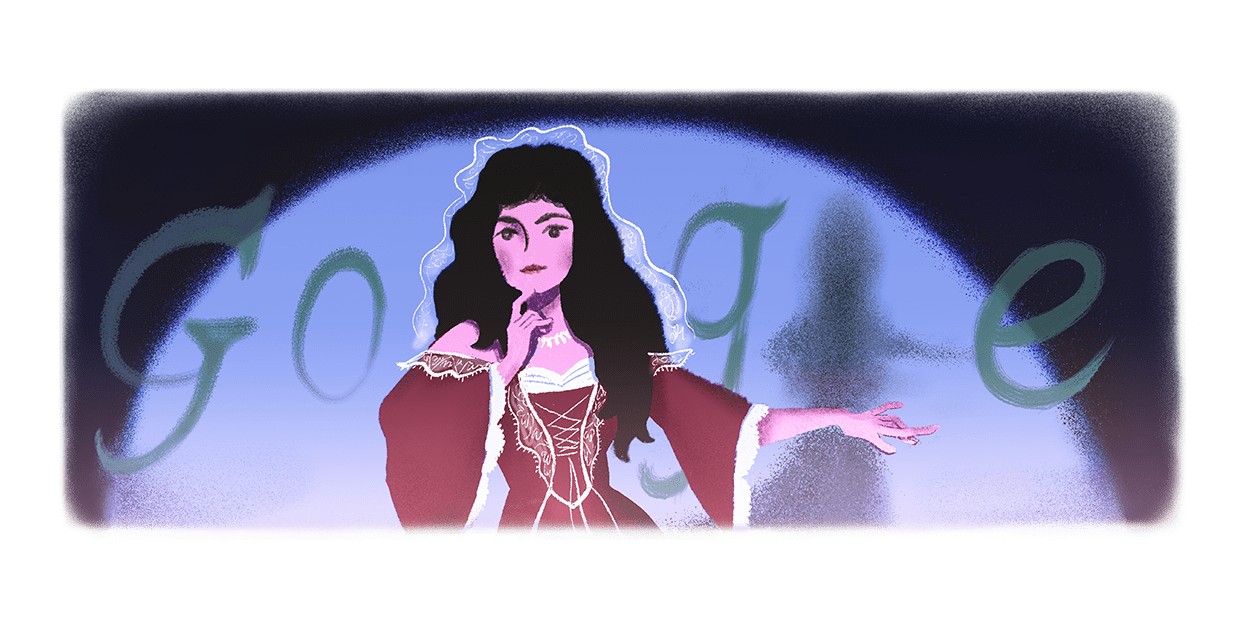 Google is celebrating the life of Helena Modrzejewska — the Polish stage actor acclaimed for her Shakespearean performances — with a homepage Doodle.

Helena Modrzejewska was born on October 12, 1840, in Kraków, Poland, as Jadwiga Benda, but was later baptized Helena Opid. When she made her debut performance in a play called The White Camellia in 1861, she took on the stage name “Helena Modrzejewska,” stemming from her first husband’s stage name. Modrzejewska’s early career saw her perform at many cities across Poland before solidifying herself as a national star during an eight-year tenure in Warsaw.

Between political turmoil — with Poland at the time under the thumb of the Russian Empire — and a grandiose outlook on American lifestyle, in 1876, Helena Modrzejewska moved to the United States along with her second husband and a group of friends. Once there, the group purchased a ranch in California and planned to live off of the land, but their lack of farming experience ultimately led to failure.

Pressing forward, Helena Modrzejewska made her American stage debut in 1877 in a production of Adrienne Lecouvreur. There, she was spotted by an agent who signed her onto a tour of shows along the eastern United States, including New York. To make her name easier to pronounce for English-speaking audiences, she shortened her stage name to “Helena Modjeska.”

Over the course of her 30-year stage career in America, Modrzejewska grew a reputation for breathing life into Shakespearean tragedies, frequently taking on roles like Juliet in Romeo and Juliet, Queen Anne in Richard III, and more. Beyond these, she managed to take on hundreds of roles across hundreds of cities worldwide, even at times producing, directing, and publicizing for some shows.

Helena Modrzejewska died on April 8, 1909, and she was buried in Kraków.

Even beyond the stage, Helena Modrzejewska’s influence is still felt in the United States. Some scholars have suggested that the character Irene Adler, love interest of Sherlock Holmes, was based on Modrzejewska. Meanwhile, to this day, some confectioners around the country still offer “Modjeskas,” a caramel covered marshmallow treat.

In today’s Google Doodle, Helena Modrzejewska is shown in the spotlight, with her head taking on the role of the second “o” in “Google,” while her shadow serves as the “l.” Over on the Doodle Blog, there are some early drafts and alternate sketches for the artwork, each showing Helena Modrzejewska in a different role.