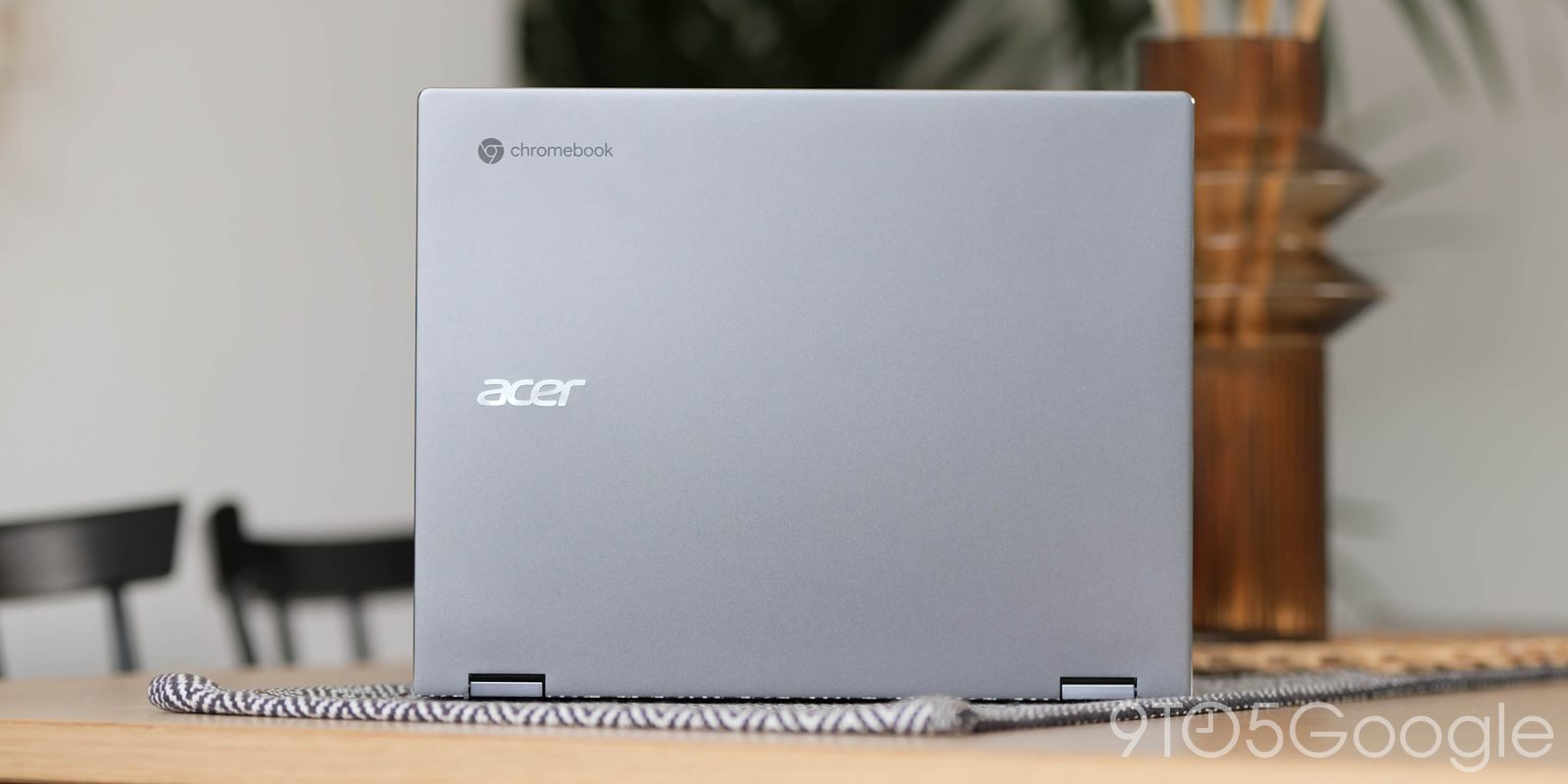 The explosion of Chrome OS over the past 18 to 20 months and at-home working similarly expanding unlike ever before, it’s refreshing to know that you don’t need to deal with cheap, underpowered Windows laptops or PCs to get actual work done. A case in point is the excellent Acer Chromebook Spin 713.

This refresh over the late-2020 model provides some tweaks and tuning but looks identical to the previous generation making it hard to distinguish at first glance. In essence, Acer has simply decided to tweak the lineup with some slightly more power-efficient and powerful internals and retain the design that has made the Spin 713 such a solid Chromebook.

A bigger question is whether the changes have been worthwhile, but we’ve spent some time with the Chromebook to find out — in this, our full review.

I’ll admit that I don’t spend a lot of time with “good quality” Chromebooks and very little time using Chrome OS for that matter. Back when the Pixel Slate was still a thing, I was enamoured by the hardware and the potential that we might see some actual desktop-level editing and software packages. I had hoped that this would make Chrome OS a viable alternative for those of us entrenched in video editing software or when wanting to expand beyond the “core” browser experience.

I’m still waiting for a decent video editing software package to come to Chrome OS but in every other area, I could easily say I am content when using the Acer Chromebook Spin 713. That is despite not having what one would consider “high-end” specifications, this laptop provides a very convincing experience in almost every single area.

The design and form factor is a key seller and because it’s made of aluminum, this is great for a workhorse machine that can take a beating on a day-to-day basis. It’s deceptively thin too with the hinge for the display ensuring that when closed the Acer Chromebook Spin 713 is completely flat.

Because the entire body is a mixture of plastic and aluminum, there is a little flex in the body but no real “wobble” that I’d often associate with dirt-cheap Chromebooks and Chrome OS hardware. That’s pretty important as the Acer Chromebook Spin 713 is effectively a convertible laptop-tablet hybrid thanks to the 360-degree hinge. With no real chassic flex, you have confidence using the Spin 713 in either tablet or traditional laptop format.

While that is great, there is no denying that the Acer Chromebook Spin 713 is a little plain. Plain is absolutely fine, it’s durable, functional and inconspicuous. I really do think that this is something more laptops and Chromebooks could learn from.

Easily the most eye-catching feature of the entire Spin 713 package is the gorgeous 13.5-inch QHD+ display. It’s a little unorthodox as it comes with a 3:2 aspect ratio but this proves excellent when used in tablet mode becuase as you gain a little extra width or vertical space. Things just feel a little less cramped than with a 16:9 screen or at least that is how it feels when using this laptop hybrid. However, having two browser windows side-by-side when in laptop mode can feel cramped and crowded due to that minor aspect ratio alteration.

I’m trying not to oversell the display on this laptop but it’s sharp, precise and although the color accuracy is not quite perfect, it’s truly excellent for everything I’ve used on a day-to-day basis. One negative is that is has a glossy finish. Add in a touchscreen and you’ll have to wipe a ton of fingerprints and grease from the panel after pawing at on-screen UI elements.

I would have liked a few more ports to accompany the dual USB-C, HDMI, USB-A, 3.5mm headphone port and microSD card readers. Personally, a full-sized SD card reader would have been really nice along with just one more USB-A por. Complaints aside, it’s a fairly decent selection given that many laptops now require a dongle to access core ports.

Throughout my time with the Acer Chromebook Spin 713, I have been using a model that is powered by the Intel 11th Generation i3-1115G4 processor, 8GB of RAM and includes a 256GB NVMe SSD for storage. This is technically an entry-level device but at no point have I felt that I needed more power under the hood. It would be nice to have a little extra RAM for longevity purposes but extensions like The Great Suspender help ensure that excess RAM is not being hogged by a mountain of open tabs.

Running a web browser and some fairly lightweight Android apps means you don’t need much to keep things running smoothly. Because of cloud gaming platforms like GeForce Now and Google Stadia, a device such as this without a dedicated GPU, I have the ability to play titles like FIFA 22 at 1080p resolution and 60fps. It still feels incredible on what in PC terms is such modest hardware and without a dedicated GPU and utilizes integrated Intel UHD graphics.

I spend around 95% of my time when using a laptop or PC in Chrome or the Adobe Creative Suite. Everything else is just simple file management. Almost all of the software I need access to for work purposes lives within those narrow margins. Because of this, being able to sync all of my existing and favorite extensions and Chrome add-ons is great as I feel less inhibited and more able to just enjoy Chrome OS. Adding to that, the performance hit with over 15 extensions live, active and in use hasn’t been noticeable in any way.

Throughout my time with the Acer Chromebook Spin 713, I haven’t encountered any slowdowns of note even with a fairly modest Intel i3 CPU. Overheating was not an issue either, as the laptop ran cool 99% of the time too. One weird quirk I have spotted involved the device fans. For some reason, they would kick in for less than a second every so often which was jarring at first but actually became quite hilarious as I can’t imagine this made any difference to the internal temps. Maybe it’s erroneous or a bug but it happens so infrequently that it didn’t become annoying.

Anecdotally, I did notice this happened more often when I had the keyboard lighting enabled. As for this core component, I’m not entirely convinced by the keyboard but it’s adequate and there is plenty of travel in each individual key. I personally felt that there was a very “spongey” feel but they work well and the backlighting for each key seems to be solid even if there is a little light bleed.

I similarly like the trackpad but it did take me a while to get used to the “floaty” cursor which isn’t as precise as my usual Macbook trackpad. That said, it’s a nice experience once you learn how to handle the nuances here. The glass texture is lovely to use and with a little tuning in the settings menus, it’s a great option.

Being able to just swipe down with your finger or interact with on-screen elements just like you would with a smartphone is something I didn’t think I would love but I think I will struggle to go back to using a mouse and keyboard alone. Not only is it pinpoint but it lets you naturally interact with certain website UIs or just grab and select things quickly without messing with the touchpad. It helps that the touchscreen is fast and accurate.

I absolutely detest the speaker quality here though. Half the time I felt I had to reach for headphones just to enjoy watching any video content. A major reason for this is the positioning of the speaker at the bottom of the chassis. Audio can be muffled very easily – be that by your lap or a desk. Then there is the integrated webcam. It’s another sore point for this impressive hardware package. It’s dim and although not grainy will probably get you through conference calls without major complaint.

The 56Wh cell that comes inside the Acer Chromebook Spin 713 has been exceptional in my experience. Part of that is likely due to the i3 CPU but I expected the QHD+ display to really sap at the internal cell. I was shocked at how efficient the Spin 713 is day-to-day. I can easily get 8-10 hours of solid usage without thinking about finding the charger.

I opted to use a OnePlus 65W charger when I did need to charge the laptop overnight as the in-the-box USB-C charger is very cumbersome. This is one of the major benefits of USB-C charging rather than using an awful proprietary connector like many Acer Windows laptops tend to. My charging habits have therefore changed to mimic that of my smartphone, just top up a little here and there or leave it plugged in overnight and I’m ready to go for the next day. It is with a heavy heart that I’ll return to an Intel MacBook Pro that is unable to muster such impressive lifespans and often spends most of the day tethered to a wall outlet.

Although not necessarily the most affordable Chromebook, the Acer Chromebook Spin 713 is an incredibly good two-in-one that would be ideal as an everyday workhorse for most people. The excellent QHD+ touchscreen alone is worth the asking price, while there are more powerful machines available the extra capabilities make it a great companion for those wanting new Chrome OS-powered device with a little more than just one use-case.

Updates are also guaranteed until 2029, by which time you might be looking to upgrade but for now I don’t think I could recommend a Chrome OS laptop as highly as the Spin 713. Even though it’s not “cheap” in the traditional sense, the i3 model is a great option if available in your market. For a little more grunt you might want to up your budget for the i5 model but the performance benefits might be negligible.

We might not get a Pixelbook for 2021, but the Acer Chromebook Spin 713 might be the perfect alternative to another Made by Google Chromebook. If you’re looking to pick one up the latest model the i5 version is available right now from online retailers including Best Buy. but, unfortunately, the 11th Gen i3 model is a little harder to find.