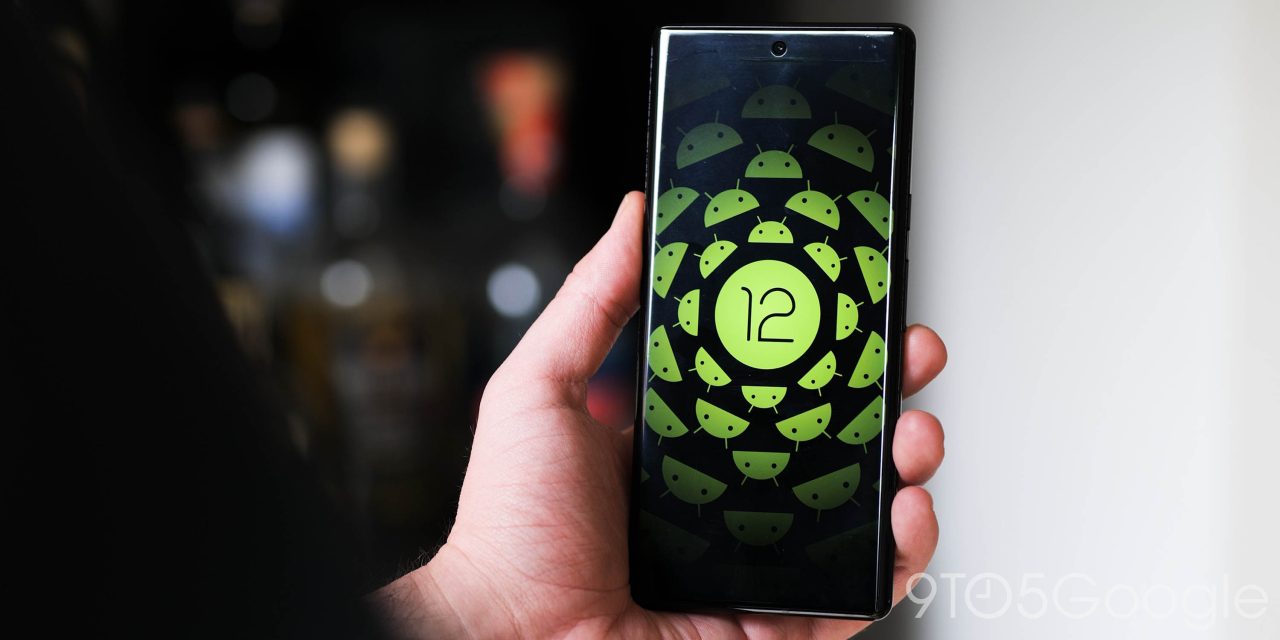 Right off the back of a massive bug fixing OTA update for Android 12, Google has unleashed the next release — Android 12L Beta 1.

If you have no clue what the heck the Android 12L Beta is all about, allow me to enlighten you with the abridged version. This mid-cycle update is coming in early 2022 to provide devices with larger screens a better experience with some tailored tweaks and plenty of tuning. Now, this could point towards a Pixel Fold or Google-made folding smartphone in the not-too-distant future. That said, a special build that also benefits Android tablets is also something that is long overdue.

Don’t expect sweeping changes though, Android 12L Beta 1 is very light on changes. Almost all are very much refinements and tuning to features added back with the full stable Android 12 release. Maybe we’ll see more in early 2022, but for now, it’s a modest update that you might not even want to install on your main device — like every Developer Preview or Beta before.

Pixel phones have some of the best haptics of all Android devices. Google knows this and with the Android 12L Beta 1 update you’ll notice the subtle addition of haptic feedback in more system areas. A prime example is when sliding up into the app drawer from the Pixel Launcher, which now vibrates to indicate you’ve opened your wider app library.

The most notable though is when accessing the Recents app menu. When scrolling through your open applications, there are soft vibrations when each app arrives at the front of your carousel. Slide up to dismiss an application and there is an incredibly subtle haptic vibration to indicate full closure.

The animations within Android 12 didn’t need a ton of attention in Android 12L but Beta 1 tweaks things slightly yet again. You’ll likely notice certain UI portions slide in just a little more gracefully than before. A notable example is when expanding the notification panel. Each Quick Settings toggle will slide and expand in size before popping into view.

Other sections such as the lock screen toggles for Google Pay and smart home tech will similarly slide in with just a bit more easing on the animations rather than just appearing. Activating Quick Settings toggles that have expanded menus or floating pop-ups will “snap” into view rather than sliding in from a pinned bottom bar panel. It’s not limited here either, as opening the Settings menu and some associated sub-menus feel more “fluid” and in keeping with the Android 12 aesthetic.

New “Clear all” button in Recents

When you want to get rid of apps in the Recents menu quickly, the “Clear all” button is now more visible and instantly more tappable as it’s a proper button this time around. The design actually mimics the Quick Settings pill-shaped toggles and definitely looks more cohesive and obvious for those maybe not necessarily be well versed in all things Android.

Because Android 12L Beta 1 signifies Google’s enhanced efforts to cater for larger phone and tablet displays, some core UI portions are in need of a facelift and some tweaking. A prominent area where you’ll notice this is with Quick Settings pop-up tiles. Instead of being docked or pinned to the bottom of your screen, they “float” in the middle of with layouts reflecting this.

Google has also removed much of the separators or dividing lines in these UIs. You can see bigger icons and wider spacing for areas such as the output audio device panel. Although the Sound & Vibration section is still pinned and does not use a floating pop-up panel, there is better spacing for volume sliders and improved button visibility here too.

When pressing and holding an app that supports quick widget picking, you’ll also get a new fullscreen sheet tailored for that specific app or service. This is just another minor refinement to the widget selection process but a smoother one nonetheless.

A new animation and slightly tuned method of adding new users to your device is also present within the Android 12L Beta 1 update. If you have multiple users enabled, then you can tap your profile icon in the upper right from the lock screen to access a slide-in panel and quickly add more users. We were only able to get this working correctly when tuning the DPI levels within Developer Settings but it should save time expanding the notification shade in future.

While Android 12 lacks the ability, Android 12L Beta 1 lets you control the volume of any currently playing audio on Google Home, Nest or Chromecast-enabled speakers and devices. It’s not quite a return of the ability to adjust levels using the volume buttons on your Pixel but it’s at least a workaround for now.

Although only one tablet can run Android 12L Beta 1, with some tinkering with DPI levels in Developer Options we can see just what the new and improved Quick Settings panel will look like on larger screens. We saw this working in the early emulator Developer Preview build but you get a better idea of what the dual column layout looks like now.

When in landscape view you have more room for up to eight Quick Settings toggles on the left while the right side includes all notifications. On smaller screens this doesn’t work all too well with plenty of artifacting but as we’ve seen when running the Android emulator it should make better use of larger panels.

What is your favorite new addition from the Android 12L Beta 1?

There really isn’t much here to sink your teeth intto, but that doesn’t mean the Android 12L Beta phase won’t throw up some surprises. Even so, do you have a favorite new tweak, change or function in Android 12L Beta 1? Or are you simply hoping to see more as the preview phases progress? Let us know down in the comments section below.