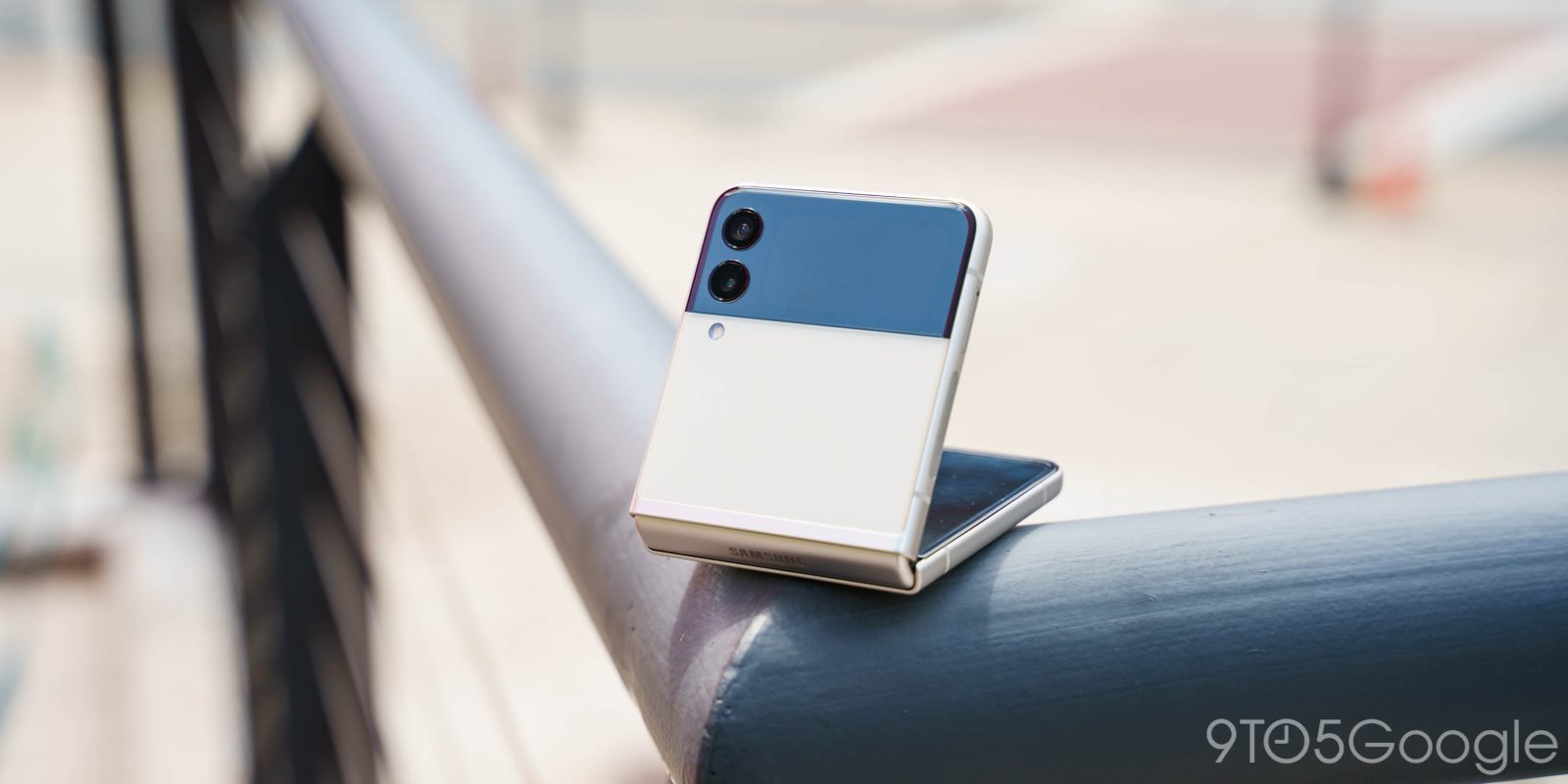 All of today’s best deals kick off with a $400 pre-paid discount on Samsung’s Galaxy Z Flip 3. That’s alongside the more affordable OnePlus 8 at $249 and a markdown on Samsung’s original Galaxy Chromebook. Hit the jump for all that and more in the latest 9to5Toys Lunch Break.

Boost Mobile is now offering a pre-paid Samsung Galaxy Z Flip 3 5G for $600 with a bundled pair of Galaxy Buds 2. Normally fetching $1,000, today’s offer amounts to $400 in savings with the added $150 value of the new earbuds thrown in, too. This marks the best value we’ve seen, as well. No trade-in is required, and the handset can be fully unlocked after a year on the pre-paid service. Though if you’d like to skip all of that, Amazon has an unlocked model at $925 right now.

Arriving as the latest iteration in Samsung’s lineup of folding smartphones, its new Galaxy Z Flip 3 5G sports a horizontal hinge that lets you unfurl the 6.7-inch FHD+ 120Hz screen like an old school flip phone. Its Snapdragon 888 powers the experience and is supplemented by 8GB of RAM and 128GB of internal storage. On the outside, there’s a secondary 1.1-inch AMOLED that sits beside the dual 12MP camera sensors to complete the package. Dive into our hands-on review for a closer look.

OnePlus is currently offering the T-Mobile OnePlus 8 128GB Android Smartphone for $249. Down from its $699 list price and $400 going rate at Amazon in unlocked condition, today’s deal beats the previous all-time low that we’ve tracked by $50.

Sure, this phone might be a generation or so old, but that doesn’t make it a slouch in the specs department at all. You’ll find a powerful Snapdragon 865 SoC here with 5G connectivity and a 6.55-inch AMOLED 90Hz display. Of course, with 128GB of storage and a 48MP rear camera array, you’ll be able to capture holiday memories with ease using the OnePlus 8. Take a closer look in our hands-on review.

Amazon is offering the previous-generation Samsung Galaxy Chromebook i5/8GB/256GB for $599. Down from its lofty $999 original list price, it’s more recently gone for $700 or so with today’s deal matching the all-time low that we’ve seen only once before.

Samsung’s previous-generation Galaxy Chromebook still delivers a premium experience with a 13.3-inch 4K AMOLED touchscreen that is ready to offer stunning visuals when watching YouTube, Netflix, or binging a Disney+ series. There’s a 256GB SSD that allows the system to boot in “as fast as six second” and Chrome OS is touted as a “speedy, simple, and secure operating system.” On top of that, Samsung and Google partnered to give buyers 200GB of Google One cloud storage for 12 months with all purchases of this Chromebook. Take a deeper dive in our hands-on review.

ASUS Chromebook Flip is now $150 off

Amazon currently offers the ASUS Chromebook Flip C436 for $650. While you’d more typically pay $800, today’s offer gives you another chance to lock-in the Black Friday savings while scoring an all-time low. At $150 off, this is only the second time we’ve seen a discount this steep, too. Whether you’re a student looking for a new machine to help tackle the upcoming spring or just want a lightweight machine for browsing the web away from the desk, this ASUS Chromebook is up to the task. Flip C436 sports a 2-in-1 design that’s backed by a 14-inch 1080p display and comes powered by an i3 processor that’s supplemented by Wi-Fi 6 support, 8GB of RAM, and 128GB of storage.

ESR is now offering its Lounge 10W Fabric Qi Charging Stand for $7. Normally fetching $20, you’re looking at 63% in savings while marking a new all-time low at $5 under our previous mention. This unique Qi charging stand from ESR upgrades your desk or nightstand setup with an upright design that lets you keep an eye on notifications. It also sports a unique fabric design that stands out from other models on the market. Not to mention, support for both iPhones at 7.5W and Android devices at the full 10W of power output.