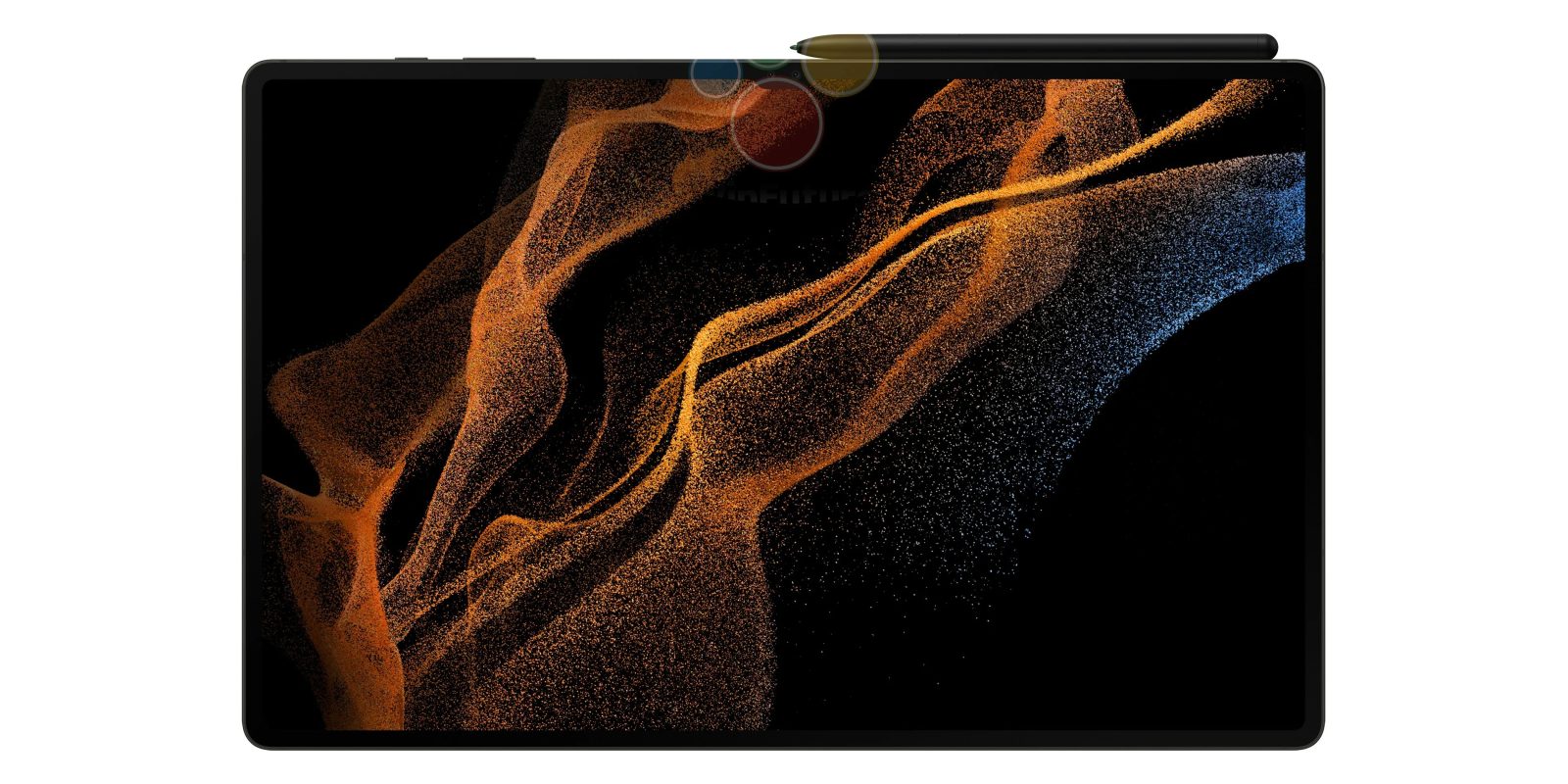 Samsung’s next generation of tablets has been a long time coming, and it seems next month will finally see its debut. The Galaxy Tab S8 series includes three different models, and a huge leak today reveals the full specs sheet.

WinFuture with its solid track record reports that the Galaxy Tab S8 series will, as previously reported, be made up of three models including a new super-sized “Ultra” model. A full list of specs for these three tablets also reveals that they’ll be the first tablets using the Snapdragon 8 Gen 1 chip from Qualcomm along with other powerful hardware.

Looking first at the base Galaxy Tab S8, the 11-inch tablet will use and LCD display as opposed to the OLED panels used on higher-end models. The tablet will use a 2560×1600, 120Hz display, though. This doesn’t come as a huge surprise, as the Tab S7 series followed the same pattern. Alongside its brand-new Qualcomm chip, the Tab S8 will also ship with Android 12, offer 8GB of RAM alongside 128GB or 256GB of storage (both with microSD), and USB-C 3.2 for data transfer and charging the 8,000 mAh battery. The tablet as a whole measures 253.8 x 165.4 x 6.3mm.

Both the Galaxy Tab S8 and Tab S8+ have a dual-camera setup on the rear with a 13MP primary camera and 6MP ultrawide. There’s also a 12MP front-facing camera primarily used as a webcam. It will apparently also support facial recognition, but the fingerprint sensors on either device will surely be more secure. The Tab S8, notably, appears to put its fingerprint sensor in the power button where the Tab S8+ only leaves room for such a sensor under the display.

Finally, there’s this year’s standout, the Galaxy Tab S8 Ultra, which holds nothing back on the spec sheet. This truly massive tablet houses a 14.6-inch AMOLED display at 2960×1848 with a 120Hz refresh rate. This tablet also offers 512GB of onboard storage as its top tier instead of 256GB, and can optionally have twice the RAM at 16GB. The other notable differences include the even-thinner dimensions at 208.6 x 326.4 x 5.5mm and the bigger battery at 11,200 mAh. There’s also a pair of 12MP cameras on the front of the tablet housed in a notch, presumably used for stronger face authentication. There’s also support for a fingerprint sensor.

Pricing on the series isn’t directly confirmed in this leak, but a previous leak pointed at the Tab S8 starting around $850, with the Tab S8+ at $900 or so, and the Tab S8 Ultra around $1,100 in the US. As lines up with year’s past, the S Pen is included with each model.

Samsung is expected to debut the Galaxy Tab S8 series and its impressive spec sheet in early February.