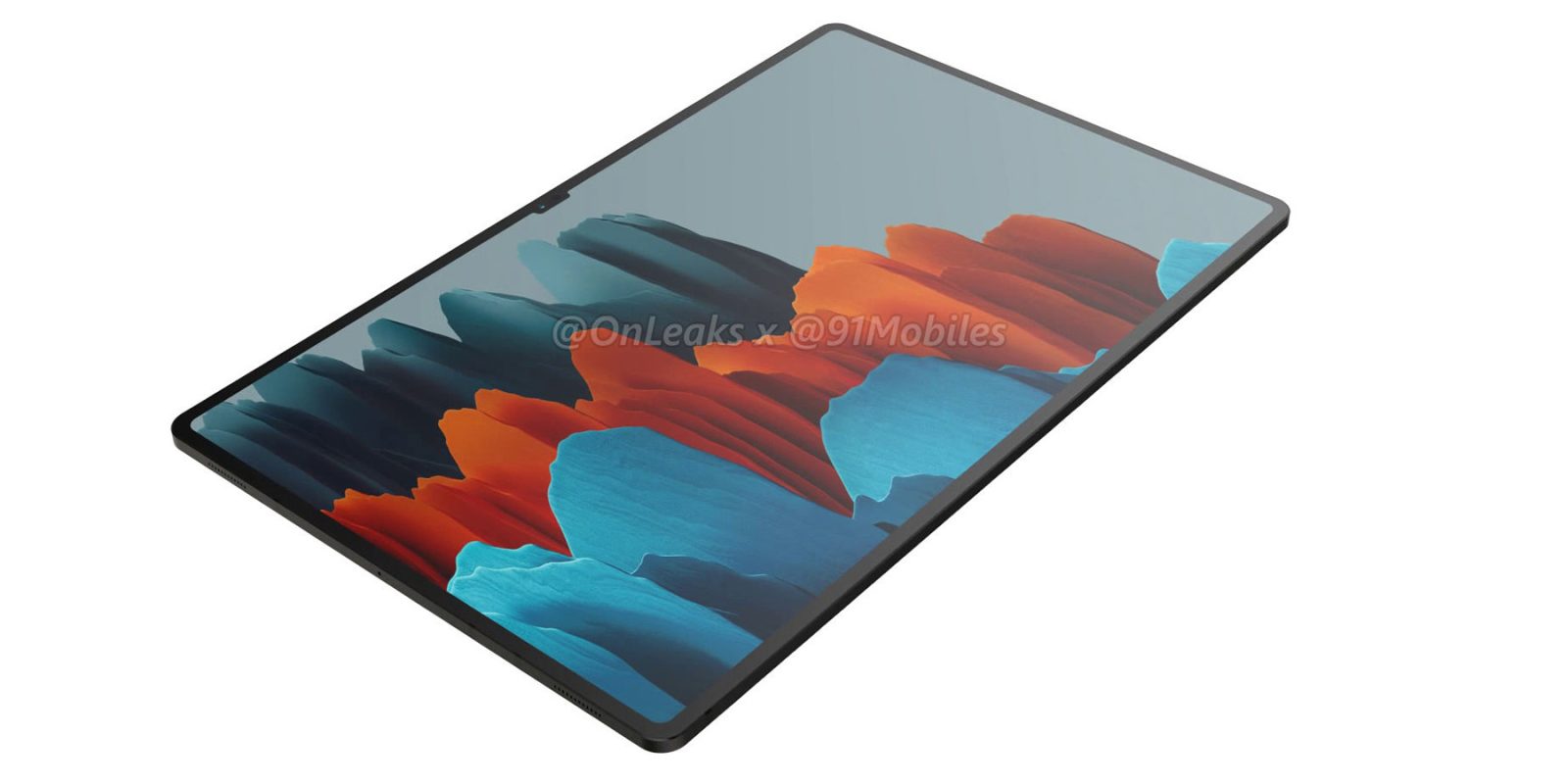 Samsung’s Android tablets have been the best on the market for quite some time, and rumor has it the company is gearing up for something quite literally big in the coming months. Now, we’re getting a look at the Galaxy Tab S8 series which has a display notch.

@OnLeaks revealed the first renders of the standard Galaxy Tab S8 with Zouton which shows off a pretty standard affair. A big screen with relatively slim bezels, dual cameras on the back, and a magnetic landing strip for the S Pen. The dimensions of 253.75mm x 165.30mm x 6.24mm hint that the display will be another 11-inch panel most likely.

More interesting, here, are the Galaxy Tab S8 Ultra renders shown by 91Mobiles that depict the very large 325.8mm x 207.9mm x 5.4mm slab. Previous rumors hinted at that size delivering a 14.6-inch panel, which seems very reasonable in that size chassis. The hardware looks visually the same as the smaller model and lacks a headphone jack, just like those smaller units, something that seems pretty reasonable given the mere 5.4mm thickness.

The weird choice here, though, is that Samsung seems to be adopting a notch on the display to house the camera module, a decision that feels quite ridiculous given the monstrous size of the device. The notch is rather small compared to the overall canvas, but it’s not a great look when the tablet is held in portrait mode as pictured.

It’s not entirely clear when Samsung plans to ship the Galaxy Tab S8 series or this Ultra with its notch, but the first half of next year seems like a safe bet.