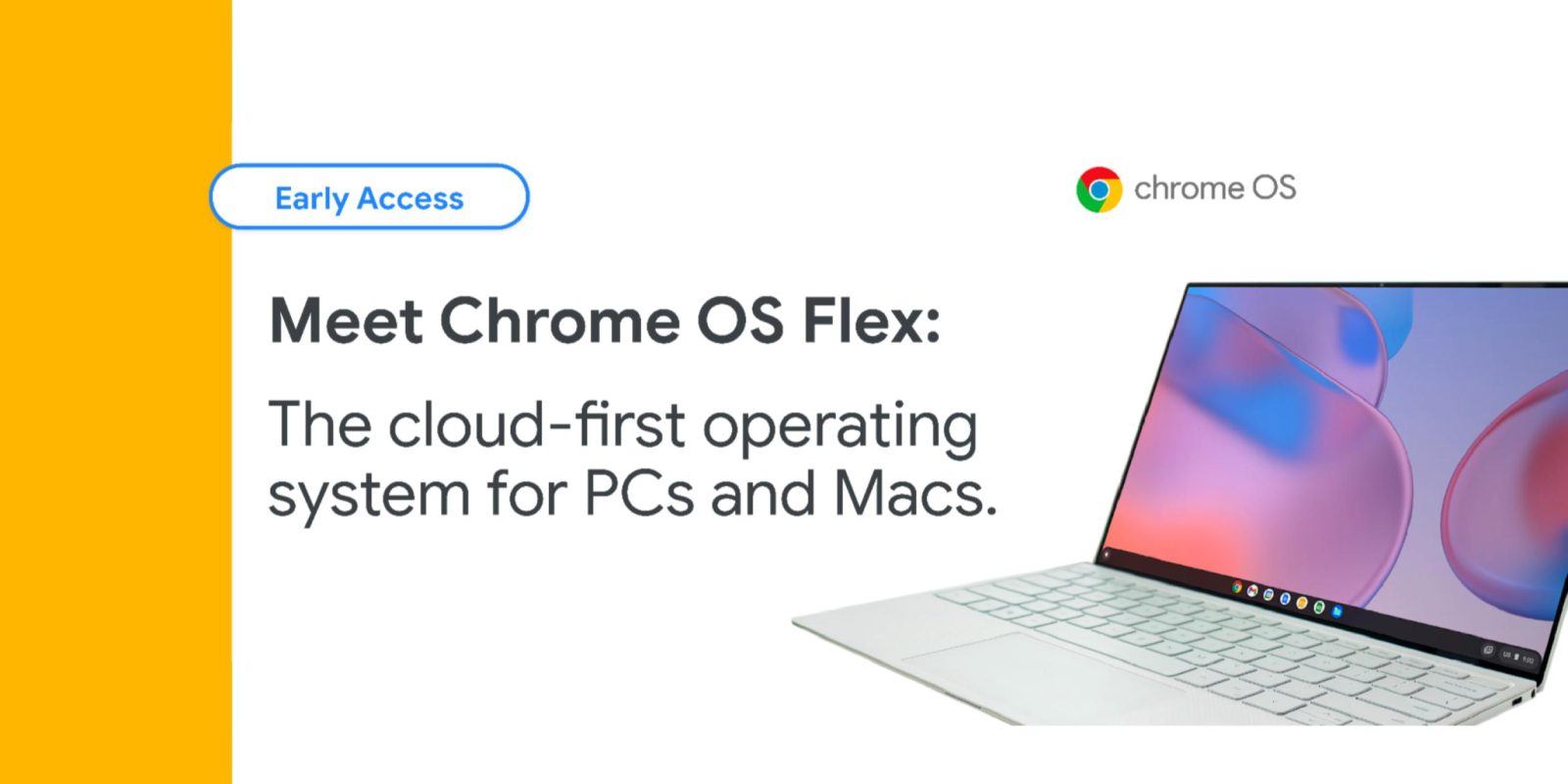 In December of 2020, Google acquired a Chromium-based operating system that turns old PCs into Chromebook-like devices. CloudReady is now becoming “Chrome OS Flex” and is launching in early access today.

CloudReady’s big pitch was how it extended the life of old PCs that were no longer getting official updates. That software is now becoming an official Google offering with Chrome OS Flex.

Billed as a “free-to-download operating system” by Google, the original team directly integrated “the benefits of CloudReady into a new version of Chrome OS.” It offers the same user interface, Chrome browser, cross-device features/integrations with Android, cloud sync (for settings and bookmarks), and Google Assistant that’s found on Chromebooks today. Other available features include Family Link, Smart Lock, Instant Tethering, and Nearby Sharing.

However, there are no plans at the moment to add the Play Store and support for Android apps to Chrome OS Flex, but newer hardware might allow for Linux.

The Chrome OS Flex install process can occur over USB or over the network. This includes booting directly from a USB drive to trial it without having to first install it. It works with x86 (Intel or AMD, but not ARM) Mac and Windows PCs that are up to a decade old or so.

To provide a reliable and predictable experience, Google has tested and optimized many of the world’s most popular models of Windows, Mac, and Linux devices. Check the Certified models list to see all the models that are maintained by Google for Chrome OS Flex

Google is providing a first look at the new OS today. As such, this early access is officially in the dev channel and there will be bugs. A stable version will be launched in the coming months and CloudReady customers will be able to upgrade to Chrome OS Flex at that time.

Chrome OS Flex is free to download — full instructions here via the Chromebook Recovery Utility (Chrome) extension — and use for all users. For enterprise customers, there’s no standalone license cost compared to CloudReady, but the Chrome Enterprise or Education Upgrades are required for fleet management and support.