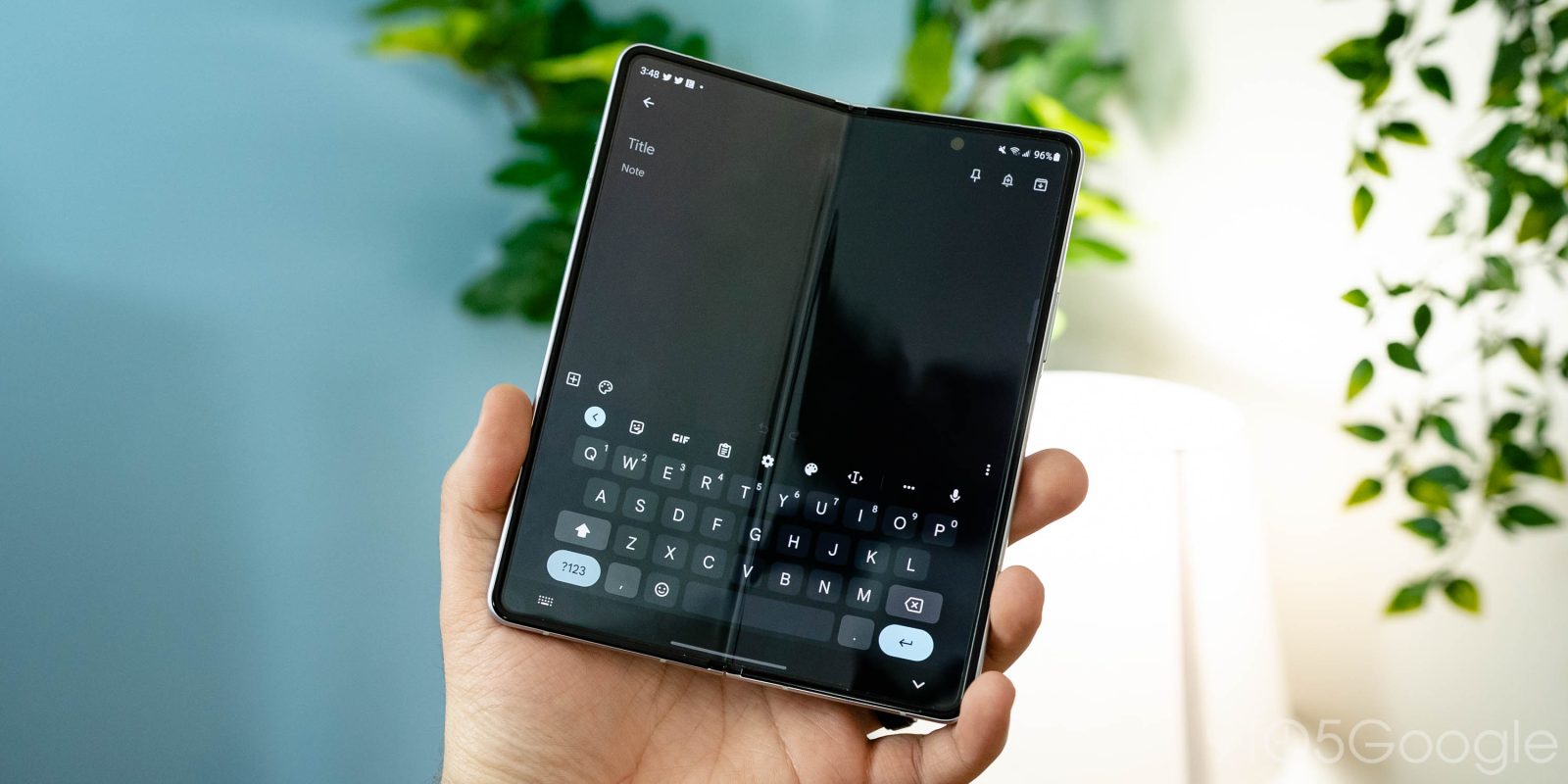 As Google has been pushing for better tablet and foldable support in Android, the company’s own Gboard keyboard has somewhat fallen behind. Now, it seems Google is working on improving its support for at least the Galaxy Z Fold 3, with a new layout going live in Gboard and a hint at more coming.

The latest Gboard beta arrives on the Galaxy Z Fold 3 with a revamped design and layout. The new layout, as pictured below, leaves some padding along either side of the keyboard and, in the Fold’s portrait orientation, goes back to a more traditional layout versus the tablet-focused design that was previously used.

This same layout is probably also available on Samsung’s older foldables, but as we reported back when the Fold 3 launched, those devices didn’t trigger tablet UIs as often, including with Gboard.

Notably too, this update also delivers a Material You theme to Gboard on the Galaxy Z Fold 3, a design we usually only see on Pixel devices.

Beyond that, the folks over at Android Police noticed that there’s a new “Split layout” setting visible on the foldable that isn’t seen on other devices such as the Pixel 6 Pro. The option reads:

Split layout to include duplicated keys

When the keyboard is set to split layout, some keys will be duplicated on both sides.

This new toggle mentioned a split layout, but as far as we can tell, that is not present on the Fold 3, even when the foldable is in landscape mode. Most likely, this toggle is preparing for a future addition to Gboard.