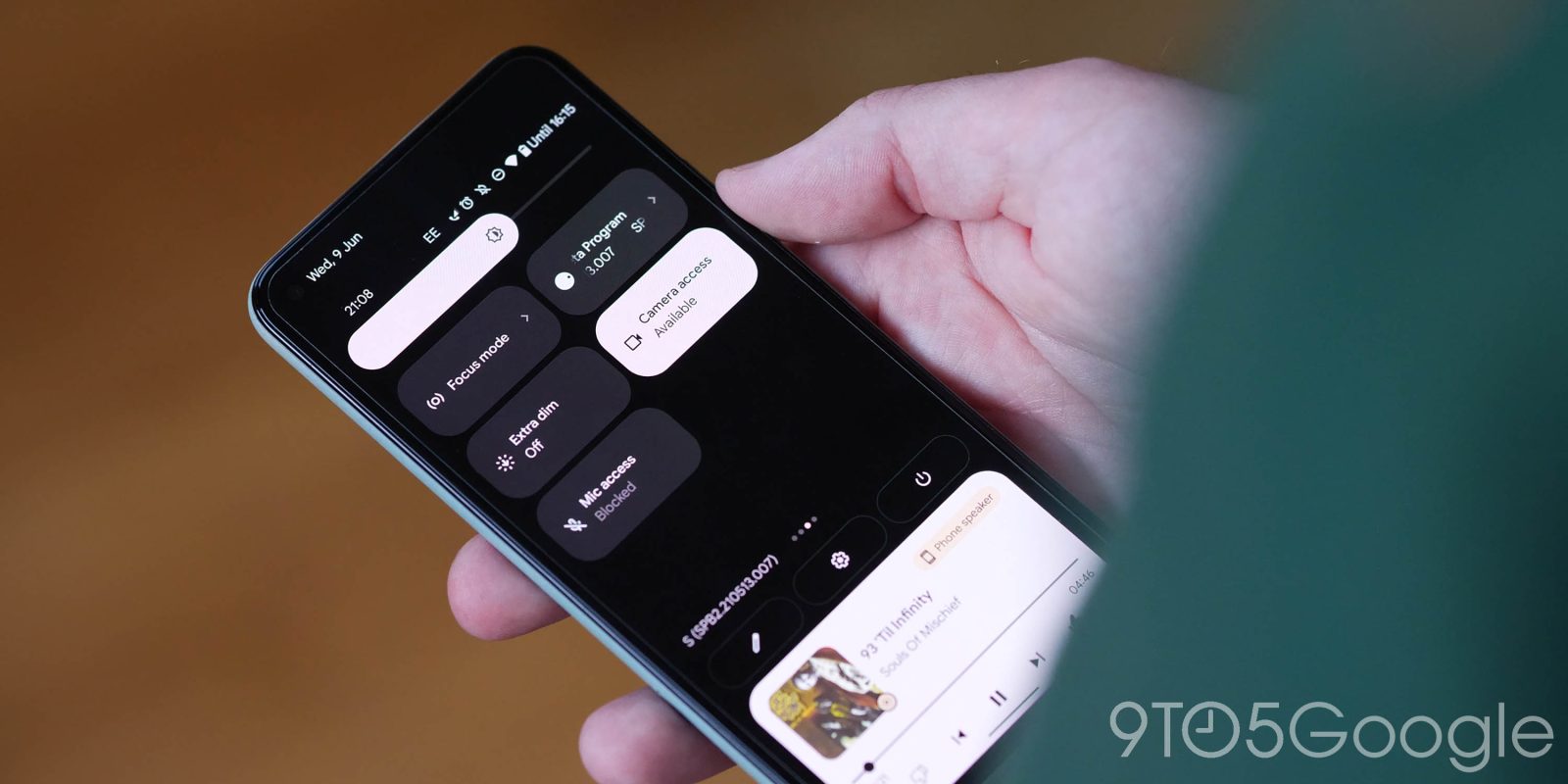 For the privacy-conscious, the Camera and Mic access toggles that Google introduced with Android 12 can provide peace of mind, and are generally more convenient than disabling those permissions outright for an app. By design, they’re quite strict and can be overly so, with there being upsides to future versions of Android introducing more granularity.

When Android’s Mic access toggle is set to “Blocked,” the sensor is disabled and no audio can be recorded unless you set it to “Available.” It’s the software equivalent of the physical microphone on/off switch found on Nest Smart Displays and speakers, and reflective of how people are at the very least — validity aside — perpetually concerned that their phones are listening to them.

In using the microphone and camera toggles since the launch of Android 12, I’ve come to find that they deliver on their intended goal of delivering peace of mind. That said, they do interfere with the most useful advancements of modern smartphones: on-device voice processing.

For starters, when the microphone is switched off, Assistant voice typing obviously does not work as there’s nothing for your Pixel to pick up. Even as somebody that considers themselves overly privacy-conscious, I think that’s pretty inconvenient and not the right trade-off.

The Assistant voice typing in Gboard that was introduced with the Pixel 6 works entirely on device. In the company’s words, the “text you speak stays on your device and isn’t sent to Google servers.” As an individual that’s more privacy-conscious than not, I’m actually fine with that class of listening – where the recording stays local – and there’s no chance of it ever making it off the device.

The same thing can be said about the Pixel’s Now Playing capability that ambiently identifies what songs are on in the background. What’s picked up is compared to a local song database, and it only ever goes to the cloud if you manually invoke a search.

A trickier area where exemptions could also apply is Google Assistant. If enabled, your phone will always listen for the hotword, but not send anything off to the cloud until “Hey Google” is heard. Today, the microphone toggle disables Hey Google detection entirely.

The new Google Assistant on Pixel is so fast because it processes commands locally and then makes a network request as necessary. One advantage of the NGA is that it can work offline for device commands like — the perpetually useful — turn on the flashlight, or increase the volume. Should the new Assistant be allowed to work even when the mic access is blocked if the resulting command is isolated to controlling a hardware function of your device?

Features that use on-device processing should be exempt from the mic toggle. If that weakens the privacy and/or trust angle of the microphone switch too much, another route would be letting end users explicitly exempt such features rather than making it the new default behavior. What do you think: