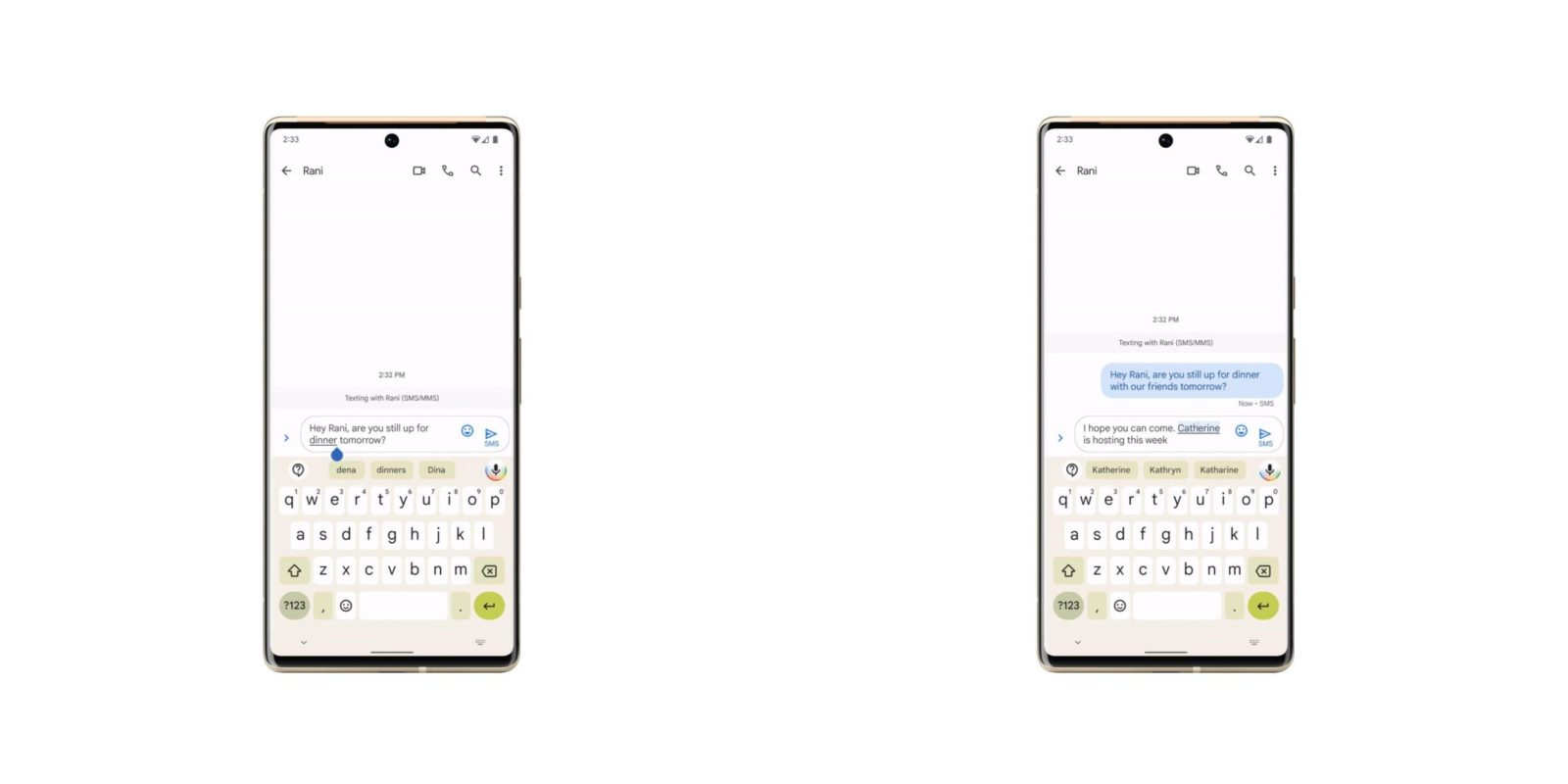 Since launching in 2019, the new Google Assistant (NGA) has let users issue commands much faster in a back-to-back, as well as offline, manner. The Pixel 6 brings that capability to Gboard for an “Assistant voice typing” experience that is an appreciable upgrade.

“Assistant voice typing” is more than just the hands-free dictation found in Gboard today. Users can edit and directly send messages entirely with their voice.

This includes being able to directly launch the text-to-speech capability with “Hey Google, type” when you’re in a conversation. The microphone icon, which has been redesigned with a mini light bar/arc, in the top-right corner can also be clicked, while a double-tap keeps dictation open until you hit it again, close the keyboard, or say “Stop.”

After text has been entered (and a pause), you can say “Send” to submit. However, Assistant typing also supports several voice commands that allow you to edit what was just transcribed. There’s “Clear” to remove the last sentence (with auto-punctuation available) and “Clear all” to get rid of everything in the text field. “Delete” works on the last word, while you can also “delete [specific word]” and “Undo” to take it back.

If the wrong thing was transcribed, users can spell it out letter by letter. A big usability change also allows you to move the cursor anywhere to insert text. In comparison, the experience today automatically exits voice typing when you touch the screen again.

Meanwhile, the upgraded feature lets you say “Next” or “Previous” to move through text fields. When composing emails, you can say “Set recipient,” “Add [contact] to Cc,” and “Set subject.” Lastly, Assistant voice typing in Gboard on the Pixel 6 supports emoji insertion by specifying the name and appending “emoji.” For example: LOL emoji, heart eyes emoji, thank you emoji, and beer emoji.

Gboard will offer relevant commands in the suggestion strip, while a question mark icon in the top-left corner shows you everything available.

Historically, transcription suggestions have been the same ones designed for typing, based on keystroke proximity. But that doesn’t make any sense if you aren’t typing with keystrokes. Now, Pixel’s model is phonetically based, meaning it suggests corrections that sounds similar.