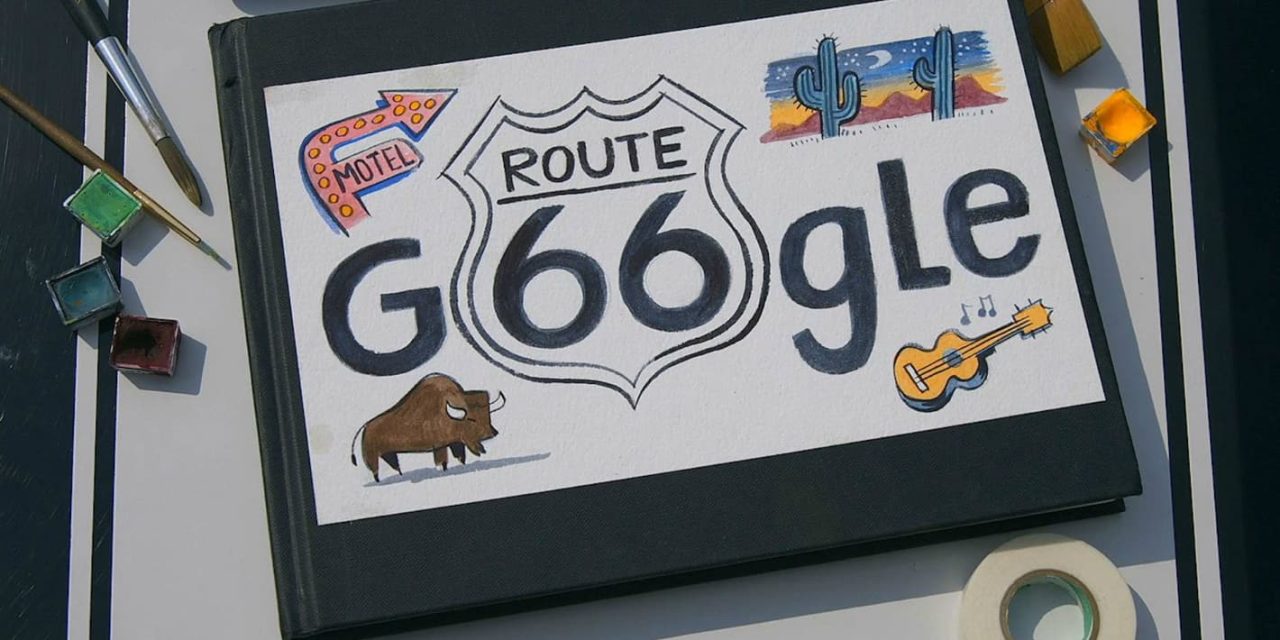 The latest Google Doodle celebrates the anniversary of the creation of Route 66, the famous highway that ran from Chicago to Los Angeles and serves as a historical touchstone in American car culture.

By the 1920s, automobiles were on the rise in the United States. For a point of comparison, Ford had just begun production of their affordable Model T in 1908, opening automobile ownership to the middle class.

In the first two decades of the new century, groups and companies were designating “auto trails” around the country, marking recommended routes for both cross-state and cross-country travelers. Over the course of the 1920s, the US began formalizing some of these trails into official routes of the United States Numbered Highway System.

On April 30, 1926, parts of three different auto trails — The Lone Star Route, Ozark Trails, and National Old Trails Road — were grafted to form US Route 66, running 2,448 miles from Chicago to Los Angeles. Route 66 — which wouldn’t be fully paved until 1938 — coursed through Illinois, Missouri, Oklahoma, Texas, New Mexico, and Arizona before arriving in California.

Between a heavy advertising campaign and the nature of being a relatively easily traveled path through a significant portion of the US, Route 66 brought tremendous traffic (if you’ll forgive the pun) to the communities and businesses that steadily built up along it, with significant opportunities for service stations, restaurants, and attractions of all sorts.

Things only grew larger from there following World War II, with many Americans moving west to start a new life in California and a love of cars and driving further blossoming. Some of the persisting aspects of American culture got their start near Route 66, including Red’s Giant Hamburg the first drive-through restaurant and the first ever McDonald’s.

Of course, all good things must come to an end, and Route 66 was no different. The 1950s steadily wore away at the charm and necessity of Route 66, most notably with the beginnings of the US Interstate System. Ultimately, Route 66 was decommissioned from the US Highway System in 1985, but the mark it left on American culture drives on.

To celebrate the history of Route 66, the Googler responsible for today’s Doodle, Matthew Cruickshank, drove the entire 2,448-mile stretch of Route 66. All along the way, he sketched and painted over 100 different works, which have been brought to life in today’s video Google Doodle, fittingly set to the classic track “(Get Your Kicks On) Route 66.”