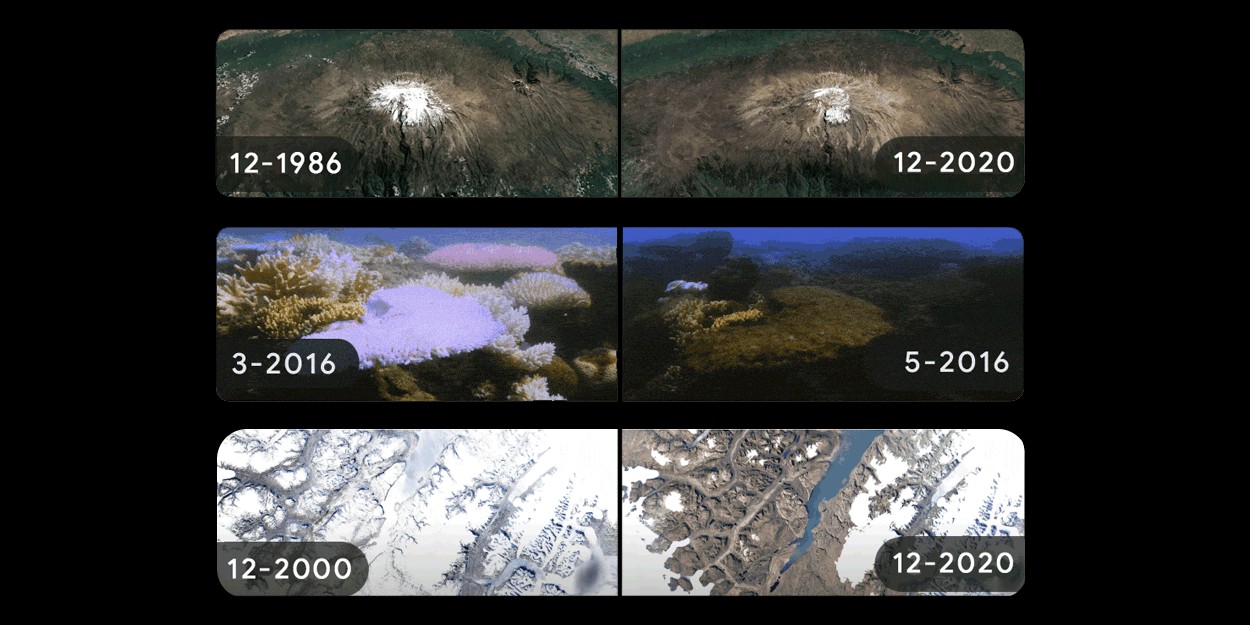 Out of respect for Earth Day, Google has replaced their homepage logo with a series of timelapse animations showing the harsh realities of climate change.

From time to time, Google temporarily replaces their homepage logo with another that’s usually made to be fun or delightful. Typically, these alternate logos — called Google Doodles — always incorporate some aspect of the usual design like the four-color scheme or the word “Google.”

For this Earth Day, Google is taking things in a different direction with an animated Doodle that sets aside delight and branding. On the Google Search homepage — as well as Chrome’s new tab page — people around the world will see one of four timelapse animations, showing the gradual effect of climate change on a part of the world over the course of months or years. Every few hours, Google will change to a different animation.

The first climate change animation to be shown on the homepage features Mt. Kilimanjaro in Tanzania, Africa. Over the course of December 1986 to December 2020, you can see the mountain’s glacier steadily and significantly shrink. Later in the morning, things will change over to an even more stark instance of glacier retreat occurring in Sermersooq, Greenland, between 2000 and 2020.

In the afternoon, things will switch to an animation of coral bleaching occurring near Lizard Island in the Great Barrier Reef across a year and a half. Coral goes through the process of expelling its algae — and therefore its color — in response to changes to the climate of the water, including the temperature, light level, and amount of nutrients.

The final animation shows the steady destruction of Harz Forests in Germany since 1995. According to DW, climate change in the area has led to droughts that have left many of the trees vulnerable to pests.

Most of these timelapses are powered by imagery from Google Earth, with the exception of the coral reef images, which come courtesy of The Ocean Agency. Needless to say, each of these animations is a powerful demonstration of what climate change has done to our planet, and putting them in front of millions of eyeballs through Chrome and the Google homepage makes a strong statement. If you’re interested in seeing similar timelapses on a broader scale, Google Earth offers satellite imagery dating back to 1984.