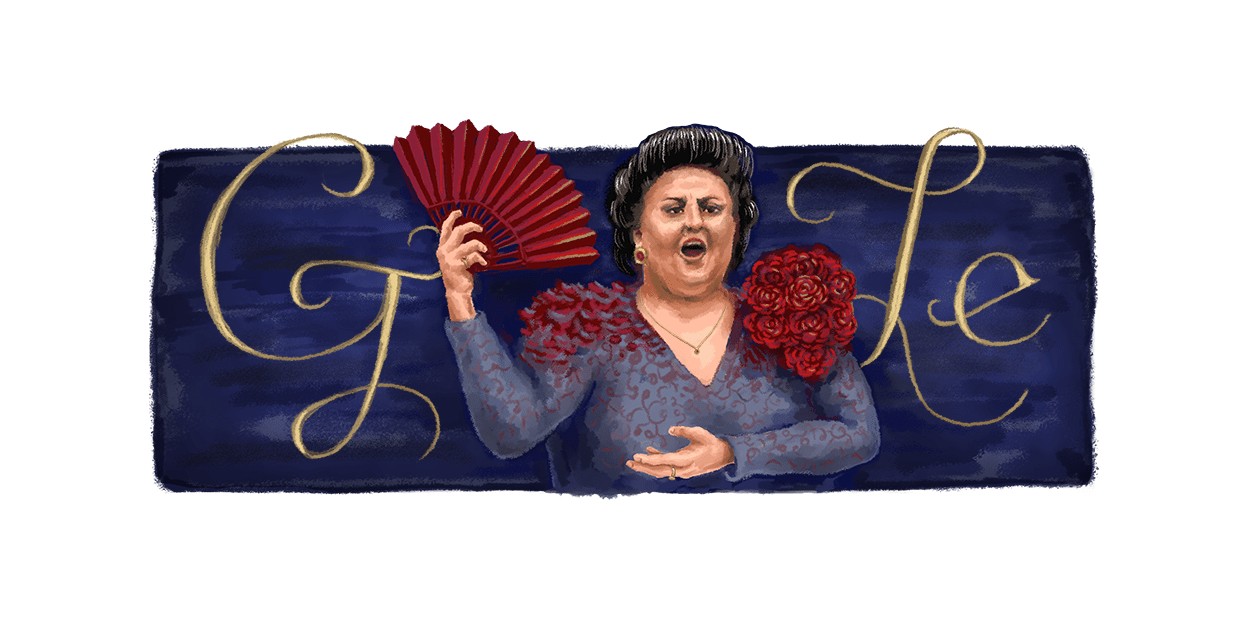 Today’s Google Doodle is a striking tribute to Montserrat Caballé, an opera singer perhaps most popularly known for her duet with Freddie Mercury.

Caballé was born on April 12, 1933, in Barcelona under the name María de Montserrat Bibiana Concepción Caballé i Folch. From an early age, she had a passion for music, attending music school and receiving singing lessons.

Shortly after moving to Switzerland, Montserrat Caballé made her debut as a professional opera singer in 1956, as a replacement member in a production of Puccini’s La bohème. In the subsequent decade, she steadily grew in popularity across Europe.

However, Cabellé’s breakthrough moment was when she was given the opportunity to join a 1965 performance of Lucrezia Borgia at Carnegie Hall in New York City. This performance was her first in the “bel canto” style of opera, but in short order, she grew to become world-renowned, gaining the nickname “La Superba.” Just three years later, she won the Grammy Award for Best Classical Vocal Performance for a recording of La bohème.

Modern audiences were reintroduced to Montserrat Cabellé in 1987 when she sang a duet with Queen’s Freddie Mercury entitled Barcelona, written and recorded to be the anthem for the 1992 Summer Olympics in Barcelona. A full album came out of the collaboration between the two stars, releasing the following year.

Caballé also devoted much of her life to good works and helping the needy, having been recognized as a UNESCO Goodwill Ambassador and establishing a charity to help impoverished children. Montserrat Caballé died on October 6, 2018, in her hometown of Barcelona.

In the Google Doodle devoted to Montserrat Caballé, we see the singer in a distinctly floral outfit, covered in roses. In keeping with this being a Google homepage logo, the company’s name is written out, with Caballé’s powerful pose forming the middle “oog” of “Google.”