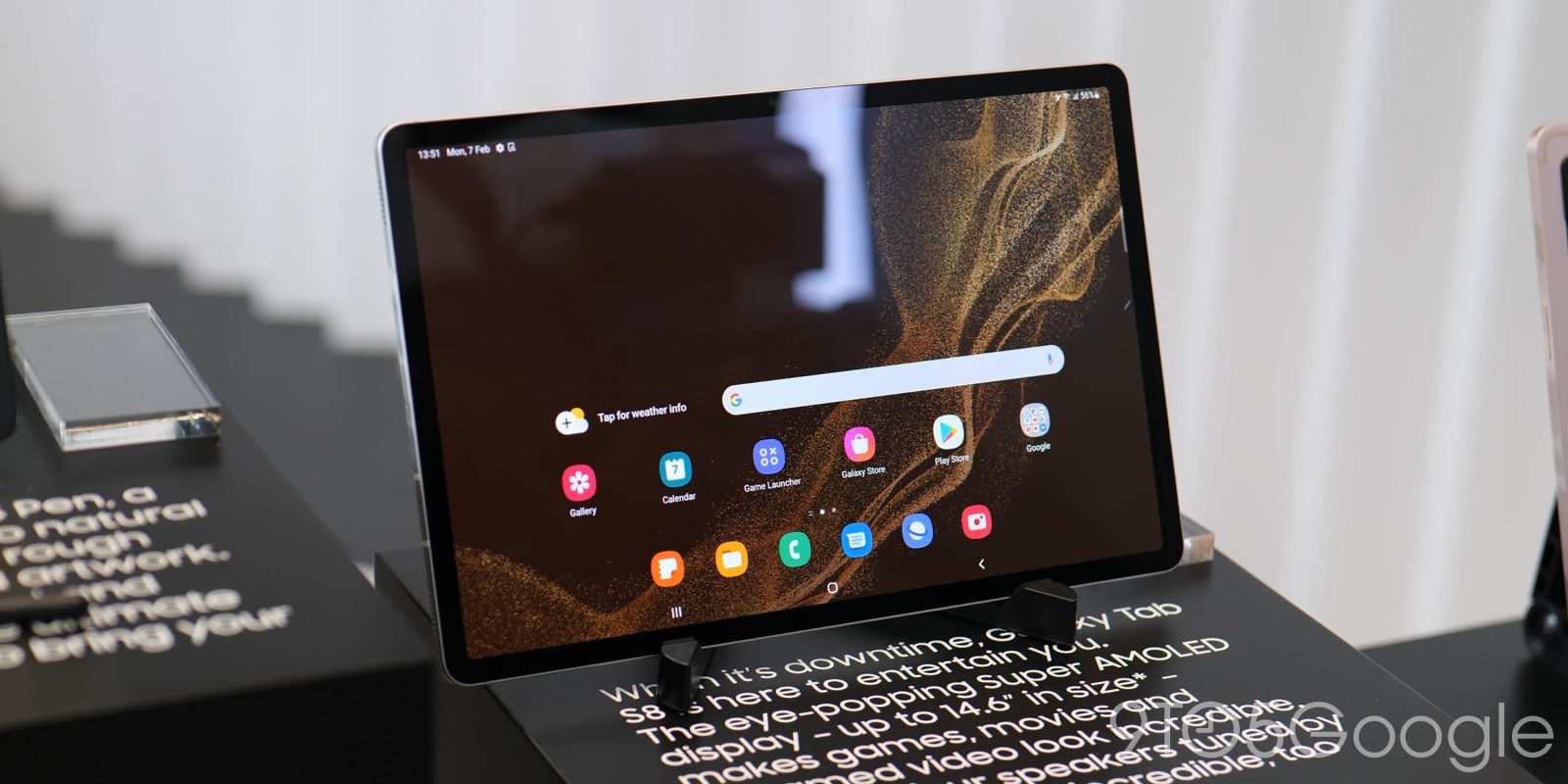 All of today’s best deals are headlined Samsung Galaxy Tab S8/+ at $100 off. That’s alongside ongoing Galaxy S22+/Ultra markdowns and Samsung’s PRO Plus 256GB microSD card for $35. Hit the jump for all that and more in the latest 9to5Toys Lunch Break.

Amazon currently offers the Samsung Galaxy Tab S8+ 128GB Android Tablet for $830 in three styles. Down from the usual $900 price tag, you’re looking at a new all-time low following the $70 discount today. This is also one of the first cash markdowns to date, as well. Samsung’s new Galaxy Tab S8+ arrives as its latest flagship tablet experience that’s centered around a 12.4-inch AMOLED screen. Everything is powered by the new Snapdragon 8 Gen 1 chip with at least 128GB of storage and 1TB microSD card support – throw in the S Pen support, Wi-Fi 6E connectivity, and all-day battery life to complete the package. Get a better idea of what to expect in our first impressions coverage.

Those who can get away with a smaller screen also stand to save on the entry-level Samsung Galaxy Tab S8, too. Delivering a new all-time low, this 256GB model is now sitting at $680 following a $100 discount from its usual $780 price tag. You can also score the 128GB capacity for $630, down from $700. Stepping down to an 11-inch LCD display, you’re still looking at much the same Gen 1 SoC performance as well as Wi-Fi 6E support and most of the other inclusions. Our hands-on coverage shows just how it compares to the Tab S8+, as well.

Amazon is currently offering the Samsung PRO Plus 256GB microSDXC Card for $35. Having originally arrived at the $55 price point, this one has more recently been trending around $45 with today’s offer matching the all-time low for one of the first times.

Samsung’s new U3 Class10 microSD card arrives with up to 160MB/s transfer speeds which delivers 4K recording from drones, DSLR, action cameras, and more. Its waterproof design can also withstand any accidental slashes and rounds out the package with added drop protection and more. There’s also a bundled SD card adapter, too. Our recent Tested with 9to5Toys review details what to expect from the experience.

Amazon is now kicking off the week by discounting all three of Samsung’s new Galaxy S22 series Android smartphones. Leading the way is the flagship Galaxy S22 Ultra 128GB for $1,000. While you’d normally pay $1,200, today’s offer is delivering a new all-time low at $200 off. This is only the third discount overall and $100 below our previous mention.

As the new flagship handset in the Samsung stable, the Galaxy S22 Ultra arrives with a refreshed, yet similarly-squared off design as last year’s model. New this time around is an S Pen slot to channel some Galaxy Note energy, as well as a 6.8-inch SuperAMOLED panel and the recent Snapdragon 8 Gen 1 chip. That’s alongside 256GB of storage, 12GB of RAM, and an improved 5,000mAh battery backed by 45W charging. Our launch day hands-on review details what to expect, and you can also save on the other Galaxy S22 series handsets right here.

Anker’s official Amazon storefront is now discounting a selection of its eufy smart cameras and security kits headlined by the new solar-powered SoloCam S40 at $170. Normally fetching $200, you’re looking at one of the first notable price cuts overall and the second-best to date at $30 off.

Arriving with the unique feature of sporting a built-in solar panel, eufy’s SoloCam S40 doesn’t need to be plugged in and relies on its internal battery for surveillance overnight or on cloudy days. On top of a 2K sensor for recording the goings on of your property, there’s also motion alerts which can activate the built-in 600-lumen spotlight for some added peace of mind. We found that its solar-powered design delivered endless smart surveillance in our Tested with 9to5Toys review, as well.

Amazon is now offering the Philips Hue White A19 LED Smart Bulb for $10. Normally fetching $15, this is matching the all-time low set last back in January at 33% off. Delivering the perfect solution to get in on the benefits of the Philips Hue ecosystem, this A19 smart bulb works by itself or with the brand’s stable of smart home accessories.

Its Bluetooth connectivity means you can pair it right to your phone to adjust brightness or status, as well as to Echo and Nest speakers and displays for voice control. Then there’s the Zigbee support, which brings HomeKit into the mix alongside advanced scheduling and automation support.