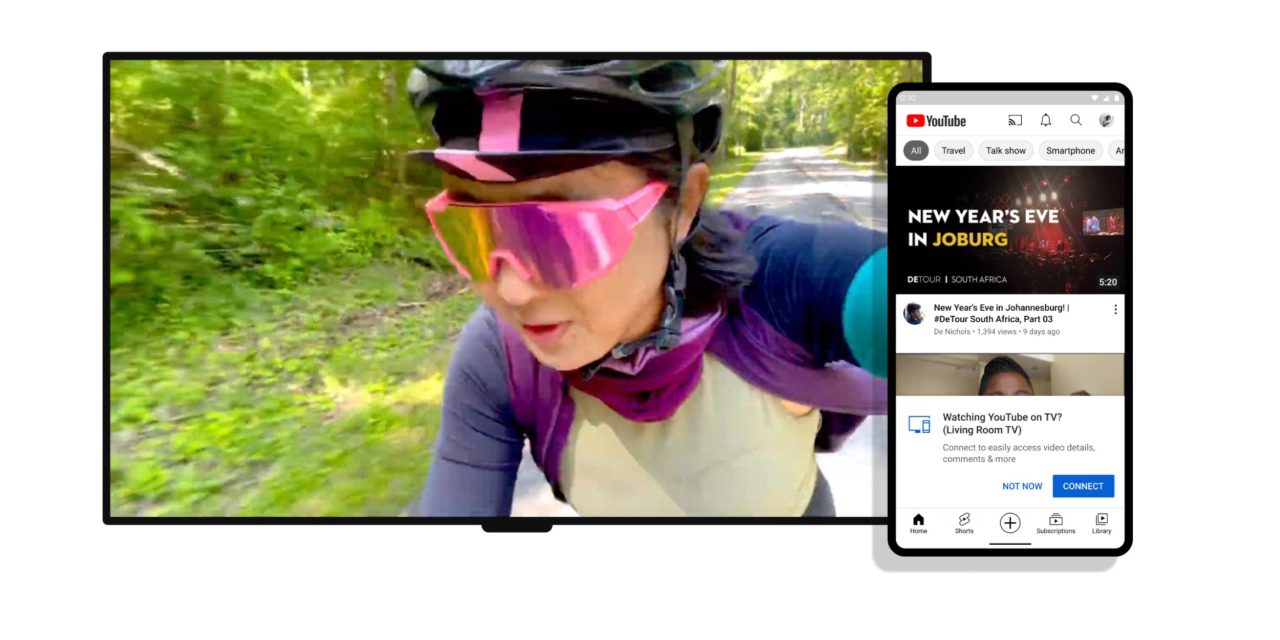 As teased by Sundar Pichai in April, the YouTube app on your phone will soon serve as a connected, second-screen experience for videos playing on your TV.

Connected (smart) televisions are an increasingly big way that people consume YouTube. Over 700 million hours of YouTube content (as of January 2022) is consumed on TVs daily. As such, Google set out to make that big screen experience as feature-rich as possible and found that the phone — which people are already using while watching — is the best solution.

Early on, we honed in on an interesting insight — over 80% of people said they use another digital device while watching TV. When we dug into this further, we noticed that people were not only simultaneously opening the YouTube mobile app, but were also engaging with the video (e.g. liking, subscribing) via their phones — all while playing the same video on the TV.

YouTube is making the phone — its mobile app specifically — “more deeply connected to the TV experience overall.” When both the YouTube app on your television and Android/iOS app are signed into the same account, a blue “Connect” button will automatically appear.

Once synced, you can easily read video descriptions, leave comments, share, or support creators by sending a Super Chat or becoming a paid member.

This feature is rolling out starting today, and YouTube is already exploring what other connected phone-TV experiences it will allows. One possibility is “browsing and shopping for products featured in videos – directly to the big screen to help you decide when to pick up your phone and engage.”