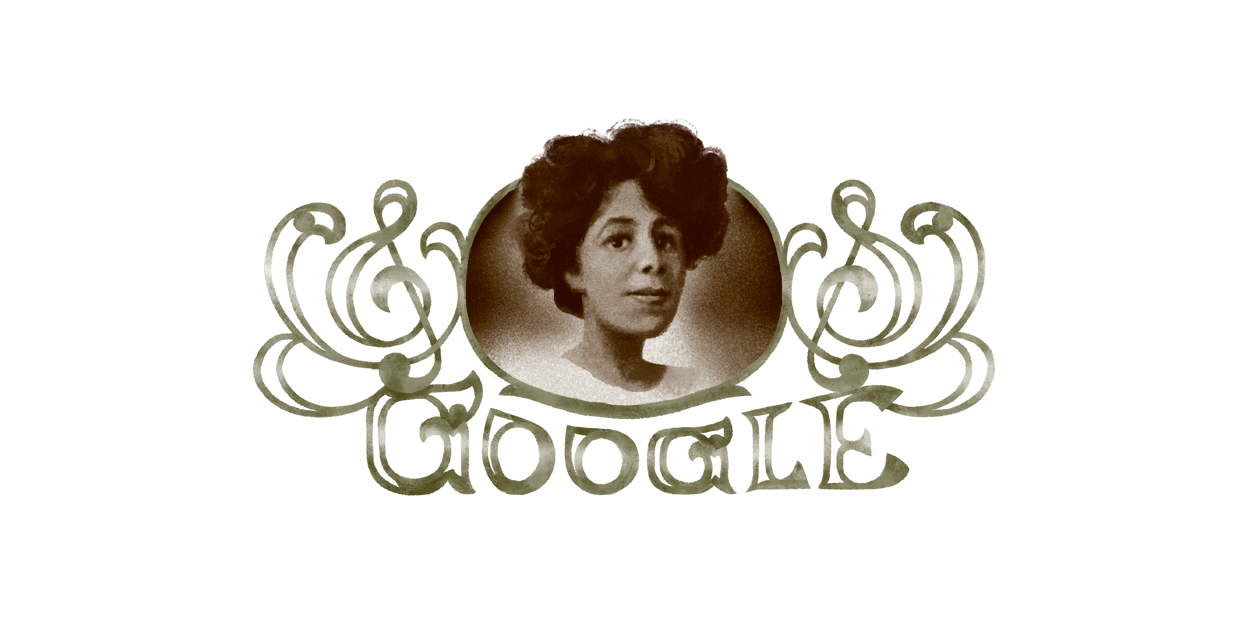 Today’s Google Doodle is in honor of Amanda Aldridge, an opera singer and esteemed composer of parlour music.

Amanda Aldridge was born on March 10, 1866, in London to a family of actors and musicians. Her mother was a Swedish opera singer, while her father was a renowned African-American stage actor. Having a natural talent for music, she studied vocals and harmonies at London’s Royal College of Music under the tutelage of greats like Jenny Lind and Sir George Henschel. After graduating, she embarked on a musical career of her own.

However, Amanda Aldridge’s concert career was cut short after a bout of laryngitis lead to a throat injury that damaged her voice. Instead, she turned her attention to being a music teacher, paving the way for numerous others to carry forward the great tradition of music. Some of Amanda Aldridge’s students include Paul Robeson, a prominent American actor and political activist, and Marian Anderson, the first African American singer to perform at the Metropolitan Opera.

Amanda Aldridge was also an accomplished composer in the sector of “parlour music.” In the time before record players were a common household item, the most efficient way for songs to spread was through sheet music. Parlour music was intended to be played at home with a piano — a common feature in middle-class homes — and accompanied by vocals.

Between 1907 and 1925, Amanda Aldridge composed over 30 works — often under the pseudonym “Montague Ring” — including the song “Azalea,” seen below. Her works were credited for expertly blending the diverse styles of her own ethnic background, often using lines from Black American poetry in her lyrics.

Amanda Aldridge introduced herself, at age 88, to the next generation of music listeners by appearing on the British television show Music for You. She passed away a year later, one day before her 90th birthday. As for why Google chose today to celebrate the singer, on June 17, 1911, played a recital at Queens Small Hall in London.

Today’s Google Doodle is primarily based on one of the few surviving photographs of Amanda Aldridge, showing the musician in her prime. Surrounding the central image, there’s a bit of decoration, crafted from the treble clef and bass clef of musical notation.