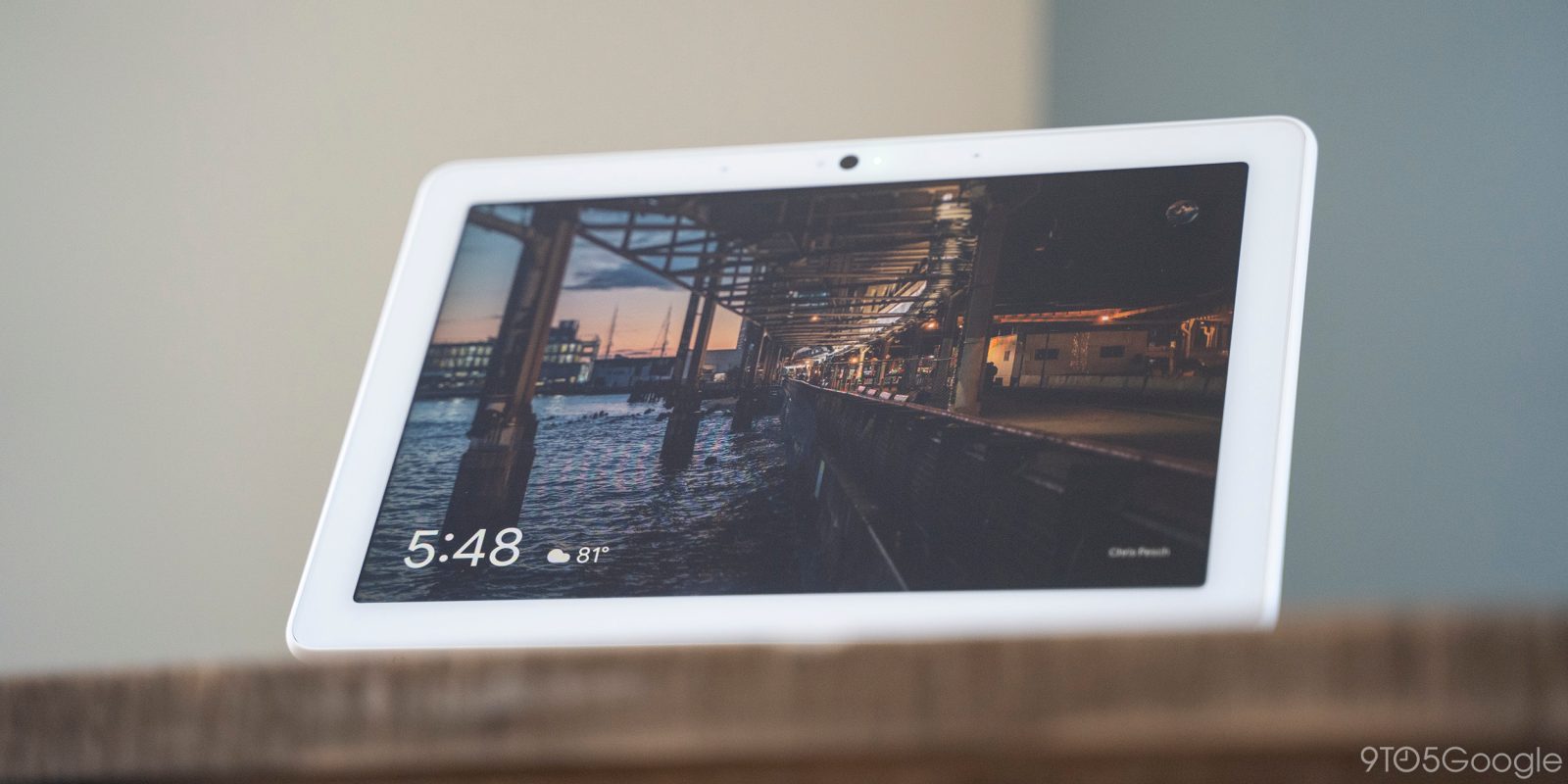 Google announced Fuchsia for the Nest Hub Max last week, and those on the preview program are starting to receive it. The only change is the addition of a Bluetooth menu in settings.

Back on the main Settings page, you’ll see a new Bluetooth menu item that shows devices previously paired to the Nest Hub Max. There are shortcuts to “Pair new device” and “Use display as a Bluetooth speaker.” This is much more convenient than having to use the Google Home app to establish the connection.

There’s otherwise nothing different with the Smart Display experience on Fuchsia, which is the entire point. Performance remains smooth and the camera works well.

We’re still waiting for the bigger interface redesign first seen on the second-generation Nest Hub in late March. Running on the previous Cast OS, it brought a quick settings panel when swiping down from the top of the screen. Dragging up from the bottom is entirely reserved for the grid of “apps.” This UI revamp has yet to widely appear. People who originally received that revamp have since lost it.

Looking ahead, version “F7” of Fuchsia at the end of next month will bring the previously detailed update that removes the Hub Max’s bridge and range extender capabilities. This is not the upgrade that adds Matter (over Thread) but rather is just preparation for it.