A look at Gmail’s Material You redesign on the web: Google Sans, themes, and more [Gallery] 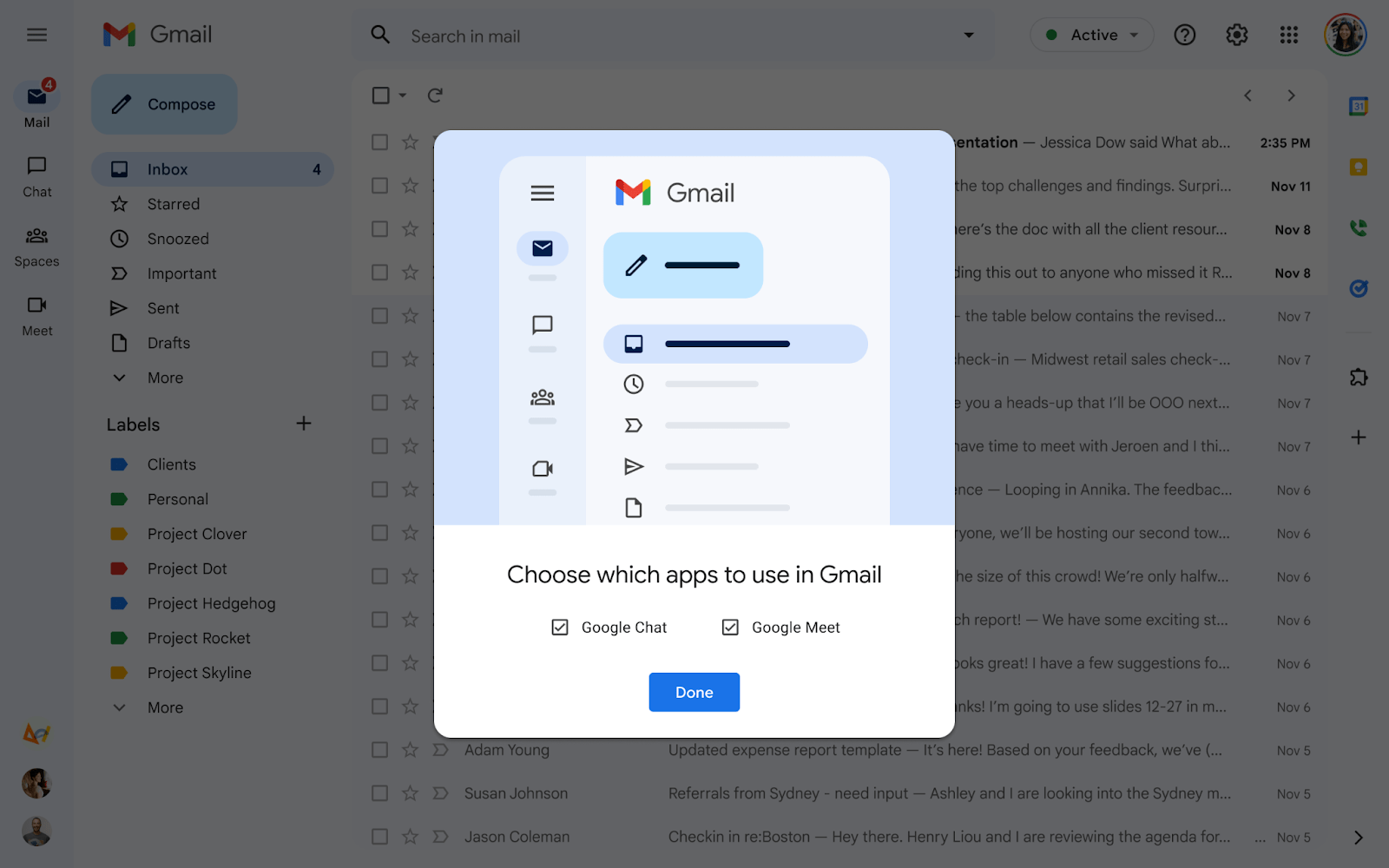 Google announced Material You for Gmail on the web this Thursday and it’s now starting to roll out. One notable addition that the company didn’t announce was the use of Google Sans.

Personally, we’re only seeing the revamp live in our Workspace accounts, but it’s also already appearing on personal Google Accounts.

The Material You redesign screenshots shared at launch used Google Sans Text, but Google Sans is live in Gmail today. Google Sans was detailed in 2018 as a size-optimized version of Product Sans, which is only intended for first-party product logos.

GS Text is “designed for smaller point sizes and perfectly suited for body text.” Google might not be ready to widely use that font yet.

Opening Quick settings from the gear icon in the top bar reveals the new “Apps in Gmail” preference to customize whether you want to see/use Chat (with Spaces) and/or Meet in an integrated view. Those icons will disappear from the left sidebar based on your selection, while unchecking both will remove that navigation element entirely and load the Gmail-only configuration.

The two rightmost screenshots in the gallery above also show the new shape for the Compose Floating Action Button. It replaces the pill-shaped button and matches the Android app.

Meanwhile, the actual compose window has been ever so slightly tweaked with a light top bar.

Lastly, you can still change the background theme so it’s not Material You’s default blue theme. From Quick settings, open the Theme menu. Like before, solid color choices include: Dark, Blue, Soft Gray, Lavender, Rose, Mustard, Wasabi, Spearmint, Seafoam, Dusk, Mahogany, and Eggplant. There are various pictures and you can upload your own image, too.

The UI will adapt accordingly, with the Compose FAB white in most instances. There’s no Dynamic Color, but one can only assume that’s coming soon to give online Gmail the full Material You experience.