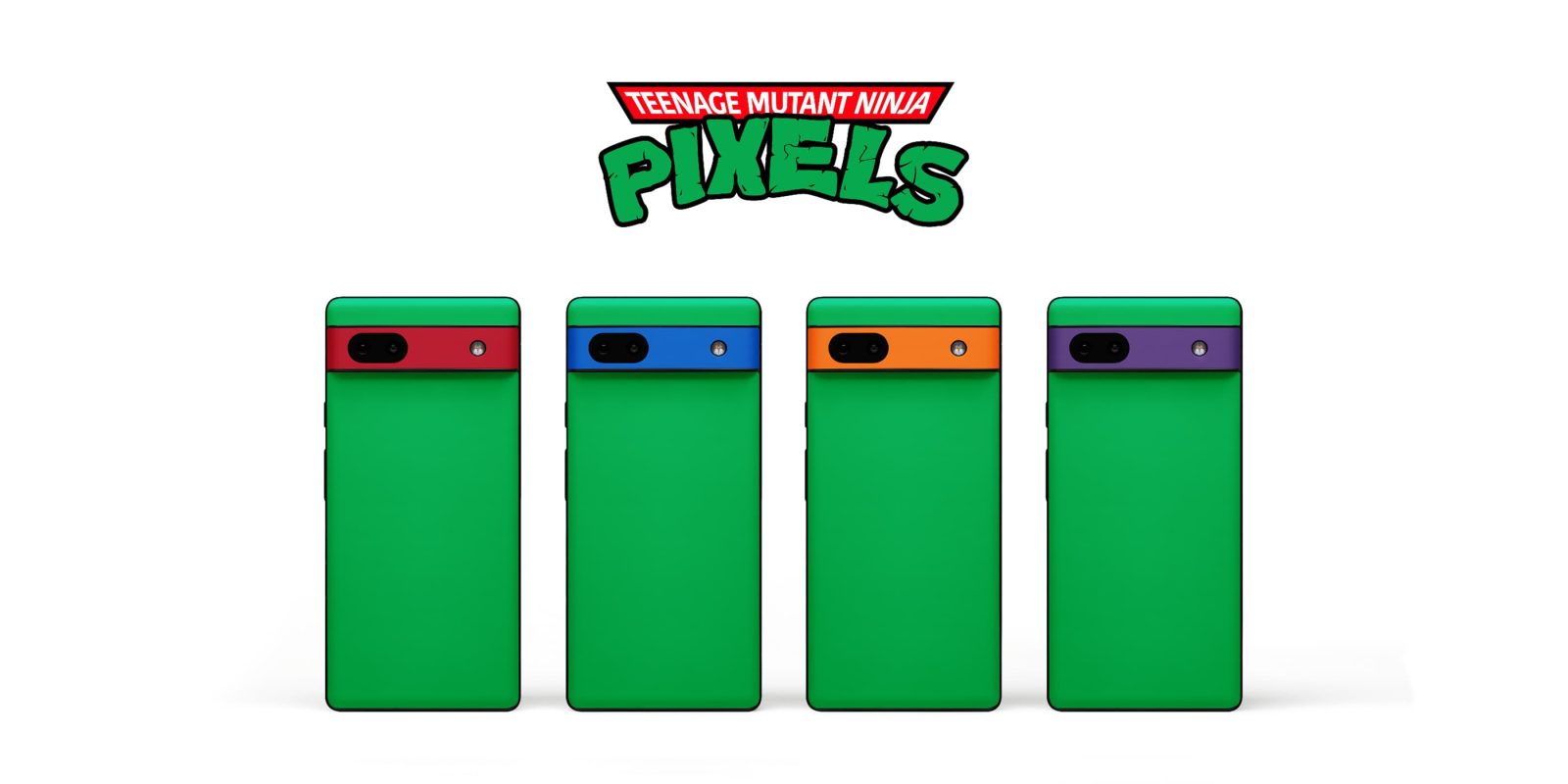 dbrand has historically been known for fun and joke products at the expense of popular devices, creators, and characters. From the Something skins that take inspiration from the Nothing Phone (1), to the Linus Face Tips skins making fun of Linus Sebastian, to the new Teenage Mutant Ninja Pixel skins, which make your Pixel 6a, 6, or 6 Pro look like one of the Teenage Mutant Ninja Turtles.

These limited edition skins came about after a joke tweet from dbrand went viral last year with pictures of the Pixel 6 Pro that were meant to look like the Teenage Mutant Ninja Turtles. With the Pixel 6a becoming available for pre-order today, dbrand decided to release new skins with pantone-accurate representations of the TMNT for the Pixel 6 series.

Monetizing nostalgia is a big business. Whether it’s a Netflix rehash of ’80s classics, the resurgence of flip phones, or the return of the Cold War – you’re constantly surrounded by reminders of a bygone era that you’re probably too young to remember. So, here we are. It’s 2022 and society has run out of new ideas, choosing instead to constantly repackage old ones. We want to cash in on that action.

Our Teenage Mutant Ninja Pixels skin has been faithfully designed to conjure up warm feelings of a time when houses were a thing you lived in, not a speculative investment you can’t afford. Consider this a downpayment on the lifetime of disappointment that lies ahead.

These skins will be available for $24.95 starting today and will include all four “headband” colors and a “Ninja Turtle Green” back skin. All of these skins have a matte texture matching their previous Something skins. You can get the Teenage Mutant Ninja Pixel (6, 6 Pro, and 6a) skins from dbrand for a limited time.