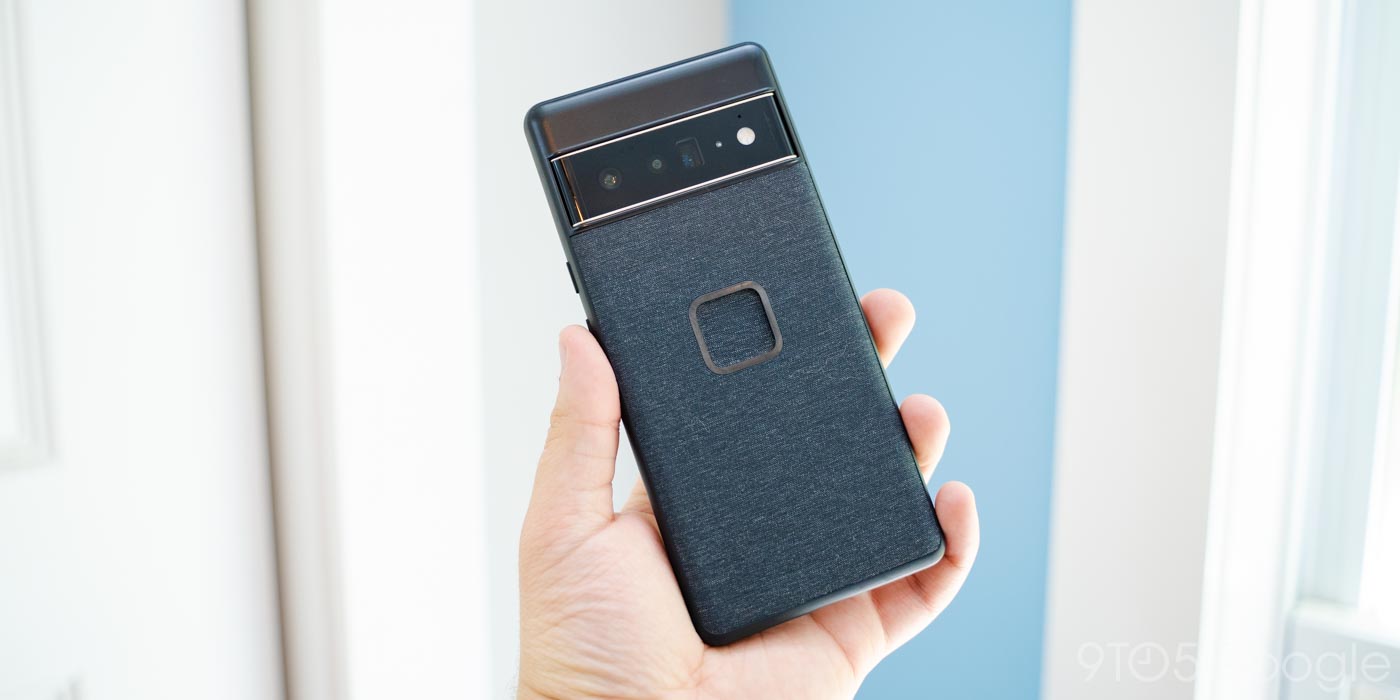 One of our favorite cases for the Pixel 6 and Pixel 6 Pro so far has been Peak Design’s excellent Everyday case with its MagSafe support and stellar accessories. The case has been pretty tough to obtain ever since it debuted, but now, Peak is offering some insight as to what’s been going on.

The Peak Design Everyday Case for the Pixel 6 and Pixel 6 Pro is a relatively thin case with a nylon fabric backing and a couple of neat tricks.

The case has magnets that just so happen to work perfectly with accessories in Apple’s MagSafe ecosystem, as well as Peak’s own magnetic accessories such as the wallet I’ve been carrying for the past few months. There are also some video-specific tools such as a tripod and backpack mount that really extend the flexibility of this case.

As it turns out, a lot of folks agree, and it’s been tough for Peak to keep up with demand. If you head over to Peak Design’s site, the company’s Pixel 6 and Pixel 6 Pro cases are either in limited stock or sold out entirely. And that’s been happening for months now, with some users who ordered as far back as April 2022 still without a case.

The short story here is that a “supply chain hiccup” and failures with Peak’s supplier led to these delays, and we’re sort of at fault, too.

According to Peak, our review of the Everyday Case back in May led to the cases “selling out rapidly,” with a rush order for more cases coming in the following days. But the bigger issue was with the replenishment of stock. Peak’s suppliers sent out cases with a fabric layer that was too thick. Peak says it has extremely tight tolerances for the thickness of the nylon layer to ensure the performance of the magnetic and attachment mechanisms, and because the issue was not communicated by the supplier, it led to a month of delays.

The company has since placed an order for new Pixel 6 cases, but their supplier has reached maximum production capacity, further delaying the cases from arriving. Peak says it has also ordered $100,000 worth of additional fabric to help ensure that component isn’t an issue going forward.

Peak came to Reddit with this explanation as a gesture of goodwill to customers, and there’s also been email communication regarding the matter. In a statement to 9to5Google, Peak’s CMO explains:

Being honest with your customers is not rocket science: tell folks how things got f’d up, do what you can make it less bad, and show some empathy. Generally when you do those things, your customers will show empathy in return. Relationships are built on mutual respect, and the best way to garner respect is to give it.

If you’re still on the waiting list for an Everyday Case – and again, we can’t recommend it enough, I still use it daily – Peak is offering a free Universal Adapter, which allows Peak’s other accessories to work with your phone while waiting for the case itself. The company has also confirmed it plans to support the Pixel 7 and Pixel 7 Pro.