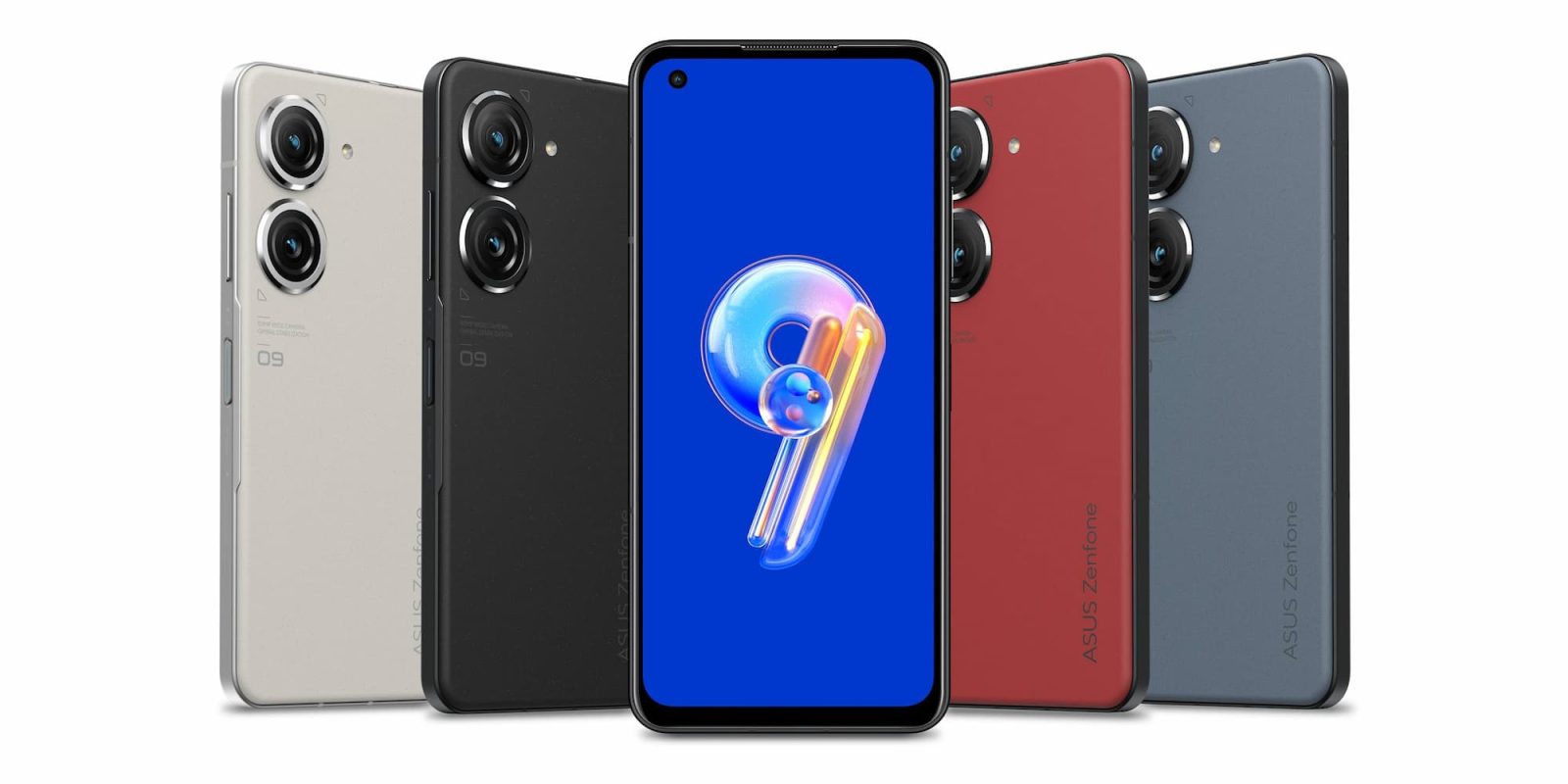 Launching first in Europe, Hong Kong, and Taiwan, the Asus Zenfone 9 delivers one of the only small flagship smartphones left in the Android world. The 5.9-inch device is described by Asus as “ultra-compact,” measuring 146.5 x 68.1 x 9.1 mm. For sake of comparison, the Pixel 6a measures 152.2 x 71.8 x 8.9 mm – considerably larger than the Zenfone 9, but even that is compact compared to most other devices nowadays.

But despite that small size, the Asus Zenfone 9 packs a punch.

The display itself is a 1080p AMOLED display with a 120Hz refresh rate, HDR10+ support, and it’s covered in Gorilla Glass Victus too.

Under the hood, the Zenfone 9 has a Snapdragon 8+ Gen 1 chip, up to 16GB of RAM, up to 256GB of storage, and Android 12 out of the box – Asus will offer major Android updates for two years and security patches for three years, an admittedly weak policy compared to Google and Samsung.

The camera array consists of a 50MP primary sensor that has a special six-axis gimbal stabilizer. That’s backed up by a 12MP ultrawide camera, and there’s also a 12MP front-facing camera too.

Rounding out the spec sheet, there’s IP68 water resistance and a 4,300 mAh battery with USB-C charging up to 30W – there’s no wireless charging. There’s also a side-mounted fingerprint sensor that can scroll in the software, and even a headphone jack – something else that’s remarkably rare.

Asus will eventually sell the Zenfone 9 in the United States in its unlocked form, but as mentioned, the device will launch in Europe, Hong Kong, and Taiwan first. The phone carries a price tag of €799, which is exactly equivalent to $800 USD right now. But, we’ll have to wait for a formal announcement for anything finalized. The phone is available in four color options.